Space Jam 3: Everything We Know 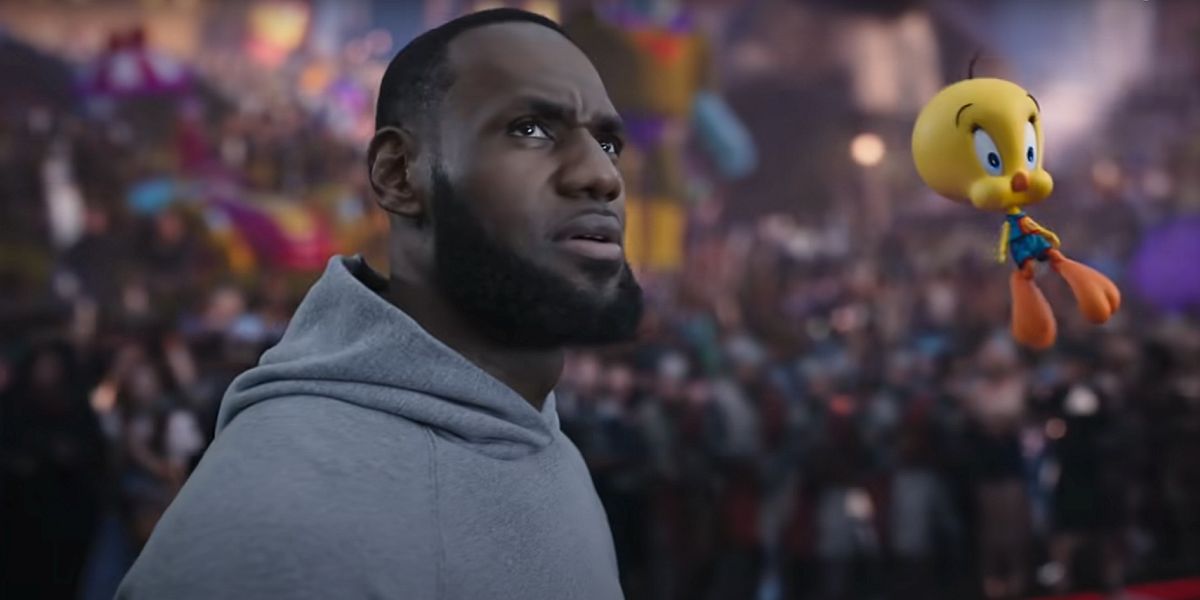 ‘Space Jam: A New Legacy’ is the much-awaited sequel to the 1996 hit sports comedy ‘Space Jam.’ The standalone sequel swaps basketball legend Michael Jordan for NBA superstar LeBron James in the lead role. The animated/live-action film from director Malcolm D. Lee follows LeBron James and the Looney Tunes as they band together to defeat the villainous AI named Al-G Rhythm.

The sequel takes place in a virtual space in comparison to the original’s outer space setting, which is just one of the many changes in the new upgraded and flashy entry. Thankfully, there are enough looney antics from the Tunes and an emotional father-son bond to keep the audience hooked. Naturally, if you enjoyed the family-friendly joyride, you must be wondering whether LeBron and the Looney Tunes will be joining forces once again in the future. In that case, allow us to share everything we know about a sequel to ‘Space Jam: A New Legacy.’

‘Space Jam: A New Legacy’ was released by Warner Bros. Pictures on July 16, 2020, in theatres and on HBO Max (for a month). The film has received mostly negative reviews from critics who criticized it for heavy-handed promotion of the studio’s IPs but praised the movie’s meta-humor.

As far as a third installment in the franchise is considered, it seems nothing is quite set in stone. Director Malcolm D. Lee has expressed his interest in returning to helm a sequel but was cautious to note that the chances of a follow-up materializing depend on the audience’s reaction to ‘Space Jam: A New Legacy.’ “I never say never. It’s all going to be about whether the fans respond to this positively,” Lee told EW.

Lee’s words seem to hint that a sequel isn’t in early development but there is a possibility depending on the performance of ‘Space Jam 2.’ Therefore, it is fair to assume that the studio could officially announce a sequel to ‘Space Jam: A New Legacy’ if the movie performs as per the studio’s expectations. However, considering the nearly 25-year gap between the first and second installment, it is possible that finding the right concept and lead star for the threequel could take a while. If things do pan out smoothly, ‘Space Jam 3’ could be set to release sometime in 2024, at the earliest.

For ‘Space Jam 3,’ it is possible that LeBron could continue in the lead role, or a different sports icon could take his place. Most of the voice cast ideally returning as the Looney Tunes in the follow-up is a safe bet. Malcolm D. Lee has said that he’d love to have actor Dwayne “The Rock” Johnson on board for a prospective threequel. Cheadle could also reprise his role depending on the plot.

Space Jam 3 Plot: What Can it be about?

In ‘Space Jam: A New Legacy,’ LeBron defeats Al-G Rhythm’s Goon Squad with his Tune Squad and succeeds in earning a return to the real world for all the captive viewers, his family, and himself. The ending nicely ties up the arc of LeBron and Dom, highlighting the father-son relationship. The ending leaves little room for a follow-up, but the fate of Al-G Rhythm remains unclear, and the nefarious AI could be out for revenge in the next installment. Should Dwayne Johnson replace LeBron as the lead star, a wrestling-based story would make sense. Personally, we’d love to see the Looney Tunes team up with multiple sports icons in an Olympic style intergalactic sporting event.

Read More: Does Space Jam: A New Legacy Have an End-Credits Scene?