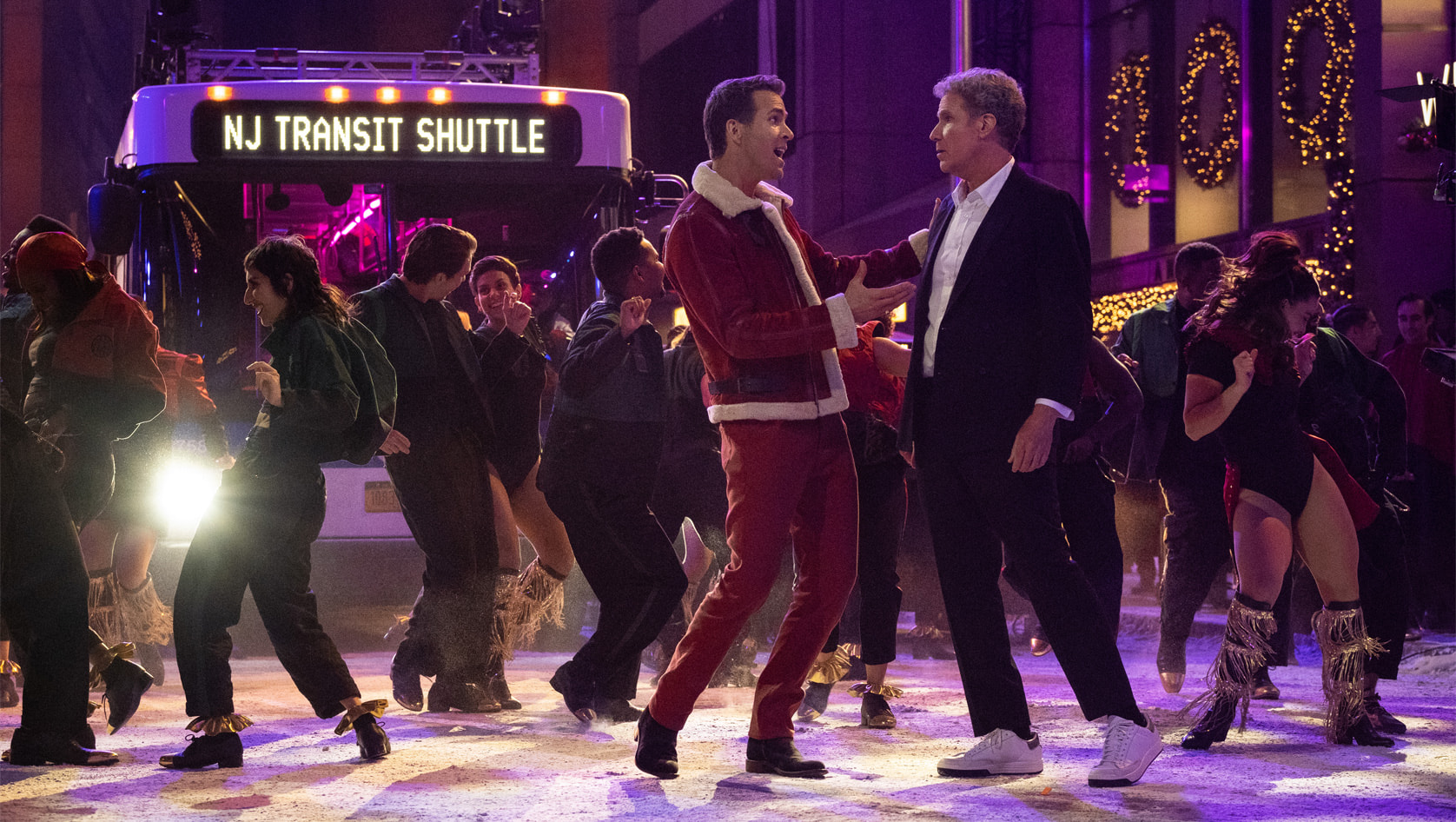 Directed by Sean Anders, Apple TV+’s ‘Spirited‘ is the modern retelling of the famous Charles Dickens story ‘A Christmas Carol.’ Narrated from the ghost’s perspective, it follows the Ghosts of Christmas as they pick a tormented soul to reform and spread joy. Brimming with foot-tapping tunes and a heartwarming story, ‘Spirited’ is a musical comedy that makes for the perfect Christmas watch for anyone looking for a holiday treat. The songs add to the emotional quotient of the plot and make the turning points feel more prominent. Featuring Ryan Reynolds and Will Ferrell in lead roles, they ensure that the movie is a laughter riot. If you want to dive into the intricacies of the ending of ‘Spirited,’ then look no further, as we have all the details for you. SPOILERS AHEAD!

They are all about changing hearts, spreading joy, finding souls that can make a difference, creating multitudes of kindness ripples, and ensuring that every living soul is a positive force for humanity. Jacob, the head of the establishment, presents the year’s perp or selected soul to reform, but Present finds another guy Clint Briggs who perfectly fits the bill. Jacob does not agree at first, but when Present threatens to accept retirement, he quickly gives in.

Clint is handsome, persuasive, and charming, but all for the wrong reasons. And most importantly, he is unredeemable as per the establishment’s records. As they research Clint, they find that he creates chaos for a living. He spreads scandals and controversies that can benefit his clients and improve their public image. He also believes that people can never change and always sees the worst in people. Clint sees hate as the most powerful tool in the world and commercializes his business.

As the story progresses, we see Clint go on a rocky expedition to his past, present, and future that can determine if he has any goodness left in him to redeem. ‘Spirited’ also focuses on Present’s life experiences for us to know who he is and why he’s the way he is. His love interest, Kimberly, is Clint’s Executive VP. She also plays a key role in Clint and Present’s character development. The plot centers on Clint’s redemption and Present’s wishes. It comments on people’s stubbornness and how some experiences can make them feel stuck.

Spirited Ending: Does Clint Change? Is He Redeemed?

Clint spreads misinformation and controversies for the benefit of his clients worldwide. He incites the fight in people with his power of persuasion. And this is why Present thinks Clint should be their next big haunt. He will be their whale, as he can cause unimaginable ripples through society once he turns good. But Jacob reveals him as unredeemable because of Clint’s strict belief that people never change. 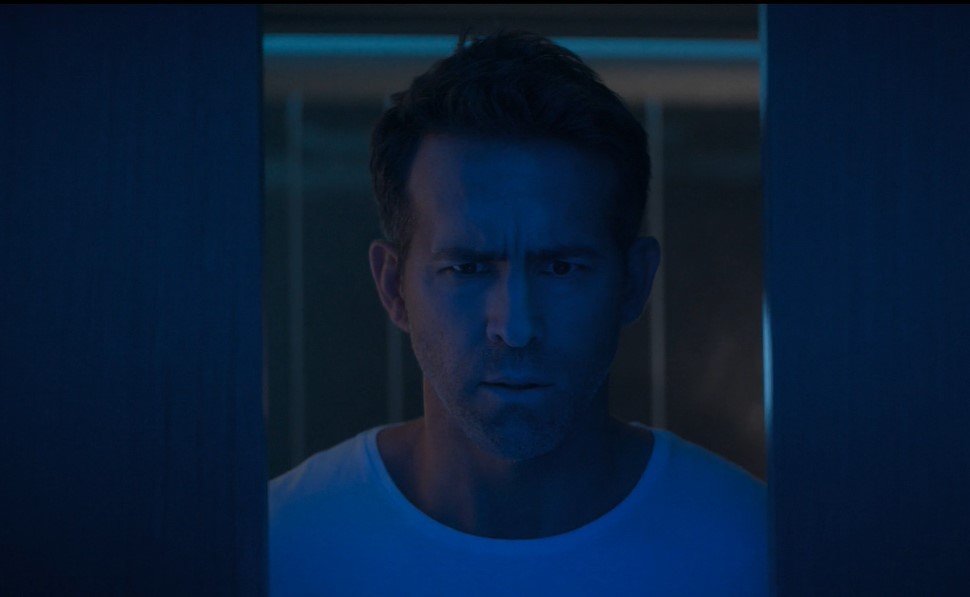 Present chooses him as he sees his misdemeanor during the Association meeting. He sings about morality when he is the complete opposite. Present even describes him as the perfect combination of Mussolini and Seacrest. He believes his charm and persuasive personality can greatly benefit a global reach. Clint is seen as capable of creating ripples that will have lasting effects. Even though Jacob describes him as “a level 20 pain in the ass”, Present believes he is redeemable. This is also because he is the only other unredeemable soul to go through the program.

As per the rules, Clint meets the Ghost of Christmas Past, Yet To Come and Present to see his life unfold before his eyes. He is made to relive all the moments that made him who he is. From his childhood miseries and difficult breakups to career disruptions and personal struggles, we see it all to truly understand what makes Clint the way he is. After running away from a painful memory, he lands in the establishment and witnesses all the research and team that works behind the scenes. Clint then goes on to question the credibility of the Ghosts and what makes them sit and judge the choices of people who are out there living in the real world. He asks Present what makes him continue the job when humanity has not become any kinder in the recent past.

Consequently, Present takes him on a journey through his past and his days on earth. Even there, Clint manages to create a ruckus, proving to everyone that he is indeed unredeemable. The situation worsens to a point where even Present is persuaded to go bad and be a jerk for a moment. Clint reflects on today’s society and how people lose sight of themselves in their efforts to be successful and wealthy. He does everything in his power to come out on top and destroys everyone in his path without a second thought.

However, as the Ghost of Christmas Yet To Come shows him the outcomes of his advice and actions, Clint soon realizes his wrongdoings. He sprints over to Wren, his niece, to stop her from posting a video about a classmate that can lead to him dying by suicide. He does not get there in time, but Kimberly makes Wren understand that she is what she chooses. Believing he has changed, Present expects the spirits to show up for his redemption, but nothing happens. This is because Clint did not change. He just reversed one wrong action. He expresses how he will go to work and continue doing what he does. Furthermore, the act of goodness was not committed by him but was due to Kimberly’s advice. He just took a step in the right direction.

But what makes this movie truly meaningful is the poetic end as Clint jumps in front of a bus to save his new friend and bro Present. The scene freezes as the spirits finally come down to celebrate their perp’s transition to goodness, but as the song ends, Clint faces the consequences of his sacrifice. After earning his redemption, he sees his dead sister Carrie who hugs him with pride. To a more gleeful end, Clint becomes the Ghost of Christmas Present and leads the establishment to expansion with grace.

How Did Present Become a Ghost? Does He Retire in the End?

When Present takes Clint on a journey through his living days, we see how Present was really Ebenezer Scrooge, a cruel businessman in the 1800s. He lived a lonely life where he tormented people and never came close to anyone. Clint sees how truly unredeemable Present is back then but still remains stuck in his ways. As Clint asks him how he died, Present hilariously replies, “Nothing fancy. The leading cause of death back then was January.” They have a great laugh about this and keep drinking.

Scrooge was fairly old and sickly in the flashback, so it’s safe to assume that he died of natural causes after three and a half weeks. It could be pneumonia due to the cold weather and unavailable commodities. So, as he becomes the Ghost, Present feels a rush from saving people and making them good. He loves the feeling of being able to make a difference and aspires to do it as much as he can.

However, Present has been due for retirement for over 46 seasons in the movie. He seems scared to return to earth as he still sees himself as unredeemable. He fears he will make the same mistakes and push away everyone who comes close to him, even though his dream is to fall in love and have a family. This is where Clint plays a massive role in his story. ‘Spirited’ is a movie on the ripple effects of kindness, as good people can initiate change that can do wonders for society. But with the characters and the story, the makers have done a splendid job of showcasing ripple effects of inspiration for each character.

Clint takes inspiration from Present to be good and to savor the rush that fills your heart when you do something good. Present, on the other hand, is inspired by Clint’s bravery in facing his demons and making peace with his life. Clint encourages Present to go for his dreams and not be stuck in a job for 46 more seasons. Retiring from the job will get Present everything he ever dreamed of – meeting a nice gal, falling in love, and having kids. Present will be able to live everyday life. He decides to retire for his happiness and takes a chance at his goodness. Furthermore, Kimberly feels inspired by Present as he quits his job to be human again. She quits the inhumane job that makes her feel guilty and terrible and goes on to find something better to do. 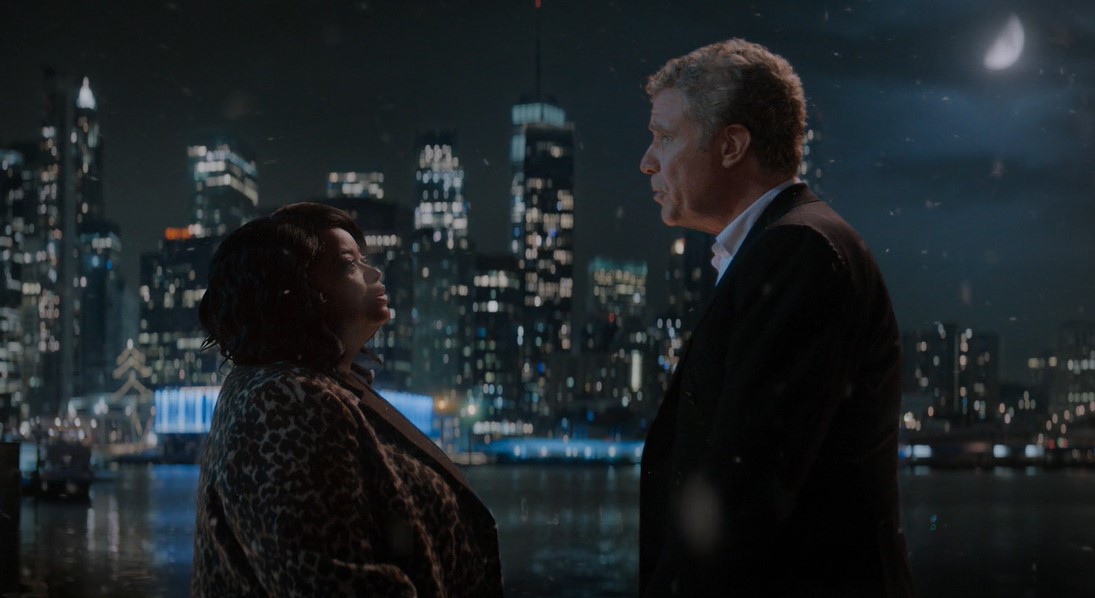 The most crucial part of Present’s decision to retire is Kimberly. As soon as he sees her, he falls in love with the kindness and warmth she exudes. He even lets her see him when nobody else can. Their kindness pulls them closer, and fate does the rest. The desire to be with Kimberly and the courage from Clint allows Present to retire and become human again, to feel all human feelings again. He goes on to live a happy life with Kimberly and their two kids.

Read More: Do Will Ferrell and Ryan Reynolds Actually Sing in Spirited?