Star Wars: The Rise of Skywalker: Everything We Know 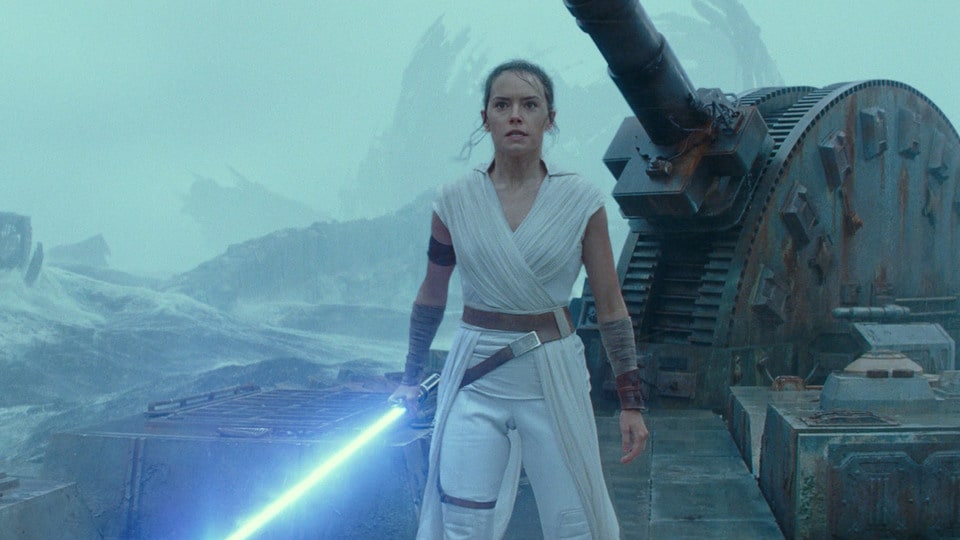 The story started a long time ago in a galaxy far far away. Since then, ‘Star Wars‘ has become one of the most successful movie franchises, well-loved by fans for introducing us to splendid characters and an intergalactic battle that we just cannot forget. Fast forward to the present and there are so many installments in the franchise that it will make a newcomer’s head spin. However, fans of ‘Star Wars’ have a reason to rejoice as ‘Star Wars: The Rise of Skywalker’ is the latest addition that is headed their way.

The movie is slated to be the finale of the ‘Star Wars’ sequel trilogy, and more importantly, it is expected to bring the Skywalker Saga to a close. The premise of the movie is how no one is really ever gone, and how we will see the Skywalker Saga continuing to its inevitable conclusion when the movie releases. Details about the film have been scarce since the people behind the project have chosen to keep things under wraps, to maximize the anticipation and excitement about ‘Star Wars: The Rise of Skywalker’. However, we can understand the point of the fans who want to have their ducks in a row before they go in to watch the movie. With the release of ‘Star Wars: The Skywalker Saga’ nearing, we bring you everything that we know about the project.

Star Wars: The Rise of Skywalker Plot: What Is It About?

The plot of ‘Star Wars: The Rise of Skywalker’ does not immediately pick up from after the events of the first movie. Instead, there is a time jump as we move a year ahead to the future. After the events that transpired in the ‘The Last Jedi’, the rest of the Resistance has to face the First Order once again. By now, the numbers of the Resistance have been thoroughly reduced and they are little more than guerilla fighters who are taking the fight to the proverbial big guy. Even as the Resistance warriors prepare for a confrontation, they have to deal with the past, which is never really far behind and battle their own inner demons at the same time. As the ancient conflict between the Jedi and the Sith reaches a climax, we see that the Skywalker Saga will finally come to a definitive end.

That being said, there is plenty to get excited about in the upcoming movie, including Rey brandishing a double lightsaber, which is very reminiscent of Darth Maul. Some glimpses from the upcoming movie have also gotten fans all the more excited because we have gotten to see the Death Star. It remains unknown whether it is the first or second Death Star, however. Another aspect that will definitely throw the ‘Star Wars’ fandom into a frenzy is the fact that Darth Sidious or Palpatine is returning. Several other moments from the movie promise to be exciting for the franchise fans, including a face-off between Rey and Kylo Ren, and a part with General Leia Organa appearing.

It would be important to note in this context, that the upcoming movie was initially supposed to have Leia at the center, with the rest of the plot being structured around her. However, after the actress who plays the part passed away, the plot had to be redone, but the people behind the movie have made assurances that Leia’s character will be handled with the utmost respect, seeing as how she is one of the most favorite characters within the franchise. Another aspect of the upcoming movie that has us excited is the appearance of the Sith Troopers. They are an elite faction of the Stormtroopers and are under the command of Kylo. While we do not know how they fit into the story, we are sure that they will help Kylo hunt down the remaining members of the Resistance.

So far, the story has promised several characters and some fascinating dynamics. We have to see how they all tie in together, since ‘Star Wars: The Rise of Skywalker’ will have to do justice to the sequel trilogy and the original trilogy as well.

Star Wars: The Rise of Skywalker Cast: Who Is In It?

The cast of ‘Star Wars: The Rise of Skywalker’ will bring back some familiar faces and throw some new characters in the mix. We will see Carrie Fisher once again as Leia Organa, the general who is sensitive to the Force. Leia is Luke’s sister. Carrie passed away in 2016, much to the sadness of fans and co-actors. However, her appearance in this movie comes from previous footage from ‘The Force Awakens’ and ‘The Last Jedi’.

Mark Hamill is appearing as Luke Skywalker. However, since Luke became one with the Force, we are not sure what form he will take when he returns. Next up, we have Adam Driver as Kylo Ren, Darth Vader’s grandson, and Luke’s nephew. Kylo is the son of Leia and Han Solo. Daisy Ridley plays Rey, the last known Jedi, who used to be Luke’s apprentice. John Boyega appears in the role of Finn, a former Stormtrooper who defected to join the Resistance, while Oscar Isaac plays Poe Dameron, the leader of the Resistance.

Domhnall Gleeson will be back as General Hux, the second-in-command of the First Order, while Ian McDiarmid will appear as Palpatine. Keri Russell joins as Zorii Bliss, a person who is seemingly on her own side but shares a history with Poe, making her interesting.

Star Wars: The Rise of Skywalker Crew: Who Is Behind It?

J. J. Abrams is helming the upcoming movie, with a script that comes from him and Chris Terrio. The characters are based on George Lucas’ creations. Abrams is co-producing along with Kathleen Kennedy and Michelle Rejwan. Dan Mindel is the man behind the camera.

Star Wars: The Rise of Skywalker Release Date: When Will It Premiere?

You can check out the trailer for ‘Star Wars: The Rise of Skywalker’ below.