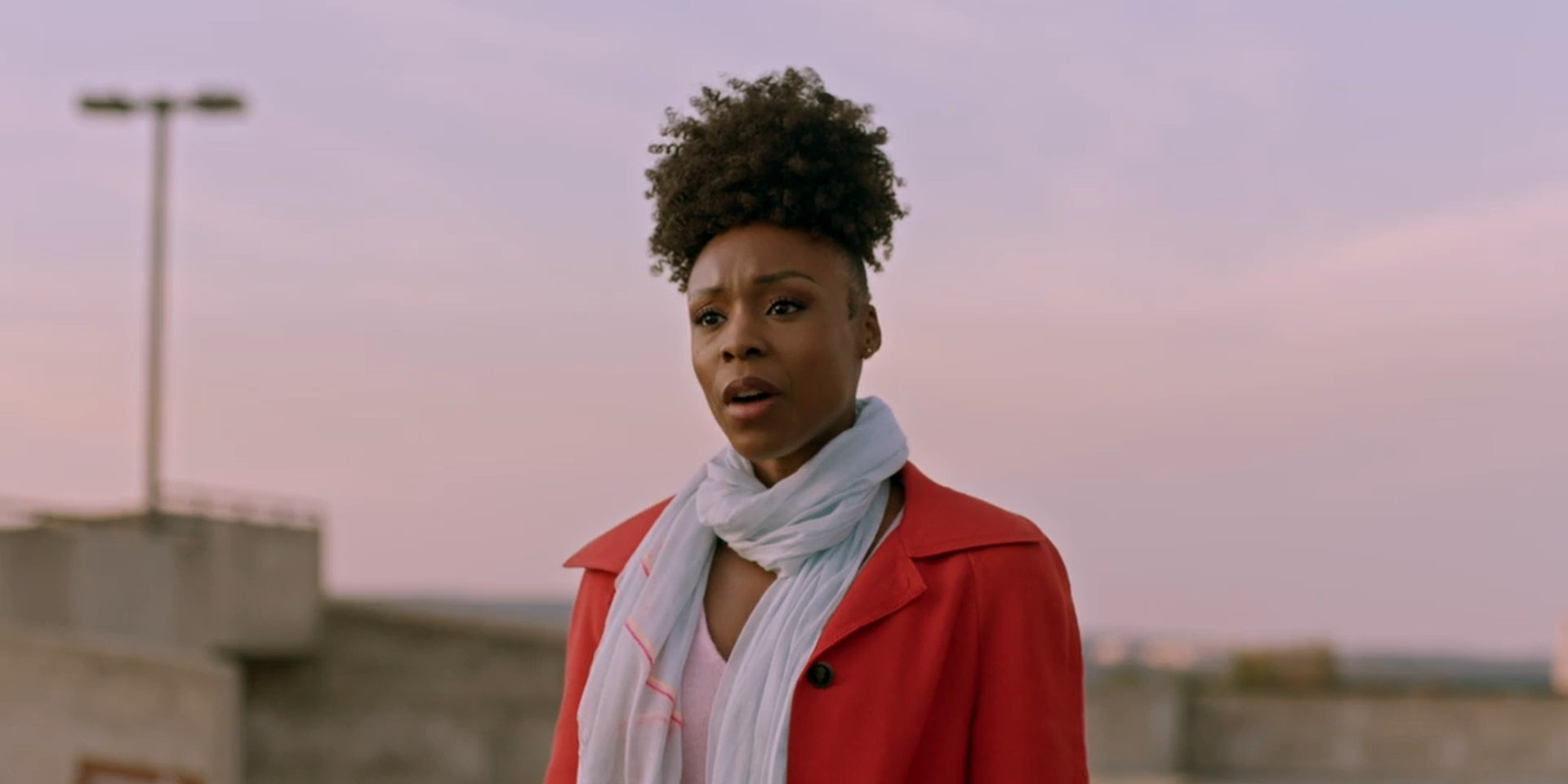 ‘Tempted by Danger’ is a romantic thriller that follows two sisters Angela and Nicole, who find themselves in a strange situation that endangers their lives. Angela Brooks is a married woman with a highly successful career. She is expecting a baby and wants the same balance in the personal life of her ambitious sister Nicole Brooks, who is doing great in her career as an attorney but has a non-existent love life. One day at work, Angela meets Michael, a charismatic and intellectual executive, and hires him for a job at her company.

Out of concern for her sister, Angela sets her up with Michael, and after initial reluctance, Nicole agrees to go on a date with him, without realizing the danger she is getting herself into. Everything goes fine until Nicole begins to realize that Michael is not as sweet as he portrays himself to be. She realizes Michael has a dark side, which is quite controlling and borderline obsessive. Things escalate quickly, and Nicole gets stuck in a life-threatening situation. Will Angela come to her sister’s rescue?

Initially titled ‘The Set Up,’ ‘Tempted by Danger’ is written by Laure Balson Carter, while Annie Bradley serves as the director. Let’s find out where the movie was filmed.

The movie was shot in Canada. The makers chose the location because of its tax benefits, human resources, favorable climate, and areas that blend well with the movie’s atmospheric setting. The principal photography for the movie began on September 6, 2019, and concluded on September 21, 2019. Here are the specific locations where the movie was filmed.

‘Tempted’ by Danger was extensively filmed in the port city of Hamilton, Ontario.

Here’s a picture shared by Daniel Mousseau, who plays Kyle Miller in the film.

The parking lot scene was shot at The Hamilton Public Library, also known as a hub for information and culture.

Director Annie Bradley shared a picture from the initial days of shooting, which took place in one of Hamilton’s famous waterfront parks, Bayfront Park.

Located in the Lower City of Hamilton, Beasley Skate Park, also served as a filming location for a few scenes.

MERIT Brewing Company, located at 107 James Street North in Downtown Hamilton, doubled up as a filming site for the movie.

The film was also shot at Carlisle, a community in Flamborough, known for its friendly and cooperative locals and recreational parks.

Here’s a behind the scenes picture from one of the shooting locations, Cannon Knitting Mills LTD.

A few scenes were also filmed in Toronto, the provincial capital of Ontario. Here’s a group picture shared by Celestine Caravaggio, who plays an opposing lawyer in the film.

The production unit also shot some scenes at Leslieville, known as the “brunch destination,” because of its variety of restaurants and bistros.

Ancaster Community Centre, located in the Wilson and Dufferin area, was one of the locations where the movie was shot.

Located in Burlington, Ontario, Burlington Rifle & Revolver Club was used a filming location for filming a few scenes in the film. Here’s a picture shared by director Annie Bradley, from the site.

The movie features Keshia Knight Pulliam as Angela Brooks, the eldest among the two sisters. You may recognize her as Rudy Huxtable from ‘The Cosby Show’ and also as Miranda Lucas-Payne on ‘Tyler Perry’s House of Payne’. Gabrielle Graham plays the role of Nicole Brooks, Angela’s younger sister. She is best known for her performance in ‘In the Shadow of the Moon,’ ‘Long Shot,’ and ‘Twenties.’ Michael Xavier stars as Michael, Nicole’s hostile love interest. His other credits include ‘Shazam!,’ and ‘Covert Affairs.’

The cast also comprises Celestine Caravaggio as an opposing counsel, Dan Mousseau as Kyle Miller, Manuel Rodriguez-Saenz as Rod, Aris Athanasopoulos as the owner of the parking lot, and Pierre Simpson as an opposing client.