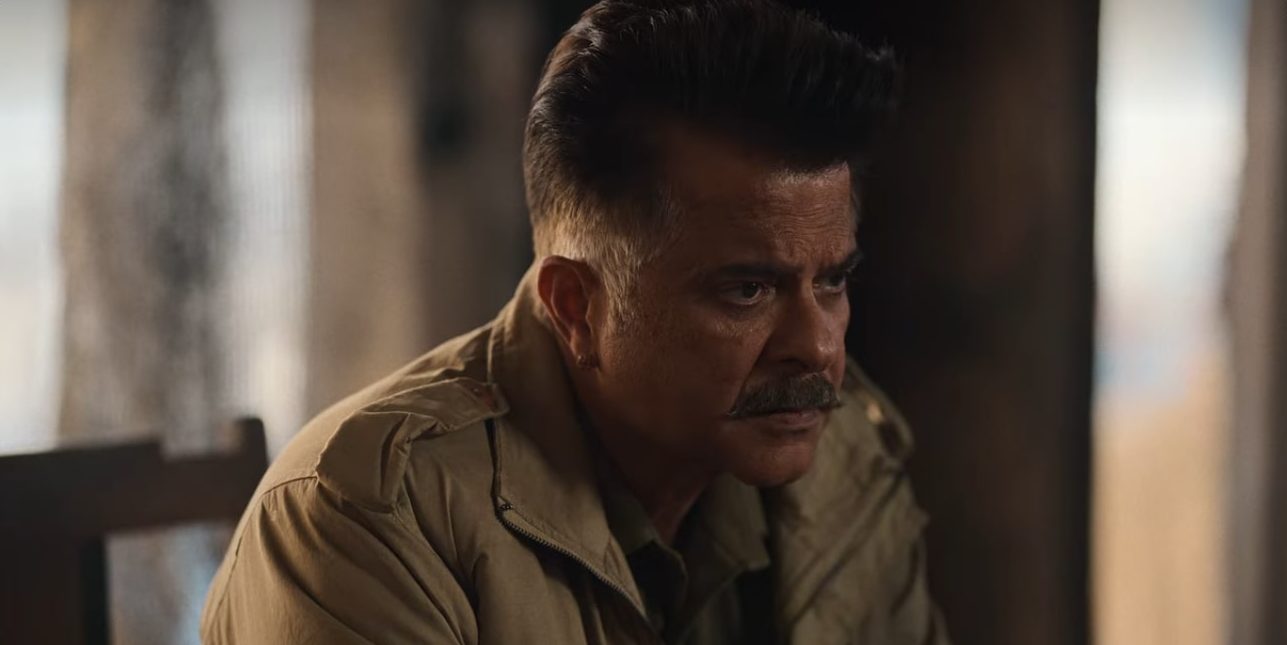 With Raj Singh Chaudhary at the director’s chair, Rajasthani-original ‘Thar’ is a neo-western crime drama set in the titular rugged desertland. Following a trail of murders unfolding in the small community of Munabao, inspector Surekha Singh puts his life at stake at the twilight of his career. On the other hand, the arrival of the mysterious city guy Siddharth breeds a menace for the villagers. Meanwhile, under the grit and corruption, a harrowing secret waits to be revealed. With Fatima Sana Shaikh, Anil Kapoor, and Harshvardhan Kapoor headlining the cast, this revenge movie lends a universal lens to its plot of treachery and bloodshed. However, you may wonder what goes down in the final moments. In that case, allow us to intervene. SPOILERS AHEAD.

The story opens in 1985 in the Munabao village of Rajasthan. Local police inspector Surekha Singh reminisces the most troublesome case in his career. In the following scenes, somebody (whose face remains a mystery) cuts the ears of villager Suva. The police find Suva hanging from the tree that he was cutting. In another incident, while Babita encounters her lover Shashi in the bushes behind her house, vandals storm into her home and kill her parents. While the goons flee from the house with the dowry for Babita’s upcoming marriage, Babita is disheartened that the wedding will never take place. 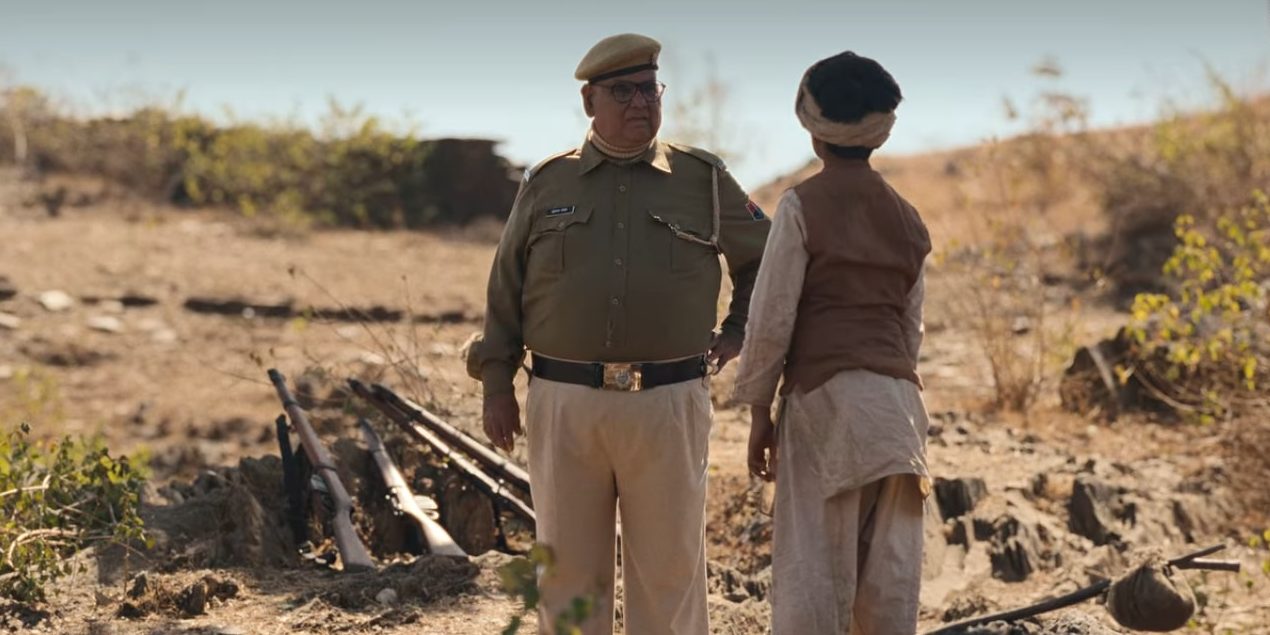 Meanwhile, city dweller Siddharth arrives in the village of Munabao looking to recruit educated folks for a tricky job. He heads to Panna Lal’s house to meet his deep-eyed wife Chetna, who tells him that Panna has gone out in the city. However, as Chetna concludes, Panna will take the job, especially with Siddharth’s lucrative pay. In Makhan’s tea shop, the inspector eyes the taciturn Siddharth, who gets back to Panna Lal’s house. Panna Lal’s telegram has arrived, and he appears in due time.

Siddharth apparently is in the business of antiques, which he gathers from the desert and sells in the big city. Siddharth needs people who can handle the transportation of goods. But Panna demands more, knowing that antiques are a good cover for drug dealing. At the Manpura police station, Surekha Singh interrogates Panna Lal and Kanwar regarding Suva’s death. They may know something about the case, despite Bhure thinking of them as innocent.

Meanwhile, Panna and Kanwar head to a run-down construct, escorted by Siddharth after some bargaining. Separating Kanwar from Panna, Siddharth progresses to strangulate him. On the other hand, Panna is concerned for his respect in the village, especially as sparks erupt between Chetna and Siddharth. However, the spark can turn into a raging flame of revenge, hell-bent on retribution.

From the beginning, there seems to be a chemistry between Siddharth, the mysterious man with a few words, and Chetna, whom the villagers address as “tramp” and “barren” since she cannot provide an heir for her family. Moreover, with marks of domestic violence apparent on Chetna’s face, she looks for an exit from her marital hell. Therefore, when Panna proposes to rent out a room on the second floor to Siddharth, Chetna is effortlessly accommodating. Although Siddharth does not speak much, his eyes reflect burning passion.

Siddharth often eyes Chetna while she is doing her chores, and Chetna is also willing to play along. The serial murder cases take a turn for the worse, with other criminal parties appearing on the rugged landscape. Meanwhile, Siddharth and Chetna are drawn to each other in the absence of Panna Lal. One night, Chetna enters Siddharth’s room to gratify her latent desire. They have a wild and steamy night, but Siddharth has to leave the following day since his job is over. As Dhanna’s wife witnesses, Chetna pleads with Siddharth to take her with him.

However, we realize that romance is the last thing Siddharth is looking for as he heads back to his hiding place to torture Panna Lal more. After Kanwar and Suva, Siddharth proceeds to exact his vengeance on Panna Lal, seemingly the leader of the vandals who caused Siddharth’s devastation. When Chetna comes to know the truth behind the whereabouts of her husband, she has no other option but to kill Siddharth. The story’s finale takes us back to Siddharth’s den, where a furious Chetna puts a bullet into Siddharth. Despite the initial intimacy, it seems like Siddharth and Chetna’s romance is fated for a disastrous ending.

Why Did Siddharth Kill The Men From The Village?

The story has no whodunit aspect to add to the thrill. It remains more concerned about the “why” aspect behind the murders. Early in the story, Siddharth comes off as a sinister villain. He mercilessly butchers Suva’s ears (a possible reference to ‘Reservoir Dogs,’ considering Anurag Kashyap‘s obsession with the Tarantino-esque) and tortures Kanwar. We think of him as the principal criminal figure in the story. However, in the mirage of the desert, things are not often as they seem. Towards the end of the film, we revisit a harrowing incident in Siddharth’s life from a year ago, which conditions the present.

A year ago, Suva, Kanwar, Dhanna, and Panna Lal broke into Siddharth’s house at 138 B Merin Street, gathering money and jewelry from the cupboards. However, Siddharth’s wife unwittingly walked through the front door in the middle of the burglary. The perpetrators went on to bind, torture, and kill her. Therefore, while we think of the movie as a drug business partnership gone wrong, it seems fitting to club the film as a revenge thriller following the heartbreaking finale. Siddharth appears on the barren landscape a year following the incident, hoping to settle the score.

Is Chetna Pregnant? Is The Child Siddharth’s?

At the end of the movie, Chetna and other women from the village come walking through the desert. Surekha Singh proposes to give them a lift. With a bulge on her belly, Chetna seems to be pregnant. Looking at the situation’s complexity, Surekha Singh has agreed to let Chetna leave scot-free. She shot Siddharth despite being in love with him since she had to maintain her honor. For a woman in a remote Indian village such as Munabao, a husband is almost a prerequisite to a woman’s identity. Therefore, as Chetna normalizes the abuse from Panna Lal, she still mourns for him after his death.

As a result, the case is not officially resolved. Surekha does not get any promotion before his impending retirement from the force. Meanwhile, we come to remember how Chetna is treated in the village as a “barren woman.” The revelation of her pregnancy liberates her from the dogma, but it further holds her captive in systematic patriarchy. It seems that Panna Lal and not Chetna was barren, and his insecurities led to him abusing his wife. Considering this train of thought, Siddharth is the father of Chetna’s baby.

Read More: Is Netflix’s Thar Based on a True Story?