Amazon’s ‘The Boys‘ is set in a world where superheroes are not the do-gooders they are marketed as. There is a lot of evil behind the capes and the masks, but in previous seasons, there was a way to keep them in check. The third season introduces a lot of elements that dangerously unbalance the scales of power. Even with all the mess that the Supes caused in the world, there were some things that kept things stable enough for everyone to function in their roles. With these crutches removed from an already unstable situation, the story is thrown into complete chaos by the end of the sixth episode. It is as shocking as it is exciting. Here’s what the events of this episode mean for the future of ‘The Boys’.

After a cameo-filled video by The Deep, ‘The Boys’ cuts to the chase and sets the stage for the showdown between Homelander and Soldier Boy. After going through the footage from the murder of Crimson Countess, Homelander discovers that Soldier Boy is alive. While this makes him scared, he assures himself that he is powerful enough to kill America’s ex-beloved. He also finds comfort in the presence of Black Noir but becomes even more alarmed when Noir runs away.

Annie is approached by Victoria Neuman, who offers to forge an alliance with her. The congresswoman wants to use the Supe’s popularity to further her own political ambitions. In return, she promises to take care of the Homelander problem. Meanwhile, Kimiko is abducted by Little Nina, who also has Cherie and Frenchie held captive. Kimiko fights back and kills Nina’s men. While Nina runs away, Frenchie and Cherie are released and Kimiko wonders if she’s still a monster, even without her powers.

Annie discovers that Homelander is on his way to fight Soldier Boy. She knows it’ll result in a disaster and decides to evacuate the house before the two Supes can arrive. Hughie tries to do the same but is distracted by A-Train, who is going through a crisis of his own. Eventually, Soldier Boy shows up, and a Russian song makes him black out. This causes a huge explosion in which the Twins and a bunch of other people die.

While Annie and MM try to help the injured, Homelander arrives and indulges in the much-anticipated fight with Soldier Boy. He is in for a surprise when he finds out that Butcher and Hughie also have powers. The three of them try to subdue Homelander, but before they can kill him, he escapes. Annie is appalled by the destruction around her and decides to do something about it. 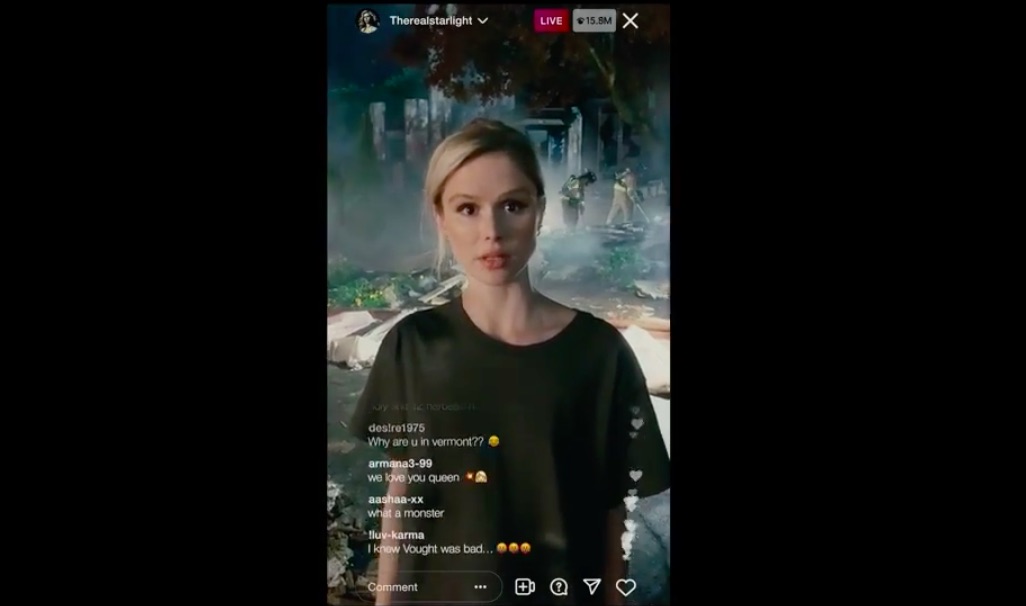 The sixth episode ends with Annie posting a video that exposes Vought, Soldier Boy, and Homelander for the villains they are. She quits her role as Starlight and tells the world that the heroes that they have been worshipping all this time don’t really care about them. She’s had enough of the deceit and politics. She doesn’t want to be anyone’s puppet anymore, so she tells the world what’s actually going on, even though it might mean that she has signed her own death sentence.

Annie’s exposé also comes at a time when Homelander is on the brink, if not entirely, unhinged. He has no Black Noir to support him, no Stan Edgar to protect him, no team to fight by his side. The fight against Soldier Boys shows him his weakness. Now, he is also stripped of whatever reason he might have wanted to keep up the facade of being the good guy. Previously, when Annie had threatened to expose him, he had given her an idea of how he would go on to destroy the world if hatred is all that would be left him. Now, he might have to come through on his plans.

Annie’s actions also don’t bode well for Vought. The company is already struggling to keep up its image. Starlight was their most popular Supe, and with America’s favorite quitting, Vought’s image is going to witness a steep fall. The situation seems so dire that Ashley might not have any hair left on her head by the time this mess is dealt with.

Another person that Annie has messed with is Soldier Boy. He used to be America’s favorite, and even before he could return to his previous life, it is taken away from him. He might not like being called a villain, and because Annie is Hughie’s girlfriend (or used to be), her actions might affect the Supe’s alliance with the Boys. All in all, the next episode has a ton of crisis management on its roster, and at least a few things will have to be handled before something even more diabolical happens at the end of the season.

Read More: How Did MM’s Family Die in The Boys? Did Soldier Boy Kill MM’s Family?