The Evil Twin: Everything We Know 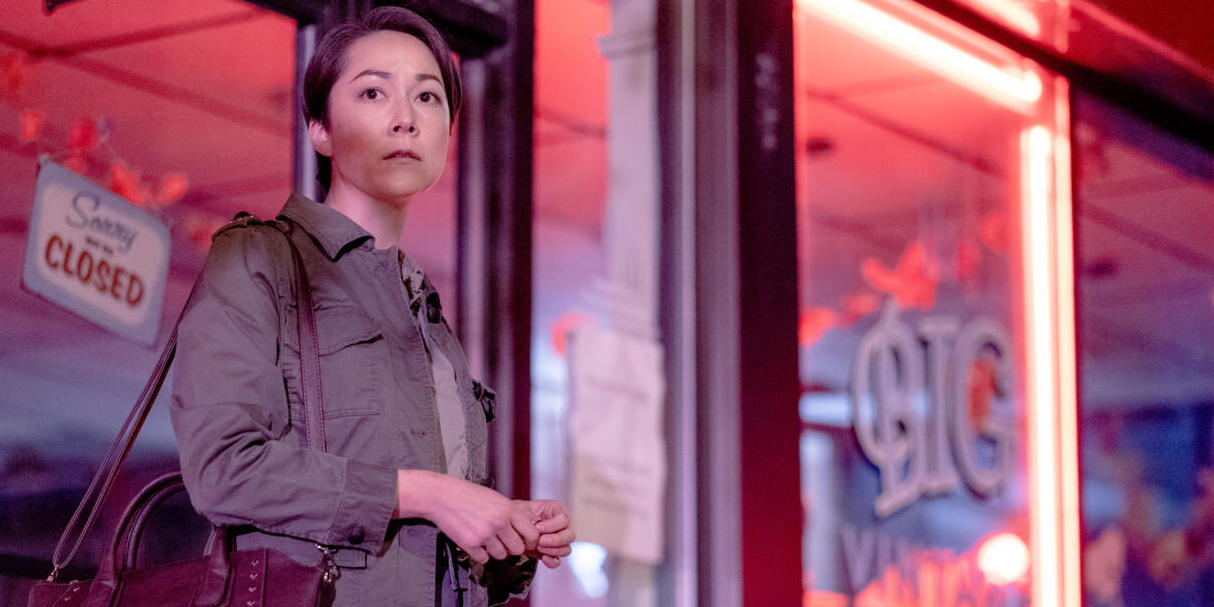 Lifetime’s ‘The Evil Twin’ revolves around Emily, who escapes an abusive relationship and moves back to her hometown. Just when she walks out of one bad situation, little does she know that she has stepped into another. Emily learns that she has a twin sister, who might be a murderer. The film promises double the thrill as the protagonist and her evil counterpart keep the viewers on the edge of their seats. Here is everything you need to know about the film!

The movie was filmed in September 2020 with all due precautions for COVID-19. Here are the details of where the filming locations of ‘The Evil Twin.’

‘The Evil Twin’ was filmed in Almonte, Ontario. The 19th-century mill town in Lanark County is 29 miles to the south-west of downtown Ottawa. Also reputed as “The Friendly Town,” Almonte is situated on the Mississippi River (different from the river in the USA). It is famous for serving as a filming location for several Christmas movies. Some of the Xmas-themed movies filmed in Almonte are ‘The Christmas Setup,’ ‘Christmas Scavenger Hunt,’ ‘Unlocking Christmas,’ and ‘Fatman.’

However, the town has also proven that it is a location fit for films with a darker theme, with productions such as ‘The Evil Twin’ and ‘Awakening the Zodiac.’ The picturesque town offers scenic and fascinating locations that fit any mood on the screen. With coffee shops, antique stores, museums, restaurants, and the beautiful River Walk, the town is a delight for filmmakers.

Emily Piggford plays the twins Emily and Charlotte. The actress is known for her work in ‘Warigami,’ ‘The Umbrella Academy,’ ‘The Girlfriend Experience,’ ‘Hemlock Grove,’ ‘Samanthology,’ and ‘Michael: Every Day.’ Ish Morris essays the role of David. The actor and singer features in films and television series such as ‘Degrassi: Don’t Look Back,’ ‘Killjoys,’ ‘Larry,’ ‘Baxter,’ and ‘Soul.’

Is The Evil Twin Based on a True Story?

No, ‘The Evil Twin’ is not based on a true story. The script for the film is written by S.L. Heath and Shawn Riopelle. The concept of the “evil twin” is quite popular on the screen and in literature. One of the earliest use of the theme was seen in the 1939 film ‘The Man in the Iron Mask,’ which is a very loose adaptation of a portion of the novel ‘The Vicomte de Bragelonne: Ten Years Later’ by Alexandre Dumas. The main difference between the book and the film is that the central twins in the movie are opposites of each other.

The popular television series ‘Pretty Little Liars’ is also an apt example that uses the concept. (Spoiler!) A.D in the series who stalks Spencer Hastings and her friends for several years is actually Spencer’s identical twin sister, Alex Drake. Lifetime has come up with other films that use the idea, such as ‘Killer Twin’ and ‘Bad Twin.’ The “evil twin” concept works so well because people are intrigued by the possibility of something surprising or shocking coming from a familiar situation or person.

This especially works well in the genres of thriller and horror, usually because the “evil” twin is so similar to the “good” twin. We often see that they may even impersonate the “good” twin for sinister reasons or twisted personal interests. The confusion that the other characters and the viewers face adds to the plot’s thrill and the drama. Therefore, although ‘The Evil Twin’ is a complete work of fiction, we can see why some of you may wonder if the film is based on real-life events.