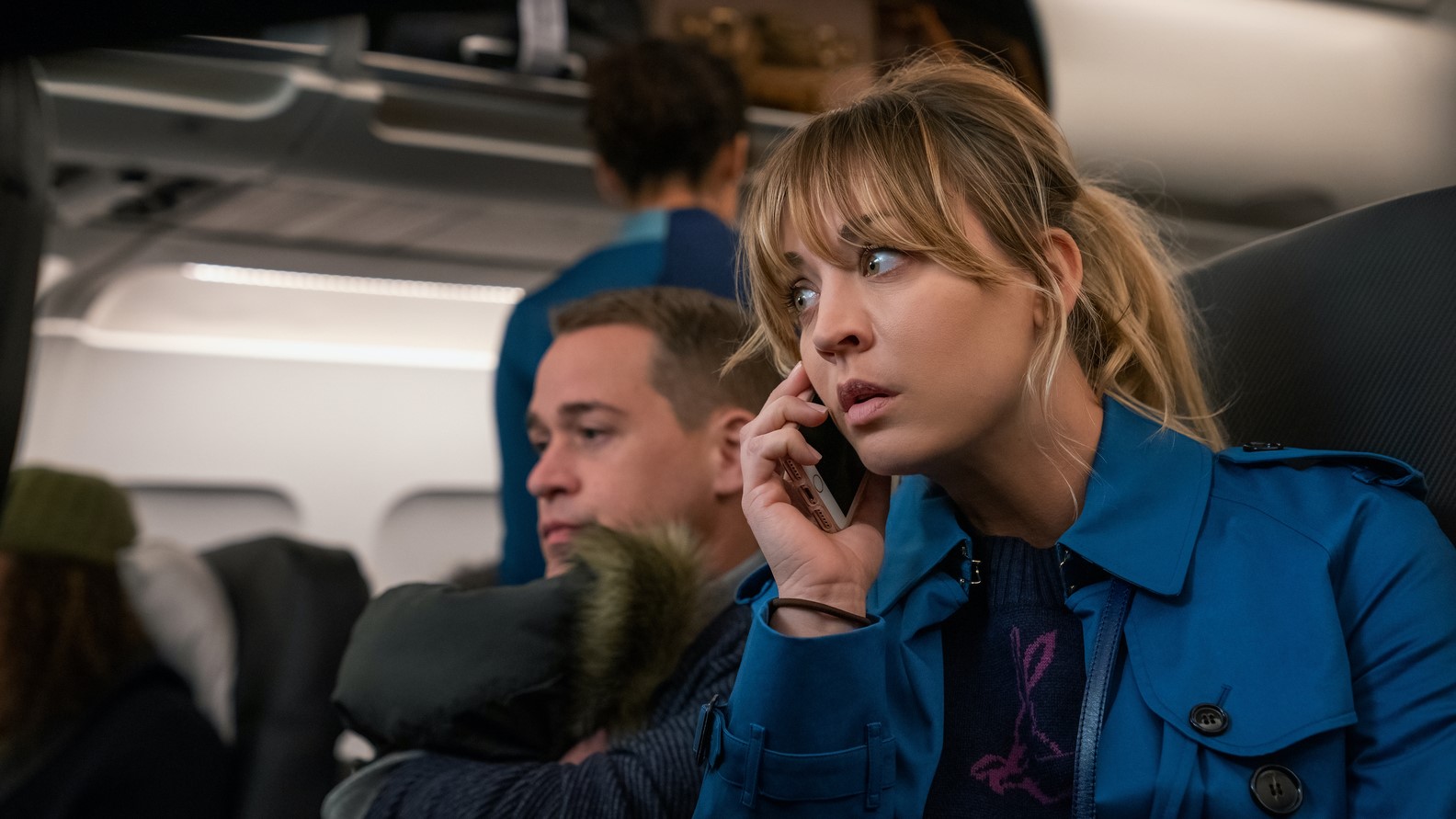 ‘The Flight Attendant’ season 2 episode 6, titled ‘Brothers & Sisters,’ is mainly about the utter dysfunctionality of the Bowden family. Cassie (Kaley Cuoco) returns to the New York state with her brother Davey (T. R. Knight) for a visit to their mother’s house. This is the first time Lisa Bowden (Sharon Stone) sees her daughter in a while, and all her repressed anger and frustration at Cassie explodes out of her.

Meanwhile, Megan reunites with her family, but it doesn’t last long. Cassie’s mysterious doppelganger sneaks into Cassie’s house while Max and Annie are there. It appears that Dot now suspects that Ben has gone rogue. Here is everything you need to know about the ending of ‘The Flight Attendant’ season 2 episode 6. SPOILERS AHEAD.

As Annie and Max return from their daring escapade of breaking into the home of the Diazes, they find Cassie in the aftermath of her breakdown. The two of them help their friend the best they can, but they know as much as Cassie that unless the latter addresses the underlying trauma that has led her to drink, things will forever be stuck in the limbo for her. This is what Cassie inadvertently ends up doing while visiting her mother.

Right after the flight attendant has shut the door, Cassie tells Davey about her relapse. They first visit Hank/Henry’s grave. Despite what Hank’s alcoholism did to her and the family, Cassie continues to harbor mixed feelings toward her father. Cassie now recognizes her father’s behavior toward her was a form of abuse, but he was also the only person that treated her as if she was special. In the Mind Palace, one of the other Cassies tells her to kill herself. Davey takes Cassie to their mother’s home under the pretext that Lisa needs Cassie’s old things moved. He also told Cassie that Lisa will not be home. This turns out to be a lie. He just wanted his sister and mother to reconcile.

However, what he actually does is bring together two women who are definitely not ready to see each other. Lisa makes it clear that Cassie is not welcome in her home. She has long forgiven her daughter for her behavior after her father’s death because she was a grieving teenager at the time. It is what Cassie has done as an adult that she has issues with. The entire scene is raw and powerful, and Cuoco and Stone act their hearts out. (It will be a travesty if they don’t get at least Emmy nods for this scene alone).

After this prolonged dramatic break, the episode returns to its mystery thriller theme as Cassie and Davey successfully evade the North Koreans and board the flight back to Los Angeles. Davey decides that his relatively uneventful life with his partner and children is preferable to whatever is happening in his sister’s life.

Megan visits her family and discovers that she can’t go back to her old life. Bill has made a deal with the FBI for Eli’s sake. He has promised that he will contact the agency if his wife ever shows up. Cassie’s doppelganger secretly enters her home and leaves the dagger with which she murdered two CIA agents. The narrative of this episode wants the audience to suspect Ben. Although Cassie still has faith in her handler, both Shane and Dot express their doubts.

Early in the episode, Cassie flees from her home after realizing that Ben is at her doorstep and Jones is with him. Dot later orders Ben to leave the situation involving Cassie alone and focus instead on the murder of two of their agents, but he disobeys the former. Dot later speaks to Cassie and warns her about Ben. Shane, putting behind everything that happened the last time they talked to each other, virtually tells her the same.

Meanwhile, Davey helps Cassie realize that the mysterious number in the shadow master is actually a boat registration number. As the episode ends, Cassie’s doppelganger kills Jones, who has been presumably guarding the same boat, called Cream & Sugar. Jones’ murder all but negates the suspicions against Ben. If Jones was indeed loyal to Ben as Dot suggested, then Ben has no motive to have her killed. So he can’t be the one framing Cassie. If anything, the episode ends up strengthening the suspicions on Dot.

Who Is in the Boat?

From the outside, it appears that at least a man and a woman are on the boat. Their identities are not revealed in this episode; only their silhouettes can be seen. Whoever they are, it’s apparent that they just might be the main targets of Cassie’s doppelganger and the people she is working for. This can still be Lionfish, the nefarious organization that had Alex killed. They already had intel on Cassie. They might have decided to use it to go after their latest targets.