The Girl from Plainville Episode 4 Recap and Ending, Explained 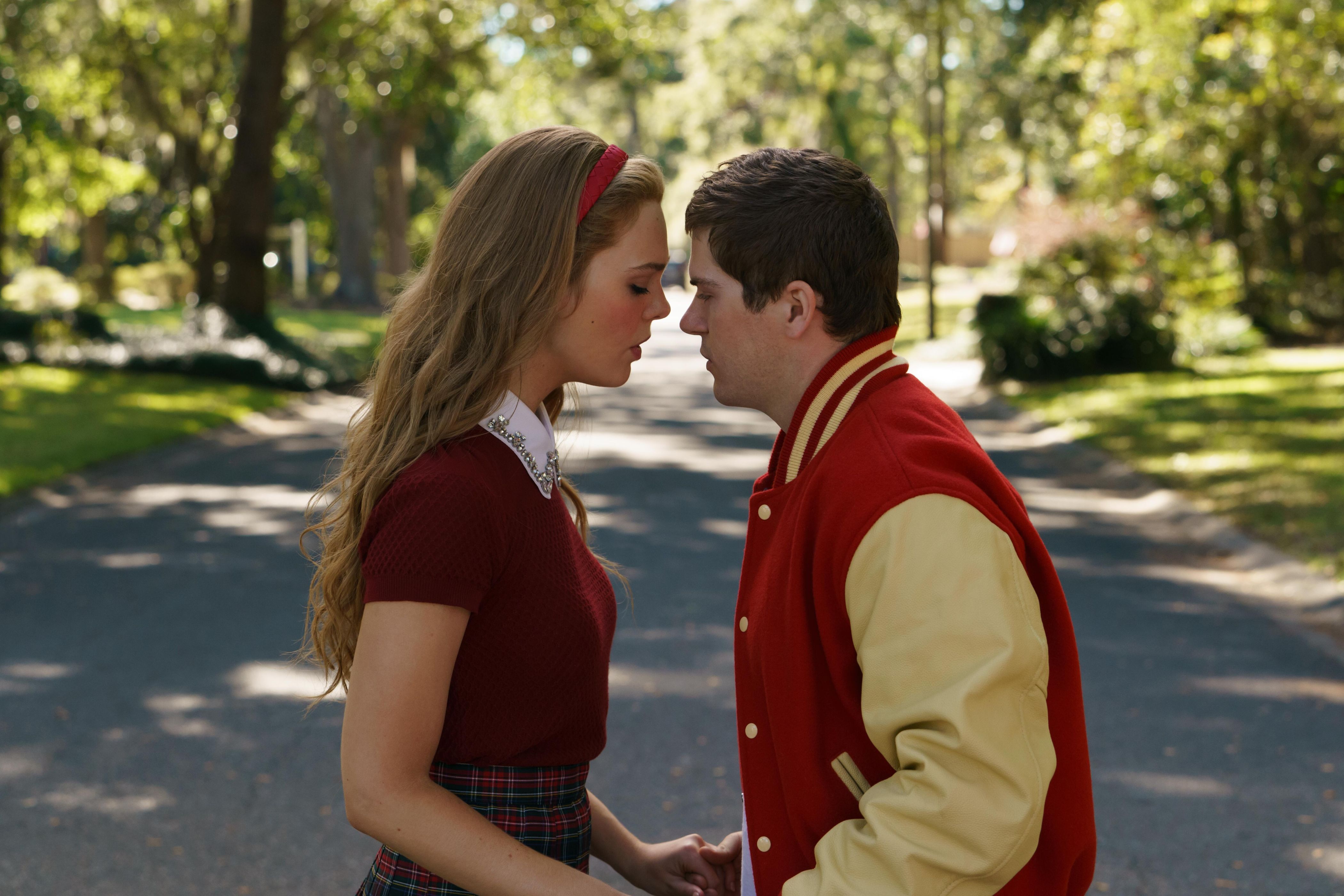 ‘The Girl from Plainville’ follows the tragic story of Conrad Roy III’s death and the events surrounding it. Episode 4 delves into the teenager’s troubled past and previous attempts at suicide as well as how his girlfriend, Michelle, reacts to Conrad’s state of mind. Meanwhile, in the “present-day” storyline, we see Michelle pulled into what looks like the first of many legal consultations with her lawyer. With the prosecution gearing up to try Michelle for manslaughter, the teenage girlfriend of the late Conrad Roy III finds herself in an increasingly dire situation.

The Hulu miniseries tells a melancholy and tragic story that attempts to untangle the circumstances that led to the tragedy. There are some intriguing details that ‘The Girl from Plainville’ episode 4 offers, so let’s dive in and make sure we haven’t missed any. SPOILERS AHEAD.

The Girl from Plainville Episode 4 Recap

Episode 4 picks up from the previous chapter and opens with Conrad eating an entire jar of pills in a fit of anger and sadness. He passes out soon after and spends the next two weeks in hospital, recovering. His mother wants him to go to therapy, but the son refuses, leading to friction between Conrad’s parents. He also informs Michelle about his attempted suicide, but she seems more concerned about whether it is because of her that Conrad is upset.

Meanwhile, Michelle has troubles of her own when her friend, Susie, begins to grow distant. It is eventually revealed that Susie’s mother thinks Michelle is obsessed with her daughter and orders Susie to keep her distance from Michelle. Heartbroken and upset, Michelle finds solace in Conrad, frequently messaging him and making plans to run away and make a life together with him.

Back in the timeline after Conrad’s death, Michelle’s parents decide to get legal help for their daughter. The attorney, Joseph Cataldo, informs them of Assistant District Attorney Katie Rayburn’s plans to possibly try and indict Michelle on a manslaughter charge. Horrified, the young girl pleads that there has been a misunderstanding but is subsequently told to stay off the internet and not use her phone for fear of more incriminating information coming out.

The Girl from Plainville Episode 4 Ending: Does Michelle Go to Prison?

Episode 4 also gives a glimpse of the mental turmoil faced by Conrad’s father after his son’s death. He decides to sell the truck that Conrad was found dead in but is overruled by his own father. We then see in a flashback that the truck was gifted to Conrad by his grandfather.

As the episode winds down, Katie Rayburn receives news that Conrad and his father had a physical altercation a few months before the former’s death. The prosecution attorney fears it might jeopardize her case. However, she does successfully get the indictment, and episode 4 closes with Michelle taken into custody and having her photograph taken for record-keeping.

Things get dire really quickly for Michelle in episode 4. Having used Conrad’s death so far to garner sympathy (and maybe a little popularity), she now faces being potentially charged in connection with his death. Perhaps the most worrying sign is that even her attorney, Joseph Cataldo, doesn’t seem too confident about Michelle’s chances of walking away unscathed from the investigation. He mentions how serious a prosecutor Katie Rayburn is and, sure enough, Michelle soon finds herself indicted.

The case against Michelle is based mainly on the message she sends her friend Natalie saying that she (Michelle) asked Conrad to get back into the truck that was quickly filling up with carbon monoxide, thus egging him on to go ahead with his planned suicide. The prosecution takes this as an admission of guilt, while Michelle’s defense is likely going to try and prove that it is a case of assisted suicide (which is legal in the state of Massachusetts).

Michelle being indicted means that there is a case against her, and she will end up going to trial. It doesn’t mean for certain that she is going to prison, as that will depend on whether she is found guilty of manslaughter (the crime she is charged with). For now, her fate hangs in the balance.

Is Conrad Going to California?

Conrad has a rare moment of happiness when his grandfather gifts him a truck. This raises the young man’s spirits and seemingly gives him hope for a new life. As we witness from his subsequent text conversation with Michelle, Conrad is now thinking of running away to California in his recently acquired truck, a plan that Michelle enthusiastically agrees to be a part of.

What follows is the description of an idyllic life that the two could potentially share in California with Conrad, on the verge of getting his Captain’s License, getting a job, and Michelle promising to get one as soon as she can so they can buy their dream house, have children, and grow old together.

Perhaps what is most telling is that both Michelle and Conrad hope to find “new friends” in California, showing us how they both feel out of place in their respective hometowns. This is also evident in how Michelle is pushed away by her best friend, Susie, while Conrad doesn’t seem to have any close friends except Rob. Ultimately, the plan to run away together doesn’t pan out, and it looks like Conrad doesn’t go to California by himself either.

Read More: How Did Conrad Meet Michelle Carter? Were They Dating in Real Life?