The Nine Lives of Christmas: Cast and Filming Details 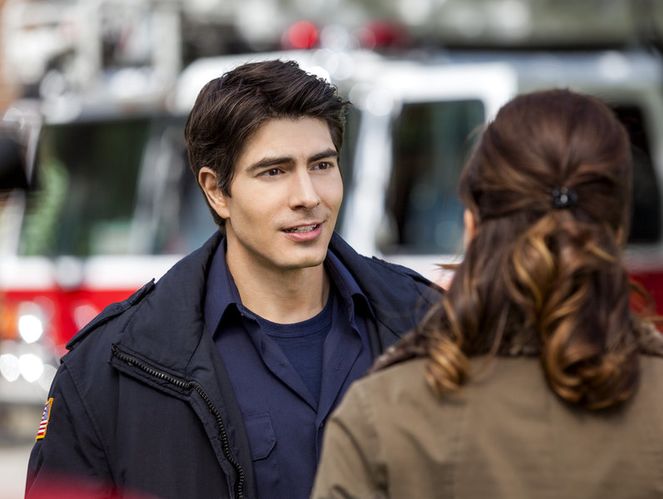 Christmas is the season of love and discovering the best about oneself. Very often, we feel we are underserving or incapable of love and end up wanting to be alone. Then, it takes something or someone special to bring the colors back into our lives. Hallmark’s ‘The Nine Lives of Christmas’ is centered on this premise.

The story follows Zachary Stone, a fireman, who is a confirmed bachelor. He does not believe in love or commitment. One day, Ambrose, a stray tabby cat shows up at his door, and Zachary starts to care for the cat. Slowly, he begins to see that a little companionship is not that bad. The fireman’s life changes further, and his desire for solitude turns upside down when Marilee enters his life.

This animal lover and vet student teaches him how to care for Ambrose. Soon enough, sparks fly between Marilee and Zachary. It is a sweet Christmas tale made even better by the homely surroundings. The setting puts the viewers at ease and helps them enjoy the well-woven tale. You might be wondering where ‘The Nine Lives of Christmas’ has been filmed. We will walk you through that and tell you about the movie’s cast.

‘The Nine Lives of Christmas’ has been filmed entirely in British Columbia in Canada. A lot of Hallmark projects prefer filming in Canada due to tax benefits, and the presence of local professionals, who are talented enough to aid the production process. You can check out the tweet below, confirming that filming has taken place in Canada.

As for the specific filming locations, we know that a lot of scenes have been filmed at Langley, in British Columbia. The firehouse is located down the street from Glover Road, in Langley City. The exact address is 23137 96 Ave. The Victorian home that Zachary lives in, is on 8919 Glover RD, Langley Twp. As per an old real estate listing, the house has 5 bedrooms, 4 baths, and is 4100 square feet. The interiors have been used for filming. Filming has also taken place at Fort Langley.

The pet rescue event, in the final scene, has been filmed at Memorial Peace Park, at 22407 Dewdney Trunk Rd, Maple Ridge. You can check out a tweet below, confirming the filming in and around Fort Langley.

anyone know who's in Nine Lives of Christmas? Can't find anything online and they are filming in Fort Langley today #yvrshoots

The Nine Lives of Christmas Cast:

Coming to the cast of ‘The Nine Lives of Christmas’, we have Brandon Routh as Zachary. The Des Moines, Iowa, native gained popularity as Superman in ‘Superman Returns’. He has appeared in shows like ‘Chuck‘ and has starred in films like ‘Scott Pilgrim vs. The World’, alongside Michael Cera.

Kimberley Sustad appears in the role of Marilee. Born in Ottawa, she was raised in Winnipeg. Kimberley is a self-professed tomboy who grew up riding horses. She also happens to be a compelling performer, who has several notable shows, films, and plays under her belt.

You might recognize her from ‘Supernatural‘. She also happens to have lived in various parts of the world, including Ecuador, Taiwan, and South Korea. You can check out her post below, asking Routh is he’s up for a sequel.

Gregory Harrison plays Sam in ‘The Nine Lives of Christmas’. Gregory has a career in the entertainment industry that spans almost four decades. While he has appeared in films, television shows, and plays, he is most remembered for the many shows that he’s been a part of.

Starting with ‘M*A*S*H’, Harrison went on to appear in some of the era-defining shows, like ‘Trapper John, MD’, ‘Logan’s Run’, and ‘Safe Harbor’. You might also recognize him from ‘One Tree Hill‘.