The Old Man Episode 1 and 2 Recap and Ending, Explained 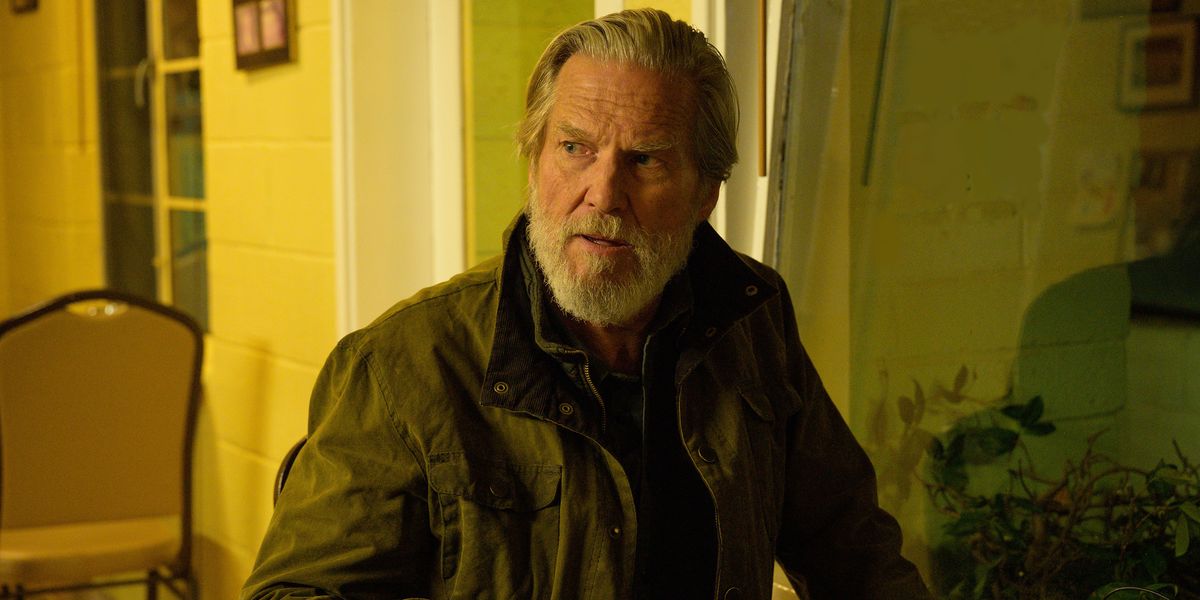 ‘The Old Man’ tells the story of Dan Chase, a former CIA operative with a dark past living off the grid for several decades. However, Chase soon finds his past catching up to him as he is targeted by the people he formerly worked for. As a result, Chase is forced to spring into action and dust off his field skills to ensure his survival. Meanwhile, viewers slowly learn more about Chase’s past and the forces targeting him. If you wish to catch up on the double-headed premiere of ‘The Old Man,’ here is everything you need to know about episodes 1 and 2! SPOILERS AHEAD!

The Old Man Episode 1 and 2 Recap

The first episode, titled ‘I,’ opens with Dan Chase (Jeff Bridges) waking up with a nightmare about his deceased wife, Abbey Chase. Later, he speaks with his daughter, Emily, over a burner phone while playing with his dogs, Dave and Carol. The conversation reveals that Chase worked on several deadly missions and committed violent acts before going off the grid 30 years ago. Chase fears that he is either growing paranoid or that the people he has been hiding from have tracked him down.

At night, Chase is awakened by the tripping of the traps he had set up, only to find an assassin trying to attack him. A brief fight ensues, but Chase gets the upper hand and shoots the intruder dead. Chase makes the death look like a self-defense kill. He informs the police but knows his cover has been blown. Thus, Chase leaves his house with his dogs. Elsewhere, FBI assistant director Harold Harper is called in by the CIA as a consultant in tracking down Chase.

Chase’s absence ensures some dirty secrets from Harper’s past remain buried. Hence, he calls Chase and offers him a head start. Harper reveals that Faraz Hamzad has returned and is behind the hunt for Chase. However, after Harper threatens Chase’s daughter, he is forced to cut all contact with her. Chase successfully evades the CIA operatives pursuing him and drives off into the night. However, he swiftly returns and takes out the agents. Thus, Chase refuses Harper’s help and intends to protect his daughter.

The second episode, titled ‘II,’ opens with a flashback revealing Harper was Chase’s handler during the Soviet-Afghan War. Chase supported warlord Faraz Hamzad before betraying him with Harper’s help. In the present, Chase is recovering from the injuries sustained in the fight against the CIA agents. On the other hand, Harper resolves to catch Chase, but Agent Raymond Waters, the in charge of the manhunt, suspects Harper of foul play. Chase rents a guest house and meets its divorced owner, Zoe McDonald. After some hesitation, Zoe allows Dan to remain in her guest house despite apprehensions about his dogs. Zoe and Chase are drawn closer to each other and go on a date.

Elsewhere, Harper turns to his mentor, Morgan Bote, for advice about catching Chase. After some hesitance, Bote gives Harper a note with a phone number. Meanwhile, Chase learns about Zoe’s failed marriage and her ex-husband’s continued interest in her life. Harper assigns Agent Angela Adams the task of searching for Chase’s daughter, Emily. However, Angela learns that records show Emily died by suicide years ago. Chase struggles with nightmares about Abbey and reconsiders his association with Zoe. However, when Zoe reveals that she cannot pay her son’s college tuition because of her ex-husband’s machinations, Chase offers to pay. In the end, Harper makes a desperate move to track down Chase.

The Old Man Episode 1 and 2 Ending: Who Does Harper Call?

As the episode progresses, Harper’s desperation to catch Chase becomes evident. Harper is not resigned to using Chase’s daughter to get to the former super spy. However, when that proves to be somewhat of a dead-end, Harper is forced to make a bold move. The first two episodes strongly imply that despite his clean-cut image, Harper is a man of many secrets and has a past as dark as Chase, if not more. Moreover, his actions confirm that Harper is used to making unethical or morally ambiguous decisions, and this tendency connects him to Chase.

In the final moments of the episode, Harper calls the number provided to him by Bote. Harper is evidently hesitant to make the call but believes that it is his only option. A mysterious voice answers the call, and Harper reveals the details of his target, Dan Chase. The voice accepts the task, making it clear that Harper is talking to a bounty hunter. The boisterous and confident voice hints that the assassin is used to track down highly-skilled individuals like Chase. Therefore, it is safe to say that the voice is none other than bounty hunter Julian Carson, a character with a similar profile from Thomas Perry’s novel ‘The Old Man,’ which is the show’s primary source material.

While Carson does not appear on screen in the episode and is only heard briefly, he makes up for a menacing presence. Harper hiring a bounty hunter to track down and potentially kill Chase makes it evident that the FBI assistant director will pull no punches. Harper is committed to keeping his secrets buried, and with Waters growing suspicious of Harper, hiring outside help seems like the right move on Harper’s part.

On the other hand, Carson’s words suggest that he is an expert in tracking down fugitives and can accomplish an assignment without leaving any traces. Given Hamzad’s involvement in the search for Chase, it seems likely that Harper wants Chase dead to ensure his assistance in Chase’s betrayal remains a secret. Whether Harper’s bold move succeeds or backfires remains to be seen. Nonetheless, Carson will undoubtedly make a formidable foe for Chase.