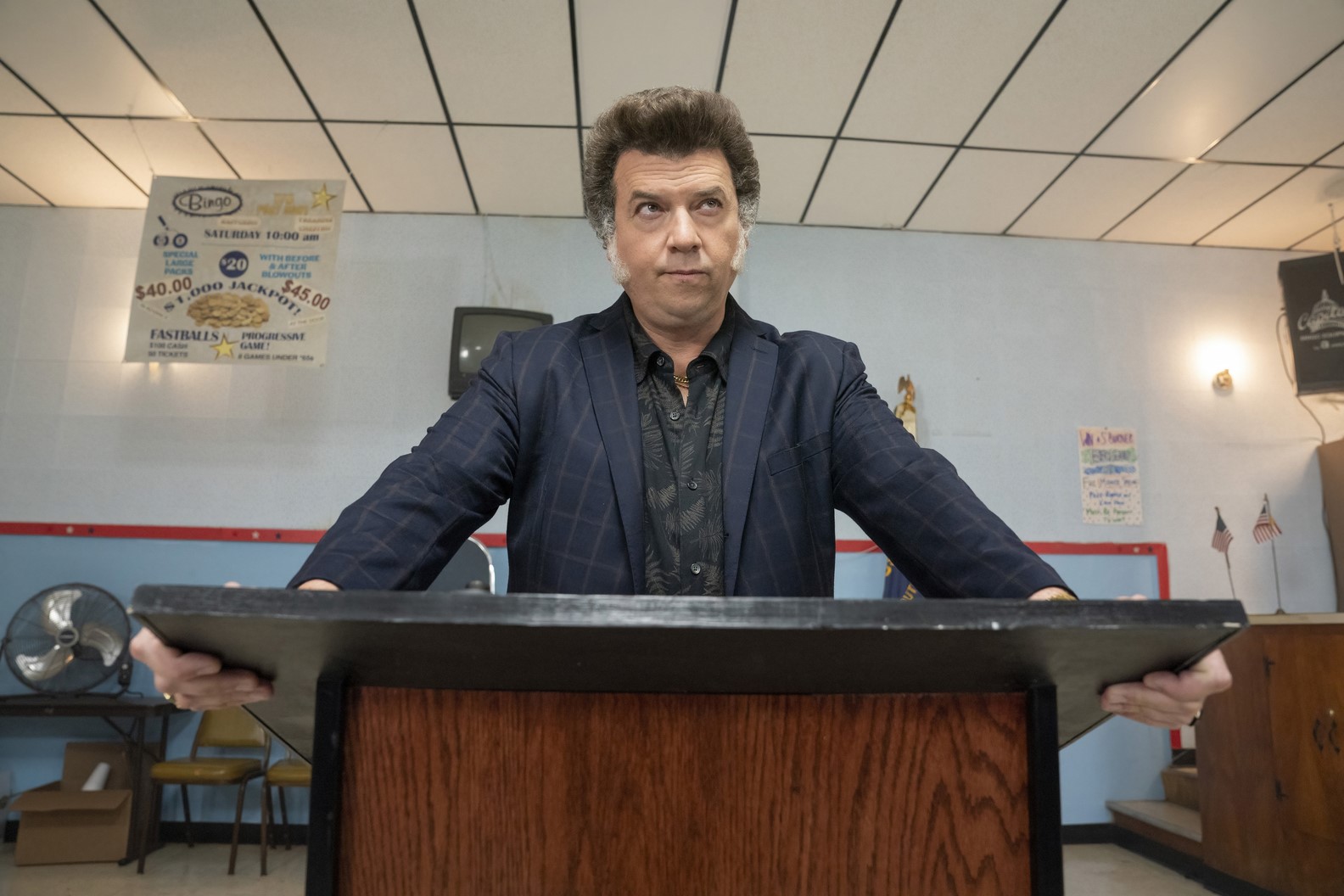 In ‘The Righteous Gemstones’ season 2 episode 6, titled ‘Never Avenge Yourselves, But Leave It to the Wrath,’ the narrative returns to the present day and picks up right where episode 4 ended. As the four motorcycle-riding shooters empty their magazines on the tour bus, the very irritated Jesse (Danny McBride) and Amber Gemstone (Cassidy Freeman) come out — guns blazing — as soon as the shootings stop.

After Eli (John Goodman) breaks his thumbs, Kelvin (Adam DeVine) loses control over the God Squad. Eli and BJ (Tim Baltz) have a candid and real conversation about Judy (Edi Patterson). Here is everything you need to know about the ending of ‘The Righteous Gemstones’ season 2 episode 6. SPOILERS AHEAD.

It seems that even gunfire can’t keep the Gemstones down for long. The moment the four assailants stop shooting and try to get away, Jesse ventures outside the bus with his gun drawn and starts shooting, hitting absolutely nothing. But then Amber comes out with her own gun and takes out one of the motorcycles, prompting its rider to hastily depart with the others. The police are subsequently notified. The sheriff makes an important point. Despite the number of bullets fired by the attackers, not even one of them has hit either Jesse or Amber. So, they consider whether this is just an elaborate prank.

Jesse becomes jealous as his wife receives praise from their friends and congregation members for her shooting skills, while he is ridiculed for missing all his shots. Even his middle son Pontius mocks him. Jesse convinces his close male friends and members of the Second Chance prayer group to accompany him as he goes to Memphis to threaten Junior (Eric Roberts), who he believes to be responsible for the attack.

Judy’s constant need for validation and self-centeredness once more exasperates Eli as the Gemstone family meets the local law enforcement after the attack on Jesse and Amber. Later, BJ goes to speak with the Gemstone family patriarch. In a touching scene, BJ helps the older man realize that Judy is not that different from him. Their family is the very definition of dysfunctional. With Judy, this manifests in an unconventional manner. She tends to hold things right until the moment she can’t. And when they do come out, they are often odd, loud, and even mean. But they always come from a place of hurt.

This is perhaps the lengthiest conversation that these two men have ever had. BJ seems to have earned his father-in-law’s respect by the time it ends. Meanwhile, Kelvin loses his position as the head of the God Squad to Torsten, the self-proclaimed most powerful guy in the squad. After being criticized by her father, Judy seems to realize the predicament Tiffany is in and treats her with surprising gentleness. She reveals to the other woman this is not the first time that “Baby” Billy has abandoned his family.

In the closing sequence of the episode, Eli gets attacked by presumably the same group of motorcyclists from before. However, unlike with Jesse and Eli, they don’t miss this time. Eli gets shot multiple times in his car. As the episode ends, his fate is left uncertain. But the Gemstone patriarch is most likely not dead, despite the best attempts by his attackers.

This is not ‘Game of Thrones,’ where death is always a prevalent part of the narrative. John Goodman’s character serves as an anchor for the rest of his family. Taking Eli out just for sensationalism will be a complete waste. The mystery regarding the attackers will keep unfolding on its own whether or not Eli dies. Moreover, a significant portion of Eli’s past is left to be explored, including what seems like an abusive relationship with his father.

Who Tries to Kill Eli?

The most obvious suspect is undoubtedly Junior. That’s the conclusion that the show wants its audience to arrive at. Jesse thinks the same as well. He arms his friends with what he claims to be exact scientific copies of the slingshot with which David killed Goliath and goes to threaten Junior. Shortly after, the attack on Eli happens. The implication here is that Junior not only decided to ignore the threat but also viciously retaliated to force the Gemstones to realize who they are dealing with.

However, as we have discussed before, Junior doesn’t seem to have that capacity of ruthlessness in him. If anything, he appears to be somewhat incompetent and an underachiever. Life hasn’t turned out the way he had hoped, but that doesn’t mean that he would send hired killers after someone. So, this leaves one other possibility, the Lissonses. They stand to gain much if Eli is out of the way.

They probably orchestrated the attack on Jesse and Amber as a smokescreen so that they (the Lissonses) could not be connected to Eli’s death. The Gemstone Ministries is supposed to have significant involvement in Zion’s Landing. But with Eli on top, that was proving to be increasingly impossible. So, the Lissonses probably decided to force certain changes.