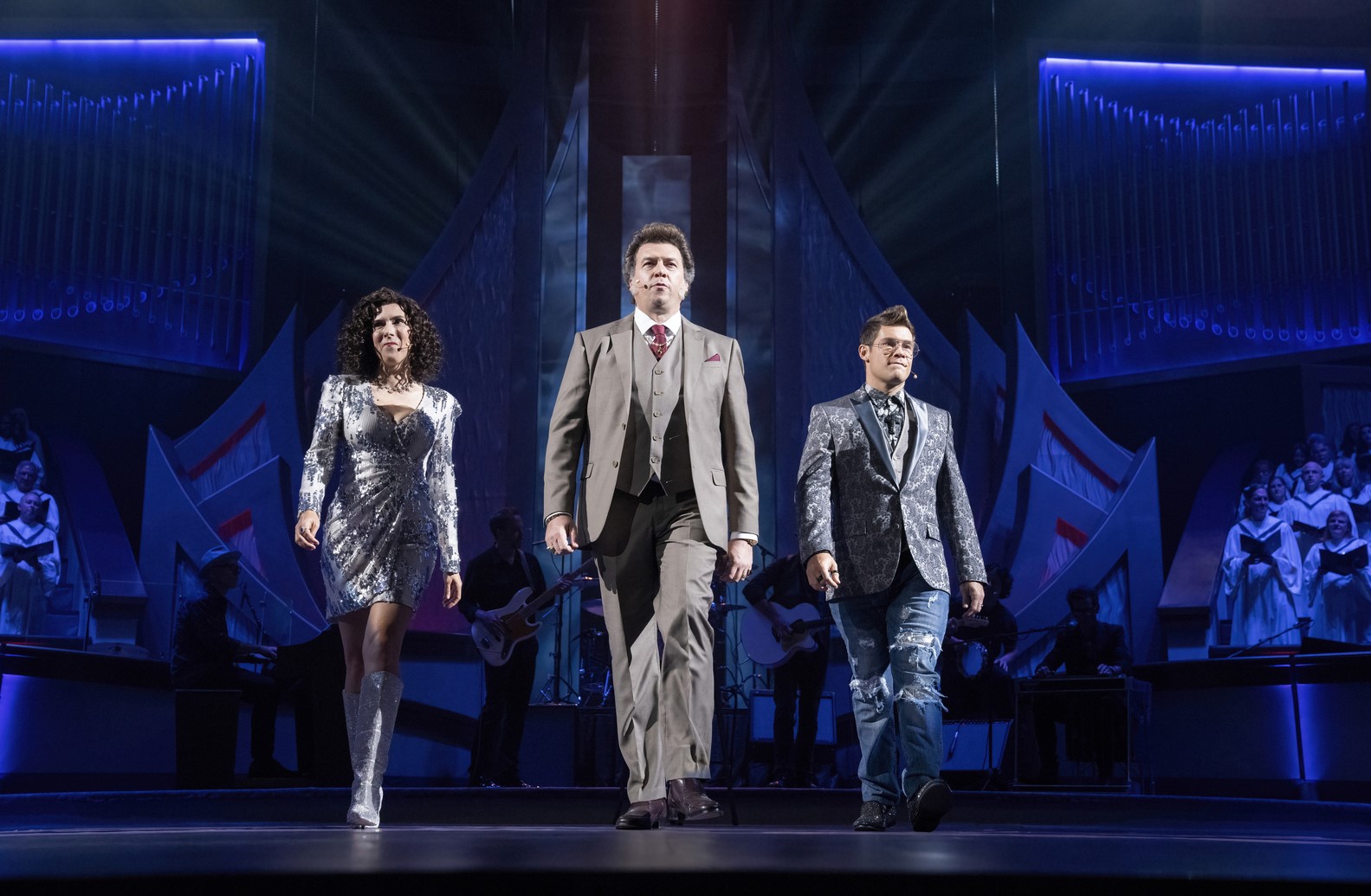 Danny McBride has a very layered approach to humor. The in-your-face kind makes you laugh immediately, while the subtle kind makes you think. The second season of ‘The Righteous Gemstones’ ends explosively. We finally learn the identities of the people behind the attacks on the Gemstone family. “Baby” Billy (Walton Goggins) returns as the Gemstones celebrate the foundation of Zion’s Landing with the Lissons. Joe Jonas makes another surprise appearance in the show in its final episode. Here is everything you need to know about the ending of the second season of ‘The Righteous Gemstones.’ SPOILERS AHEAD.

The season 2 episode 9, titled ‘I Will Tell of All Your Deeds,’ begins by explaining various mysteries that have become apparent throughout the season. It is revealed that Lyle (Eric André) and Lindy (Jessica Lowe) are indeed behind the attacks on the Gemstones. The first scene of the episode shows what happened in Thaniel Block’s (Jason Schwartzman) rented cottage before the Gemstone siblings got there in episode 2.

Thaniel and Lyle met to discuss their partnership. Lyle was the one who gave Thaniel information about Makawon Butterfield. However, Thaniel wanted a bigger fish, and no fish is bigger in the murky pond of religion in America than Eli (John Goodman). By then, Lyle and Lindy had already reached out to Jesse (McBride) and Amber (Cassidy Freeman) and asked them to be their partner on Zion’s Landing.

Thaniel’s investigation was actually hurting Lyle. Thaniel dismissed Lyle’s concerns and even threatened to write about Thaniel’s church if he didn’t give him anything on Eli or similarly powerful pastors. Lyle tried to sell out four pastors from his own church as an attempt to placate the other man, but Thaniel rejected the offer. When Lyle came outside, those same pastors were waiting for him in the car. He told them that Thaniel had found out about their indiscretions.

What followed is a prime example of the cascading effect. One of them had brought grenades instead of guns. Another one, Doug, pulled the pin of a concussion grenade, and it exploded inside the car. The first died after Thaniel came out and shot him. He dropped a pin-less exploding grenade, and the ensuing explosion shot Doug up on the tree. Both are dead.

Thaniel rushed inside while shooting and got hit by a ricocheting bullet. The man with the torch in episode 2 was Chet, one of the remaining two men that came with Lyle. Believing that the Gemstones might have seen them and not wanting to leave behind any evidence, Lyle burns them alive along with the cottage.

In the present time, as Eli has given his approval to Zion’s Landing, things are set in motion. A celebratory party is arranged at the very location in Florida where the hotel is supposed to come up. “Baby” Billy shows up, with seemingly real intention to be the father of his and Tiffany’s child. Tiffany gives birth inside a toilet. However, the baby gets stuck inside the toilet bowl, and “Baby” Billy has to pull it out. He asks Tiffany for forgiveness, and the two of them reconcile.

The Righteous Gemstones Season 2 Ending: Are Lyle and Lindy Lissons Dead? Who Told the Cycle Ninjas of their Whereabouts?

Lyle tries to come clean to Jesse, revealing that he was behind the attacks on his family. He seems to genuinely think that Jesse can be capable of accepting his father’s death if it furthers his own ambitions. Jesse Gemstone has a multitude of shortcomings, and he does want to lead the Gemstone Ministries. But he definitely is not that vile.

Meanwhile, Junior informs Eli that the weapons with which the latter was attacked match the ones sold in Texas. Ultimately, it is revealed that Lyle and Lindy conjured up the plan together. They manage to escape after shooting BJ in the leg and forcing the rest of the Gemstone family to walk into the ocean. However, Martin keeps a tab on them. The cycle ninjas, to whom Lyle owes a significant amount of money, are informed that the Lissons are in Alaska.

Lindy is shot to death by the cycle ninjas after Lyle betrays her and throws her out of their cottage in a box. Lyle tries to run away in his undergarments, and the cycle ninjas let him go, presumably knowing what will happen. He is frozen to death amid the frozen landscape, and as the episode ends, it is heavily implied that his body is shredded and eaten by a pack of wolves.

What Happens to Zion’s Landing?

Zion’s Landing is a Christian timeshare resort that the Lissons were planning to build on the picturesque beaches of Florida. They roped in Jesse and Amber with promises of more wealth, influence, and glamor. Jesse knew that he couldn’t invest $10 million into the project because everything he had belonged to the church. After Eli survived the attack, he decided to fund Zion’s Landing as a way to reconcile with his oldest son.

However, now, the Lissonses are dead. The ending sequence of season 2 reveals that the Gemstone family has completely taken over the project and made it a part of their ever-expanding empire. While Eli may be an exceptional minister, he is an even better businessman. He knows that the idea of a faith-based resort has its merit, despite its source, and decides to remain invested in it.

Who Are the Cycle Ninjas?

Jesse calls the motorcycle-riding attackers cycle ninjas. In the season 2 finale, it is revealed that they live in an orphanage run by the Lissonses. Lyle thinks he can control them, but he is proven wrong. He sent them after Eli. However, they thought that the Gemstone patriarch would be on the bus and ended up shooting at Jesse and Amber instead. Even when they managed to shoot Eli, he survived.

When Lyle refuses to pay them, the young hooligans pull their guns on him. Lyle still doesn’t take the threat seriously until one of the cycle ninjas shoots on the ground near him. A terrified Lyle agrees to pay. However, as we know, he never does and flees to Alaska.