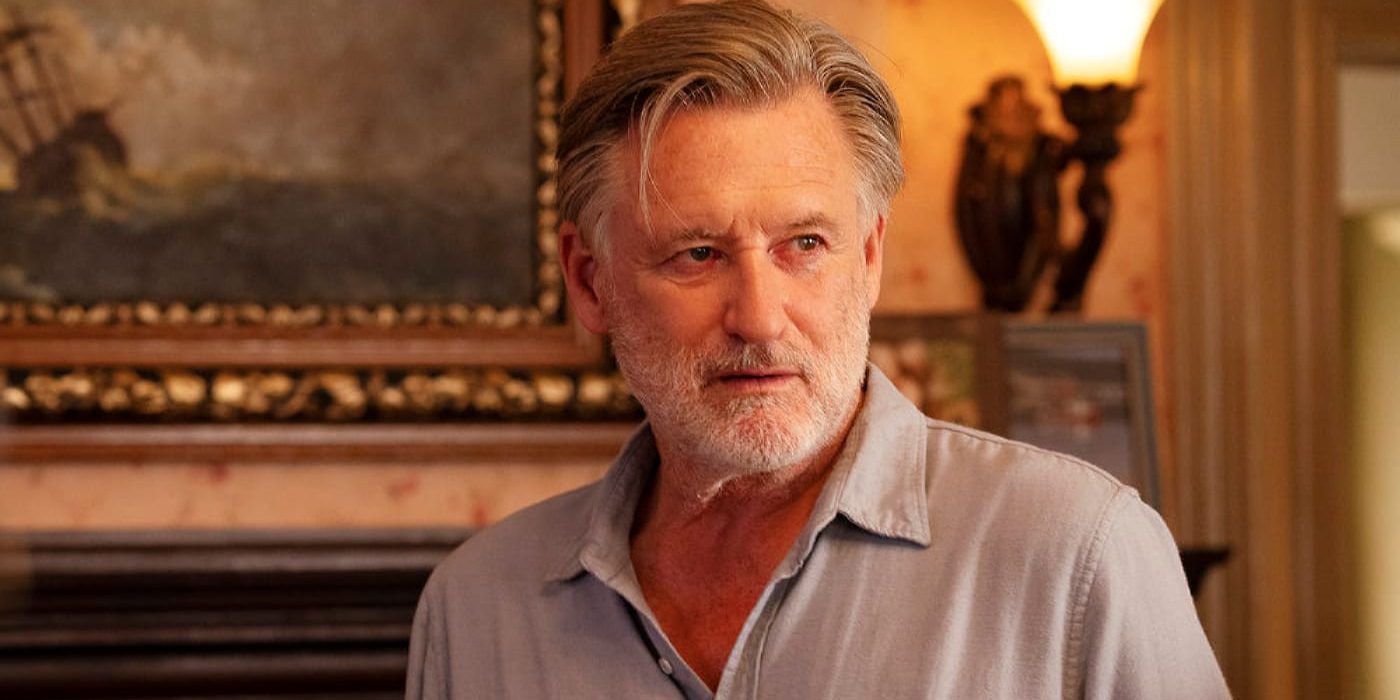 The early episodes of ‘The Sinner‘ season 4 revolve around Harry Ambrose investigating the disappearance of a girl named Percy Muldoon despite initially being convinced that she jumped off a cliff resulting in her death. Harry’s instincts are proven correct, but in the fourth episode, the investigation does not head in the direction Harry was hoping. Meanwhile, Harry must also deal with some problems in his personal life.

Nonetheless, Harry continues to follow his instincts and works on the case. The trail of clues he has collected continues to grow even more puzzling, and not even a seasoned detective like Harry can piece it all together. But don’t worry, we put on our sleuthing hats and tried to solve at least some of the mysteries from the episode. Here’s everything you need to know about the ending of ‘The Sinner’ season 4 episode 4! SPOILERS AHEAD!

The fourth episode, titled ‘Part IV,’ opens with the discovery of Percy’s body. The Muldoons are called in, and it is revealed that Percy died from falling off the cliff, thereby ruling her death as a suicide. Raskin gives the Muldoons the option of closing the investigation or keeping it open. The family opts to close the case, much to Harry’s dismay. Harry discovers a Celtic star symbol that Percy was carrying with her when she died. Behind the symbol, the name “Valerie” is engraved.

Sonya tries to pursue Harry into moving on from the case and leaving Hanover Island. Harry reluctantly agrees. The symbol leads Harry to Colin’s boat. Harry follows Colin and finds him at an AA meeting, where Colin laments his last confrontation with Percy. The following day, Meg calls Harry to meet her and expresses her desire to keep the investigation open. Harry reveals that he is set to depart the island.

Harry meets with Raskin at the Lam family diner. Before leaving, CJ convinces his dad, Mike, to speak with Harry. Mike reveals that before Percy died, he saw her arguing with Colin. Meanwhile, Sonya returns home only to find it ransacked. She spots a red raincoat-clad figure outside the door but doesn’t see the person’s face. She insists on leaving the island, and Harry drops her off at the docks but decides to stay back. Harry attends Percy’s funeral, where he sees Colin bullying Percy’s ex, Brandon. He later spots Brandon wearing a red raincoat.

Harry contemplates following Brandon but opts against it after seeing another individual wearing a similar raincoat. Later that night, Harry sneaks onto Colin’s boat but finds himself locked under the deck. Colin confronts Harry in the middle of the sea. Colin argues that he was trying to help Percy by guiding her towards having faith in God. However, she was clearly under someone else’s control and had started making strange drawings. Colin shows Harry the drawings, but when Harry insinuates that Colin had something to do with Percy’s death, he pushes Harry out of the boat.

The Sinner Season 4 Episode 4 Ending: What Is the Bazegw Legend?

After reaching home from his altercation with Colin, Harry recreates one of the diagrams Percy drew. He realizes that the alphabets Percy drew in the diagram spell out the word “Bazegw.” Harry recollects that on his way to the island, Sonya read him the Legend of Bazegw, a folktale native to the Hanover Island.

According to the legend, De Paor, an Irish man, settled on Hanover Island. However, the fish on which his livelihood depended vanished. De Paor sacrificed his daughter on the Bazegw Cliff to a God so that the fish would return to the sea. Harry goes to the Bazegw Cliff and finds a drawing depicting a demon-like figure devouring a girl with Percy’s name written in the back.

The legend and the picture both suggest that Percy was sacrificed. In the second episode, we see that the Lams and Muldoons are fighting over the control of the fishing operation on the island. However, there’s a scarcity of fish, causing a conflict between the two families. It is likely that someone forced Percy to become a part of the sacrificial ritual to bring back prosperity to the island.

However, the legend also states that the fish returned for everyone but De Paor. The fish in the story could also be a metaphor for prosperity. Bazegw is the Abenaki word for number one. The Abenaki are an ethnic group residing in Maine (where Hanover Island is located) and in parts of Canada (the homeland of the Lams). Therefore, the Muldoons or the Lams could have a hand in Percy’s death.

Do Harry and Sonya Break Up?

In the episode, we see Harry and Sonya get into an argument over Harry’s reluctance to leave the island. Sonya identifies that the case is bringing the worst out of Harry and tries to convince him to leave. However, after initially agreeing, Harry changes his mind at the last moment. Sonya becomes upset as she sees Harry’s desire to solve the case as an attempt to make up for his past mistakes. She exclaims that she cannot go on like this, hinting at the end of their relationship.

Sonya leaves, and Harry stays behind, with their relationship status left in limbo. During their conversation, Harry asks Sonya for a few days to finish the case. It is likely that Sonya will wait for a few days for Harry to return. However, if he doesn’t, she could see it as a sign that Harry is prioritizing his obsession over her. Therefore, Sonya could break things off with Harry for good. One thing is for sure, Harry and Sonya’s relationship is now on thin ice.