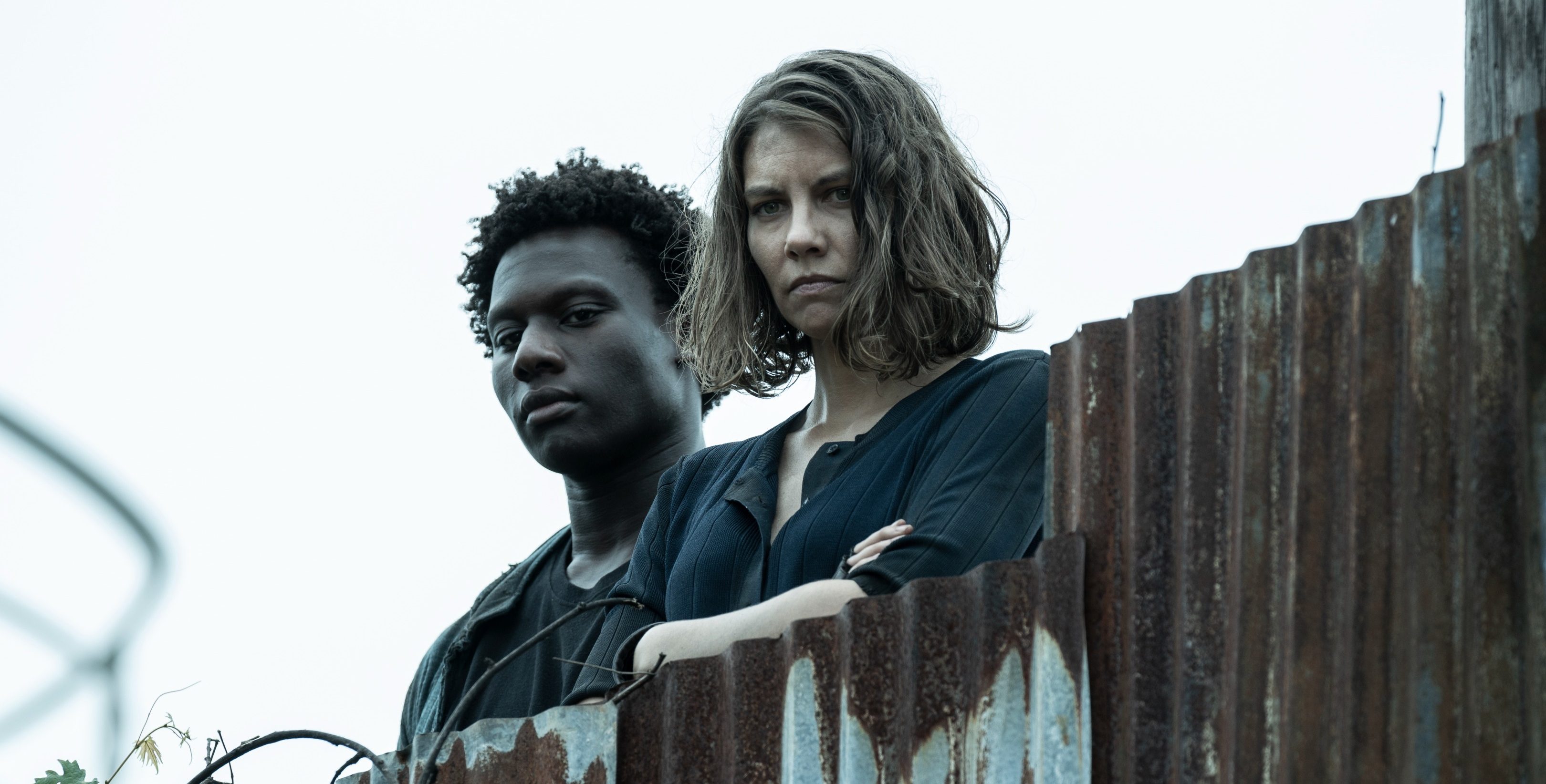 The sixteenth episode of AMC’s post-apocalyptic series ‘The Walking Dead’ season 11 follows Lance’s efforts to bring down Maggie. Leah joins hands with Lance upon his job offer to kill the one who annihilated her family. Daryl, Aaron, and Gabriel realize the threat Lance poses and begin their fight against the Commonwealth’s deputy governor and his forces. Meanwhile, Maggie asks Negan and Annie to take care of her son Hershel as she set out to fight against Lance. The final episode of the season’s second part ends with a dramatic turn of events as Lance rewrites the fate of the survivor communities. Well, here’s our detailed look at the same! SPOILERS AHEAD.

The sixteenth episode of season 11, titled ‘Acts of God,’ begins with Maggie asking Hershel to stay with Negan and Annie, who finds shelter in an underground bunker with other Riverbend members, as she goes to fight Lance. She expresses her trust in Negan, who promises to look after her son. Maggie returns to Hilltop with Elijah, Lydia, and Marco. She sets up a trap to kill Lance and his men. Meanwhile, Lance and Leah become allies to kill Maggie. Lance wants Hilltop while Leah seeks to exact vengeance on the destroyer of her family.

Daryl, Aaron, and Gabriel realize Lance’s true intentions, leading them to kill the soldiers of the Commonwealth’s deputy governor. They try to find Lance to kill the remaining soldiers to protect Maggie and Hilltop. Leah and her group arrive at Hilltop and most of them step into Maggie’s trap, which results in an explosion that kills them. When Maggie and her group come out of hiding after the explosion, Leah kills Marco and starts to hunt the others. Maggie forces Elijah and Lydia to leave her and escape, only to eventually get caught by Leah. Back in the Commonwealth, Max steals a file from Pamela.

Max and Eugene join Connie and others to go through the file. They come across a list of over two-hundred names that include Tyler and April. Magna invites Ezekiel to the meeting, who assures any help they need to decode the files. Connie, as a start of their secret campaign against Pamela, reports Sebastian’s involvement in the death of several civilians, questioning the integrity of the Miltons.

Yes, Leah is dead. Ever since escaping from Maggie, Leah patiently awaits an opportunity to avenge the death of her fellow Reapers. The alliance with Lance gives her a perfect opportunity to fulfill her wish. After capturing Maggie, Leah ties her up. She refrains from killing her enemy right away and waits to let Maggie know that she will annihilate her entire community and loved ones in return for her actions. More than the opportunity to kill her, Leah cherishes the chance to destroy everything Maggie has cared for, from Hilltop to her allies.

However, time runs away from Leah’s hand. Maggie manages to untie her knot and fights her back. By the time, Daryl arrives at the place and kills Leah to rescue Maggie. Even though Daryl once loved her, his feelings toward her don’t equate with his bond with Maggie. When he comes across the need to choose between Maggie and Leah, he doesn’t wait to shoot at the latter and kill her. Maggie has his back and has been protecting him for a long time. For Daryl, such a relationship weighs more than the feelings he had for Leah. Upon rescuing Maggie, Daryl leads her to Aaron, Gabriel, and other allies before Lance can hurt her.

What Happens to Alexandria, Hilltop, and Oceanside? Why Does Lance Hang the Commonwealth Banners at these Communities?

Lance occupies Alexandria, Hilltop, and Oceanside. When Maggie decides to offer help to the members of Riverbend, Lance realizes that she may potentially become an influential figure among other survivor communities to challenge his authority. Using Leah, he tries to put an end to Maggie’s life but fails. Nevertheless, he manages to keep Maggie away from her community, specifically on the run. Lance takes advantage of her absence to seize control of Hilltop and hangs a banner to display his authority over the place. He does the same in Oceanside since he knows that the community is powerless without Maggie to provide security and assistance.

Taking advantage of Rachel’s powerlessness, Lance captures Oceanside to increase the realm of his authority. He also wants to avoid Maggie coming back to Oceanside to fight him with Rachel. Alexandria, however, is the price Daryl, Aaron, and Gabriel pay to protect Maggie. When Lance realizes that the trio isn’t on his side, he feels no obligation to leave Alexandria out of his authoritarian regime. The deputy governor of the Commonwealth gains control of these communities to not allow Maggie and her allies to find a base to fight him.

In addition, Lance is still answerable to Pamela. If the governor of the Commonwealth demands an explanation concerning the deaths of numerous soldiers, Lance needs to justify the deaths. The integration of the three communities into the Commonwealth may help him satisfy Pamela. He also knows that he can use the communities to expand his power, possibly to defeat Pamela in due time to be the supreme tyrant of the survivors.

Read More: Does Daryl Die in The Walking Dead? Theories