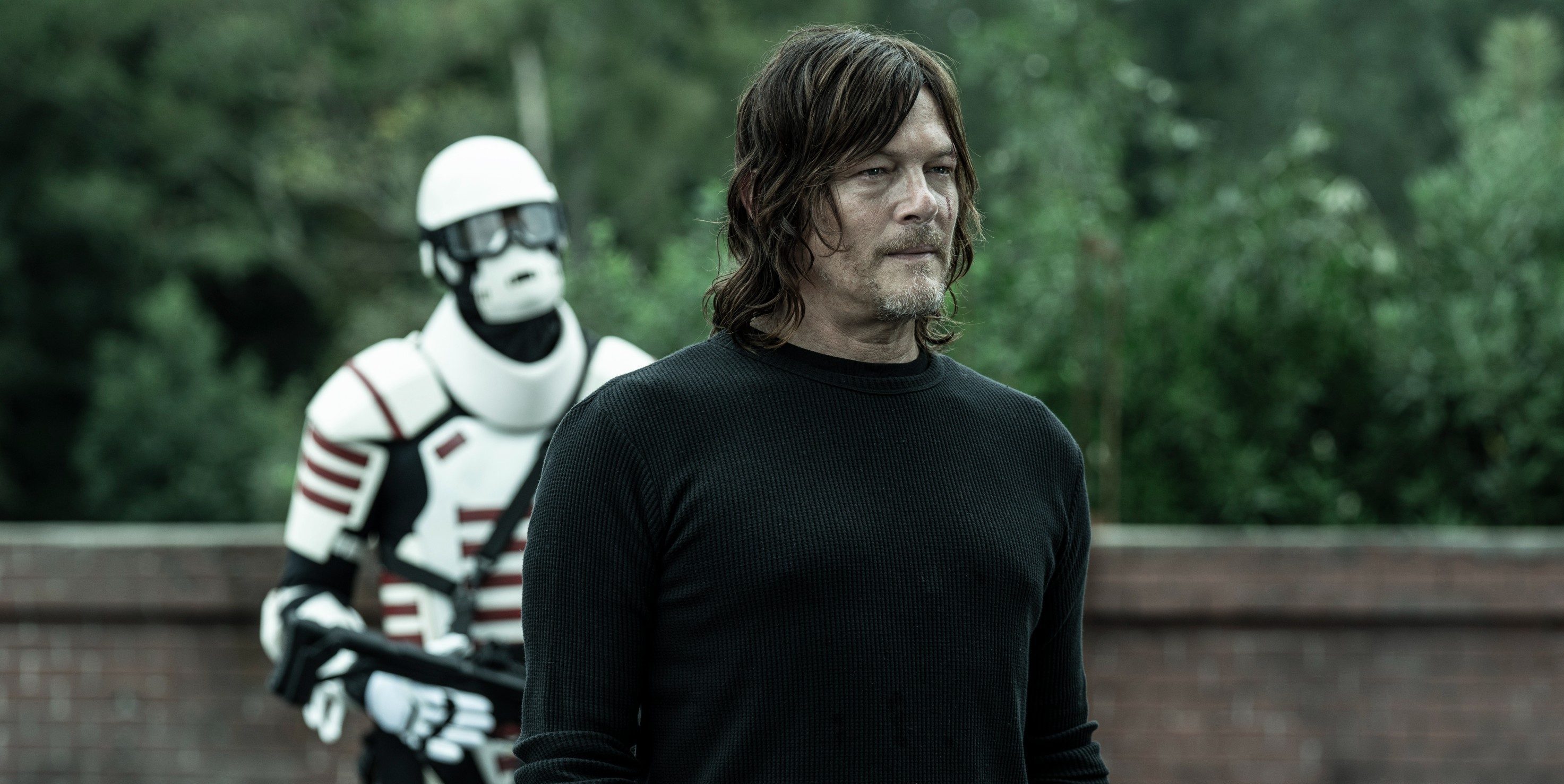 The fifteenth episode of AMC’s post-apocalyptic series ‘The Walking Dead’ season 11 follows the aftermath of Toby Carlson’s death and Negan, Annie, and their group’s escape. Lance arrives at the religious group’s building with soldiers to investigate the predicament. He starts to suspect Aaron and Gabriel since he doesn’t believe the duo’s explanation concerning Carlson’s death.

Back in the Commonwealth, Eugene seeks the help of Max to unravel the mystery behind the ambiguous list of names Connie received. The episode ends with an intriguing cliffhanger as Lance devices a plan to battle the threats he faces. On that note, let us explain the ambiguities regarding the same! SPOILERS AHEAD.

The fifteenth episode of the eleventh season, titled ‘Trust,’ begins with Lance raising his doubts regarding Aaron and Gabriel’s explanation that the religious group escaped after killing Carlson and the soldiers. Lance believes that the group didn’t harm Aaron and Gabriel because they knew the two men. His suspicions lead him to Maggie’s Hilltop. Daryl asks Maggie to trust him and open the door of Hilltop after making Lance promise that no one will be harmed during the search for the group and the stolen guns.

Lance comes across Hershel, and the former puts a cap he found at the abandoned building; it fits perfectly on Maggie’s son, confirming his suspicions. When Maggie threatens to kill Lance, thinking the latter would harm her son, Lance and his soldiers retreat. Meanwhile, Mercer and Princess start a casual relationship.

Eugene and Rosita talk to Connie regarding the group of people who died while trying to retrieve the money from the abandoned house for Sebastian. Connie shares the list of names she has with them, who realize that there is a lot hidden in the community they live in. Eugene meets Max and informs her about the same. She talks to Mercer about standing against Pamela but fails to convince her brother.

Ezekiel, while continuing his recovery after the surgery, meets Tomi and requests him to do an appendectomy on a friend outside the hospital. They steal surgical supplies to conduct the operation but get arrested by the Commonwealth soldiers. Carol uses her influence to release them. Tomi conducts the surgery and saves Ezekiel’s friend. Mercer talks to Princess about the emotional pain he suffers from after killing Sebastian’s two soldiers. Princess promises to find a way for him to process the pain.

After leaving Hilltop, Lance instructs the soldiers to set up camps in the woods to search for the religious group and the stolen guns. As the soldiers continue their search, Leah hides and shoots at them. Lance asks Leah to stop the shooting and offers her a job. Most likely, Lance will assign Leah to kill or capture Maggie and seize control of Hilltop in return for the stolen guns and additional resources. For Lance, Maggie and her people are capable enough to kill an entire troop of the armed Commonwealth army and Carlson. Thus, the deputy governor of the Commonwealth views her as an opposition that can threaten his ambitions and authority.

Carlson’s death teaches Lance that the religious group isn’t completely powerless. Since they join hands with Maggie, his aspiration to hijack Hilltop and Oceanside may not materialize. As Lance confronts the reality in front of him, he must have realized that he needs to eliminate Maggie as a threat by either killing her or limiting her power. Lance may consider Leah as the perfect weapon to use against Maggie. Since Leah is strong and efficient enough to attack his convoy, kill his soldiers, and steal his guns, Lance may find her capable of destroying Maggie and her community.

As far as Leah is concerned, Lance’s job offer may pave the way for her to exact vengeance on Maggie for annihilating the Reapers. Since her return from hiding and the stealing of the guns indicate that Leah is preparing for a battle against the people who harmed her, Lance may find a perfect accomplice in Leah to wage a war against Maggie and her allies. Lance may even welcome Leah to his secret group as his unrevealed plans, possibly to gain control of the Commonwealth and other nearby communities, are taking shape.

What Does Max Need to Steal?

When Rosita reveals to Connie that Sebastian had sent several civilians to die for his selfish gain, including April, Connie thinks that the list she has is connected to the same missing or dead civilians. However, Rosita tells Connie that the list has way more names than the number of people who were sent by Sebastian. They realize that the key to the mystery must be locked up by the Miltons, restraining them from unraveling the truth.

Understanding the need for inside access, he asks for Max’s help. Eugene may instruct Max to steal any confidential files regarding any missions or assignments that involved now-missing individuals. Since Eugene isn’t sure about the possible connections between Connie’s list and the civilians sent by Sebastian, he may ask Max to find any documents regarding civilian recruitments.

Max and Eugene may even connect the predicament to the anti-Commonwealth group. If the names in the list are people who fought against Pamela and her son’s tyranny, documents concerning secret assignments to obliterate threats and resistances are a possibility. In a way, any documents the Miltons want to hide from their citizens may help Eugene and others to bring out the truth and Max may need to steal them.