The Way Back: Everything We Know 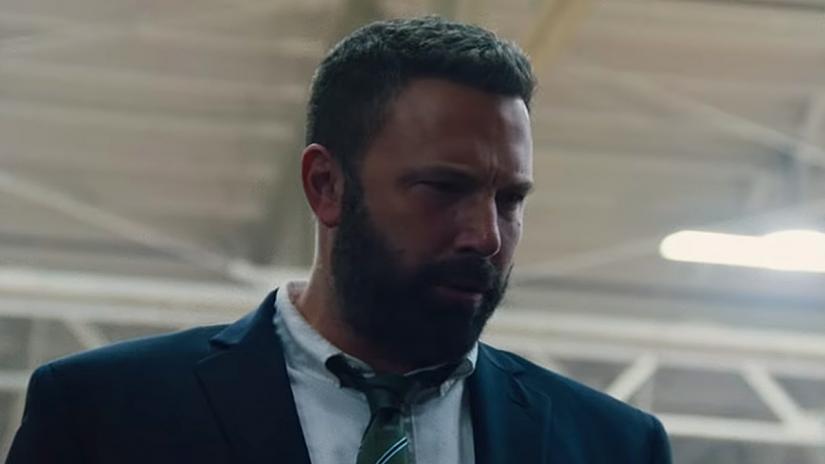 Sports movies present the perfect opportunity of scripting a classic three-act Hollywood movie story. The upcoming movie, ‘The Way Back’ is another sports movie that seeks to employ this readily available structure to present a gripping film. Since the genre enjoys huge amounts of popularity, it has also become conventional leading to most movies feeling the same.

There is the depiction of downtrodden times in the story’s opening act wherein a team or a player is shown to be going through a rough patch or starting out their journey being an amateur. The middle act is devoted to the struggle and attempts to resolve whatever major conflicts the story is about. This could involve some form of physical training or mastering of skills or attempts to get over personal conflicts like self-doubt. And finally, the concluding act is about the final fight or match. This usually features a crucial sports game that the movie has been leading up to or the toughest obstacle of the journey.

However, sports movies aren’t just limited to sporting teams or players. Coaches have formed integral characters for sports movies too. In fact, several movies focus on the coach or the manager of a sports team as the protagonist. Examples include ‘Moneyball’ and ‘Remember the Titans.’ Interestingly, the latter also explored the theme of racial integration. This way, sports movies have been known to be about something more than victory or the sport that they are about.

Similarly, ‘The Way Back’ is more of a drama movie than a sports movie. It revolves around the personal conflicts of the protagonist, a high school basketball coach. More than the high school team’s plight, the movie is about the central character’s journey that is not related to the sport. Continue reading if you want to find out what the movie is about, who stars in it, who has made it and when it will release.

The Way Back Plot: What is it About?

‘The Way Back’ revolves around the character of Jack Cunningham who has been spiraling into depression and alcoholism. He was once a high-school basketball star with a college scholarship but walked away from his hopeful life for an unknown reason. The alcoholism that has been worsening Cunningham’s condition was also the reason that cost him his marriage, cornering him into the hole of poor mental health.

However, when he is offered the opportunity to coach his former school’s basketball team, he accepts it, thinking that it will keep his mind off depressing thoughts. But the high school basketball team is nowhere close to the glorious line-up that once existed and Cunningham finds himself facing the gargantuan task of making them victorious. As he begins to get it in order, demons from his past return to haunt him and he is forced to overcome them.

The Way Back Cast: Who is in it?

Ben Affleck leads the cast of ‘The Way Back.’ He plays the central character in the movie: that of former high-school basketball prodigy, Jack Cunningham. The American actor is extremely popular and his prominence has meant that he is not known just for a couple of particular movie roles. That is certainly impressive given the fact that he has played the legendary caped crusader, Batman in ‘Batman v Superman: Dawn of Justice’ and ‘Justice League.’ Starting out as a child actor, some of his earlier movies include ‘Dazed & Confused,’ and ‘Chasing Amy.’ Moreover, his talents aren’t limited to just acting. He has won an Academy Award for Best Original Screenplay for co-writing ‘Good Will Hunting’ with Matt Damon and an Academy Award for Best Picture for ‘Argo,’ which he directed.

Apart from Affeck, Al Madrigal plays a character named Dan in the movie. The comedian, actor, producer and writer has appeared in several sitcoms including ‘Gary Unmarried’ and ‘Welcome to the Captain.’ Moreover, he also founded the podcast network, All Things Comedy.

Michaela Watkins is also a member of the movie’s cast. She is an American actress who is best known for playing a single mother in Hulu’s ‘Casual.’ She also appeared on the sitcom, ‘Trophy Wife’ apart from ‘Transparent’ and ‘Enlightened.’

The Way Back Crew: Who is Behind it?

‘The Way Back’ is directed by Gavin O’Connor. The American filmmaker is best known for directing movies like ‘The Accountant,’ ‘Warrior’ and ‘Miracle.’

The movie’s script is written by Brad Ingelsby. Moreover, the music is composed by Rob Simonsen while the cinematography has been handled by Eduard Grau. David Rosenbloom, on the other hand, is responsible for editing the movie.

The Way Back Release Date: When Does it Premiere?

‘The Way Back’ is scheduled to release in the United States on March 6, 2020 and is distributed by Warner Bros. Pictures. It promises to be another riveting sports drama with more focus on the drama than the sports. Regardless of that, it will provide the opportunity to watch engaging climactic moments like the last few minutes of a game paired with an interesting character’s journey.

The Way Back Trailer:

The trailer for ‘The Way Back’ can be watched below.