The Wrong Valentine: Everything We Know 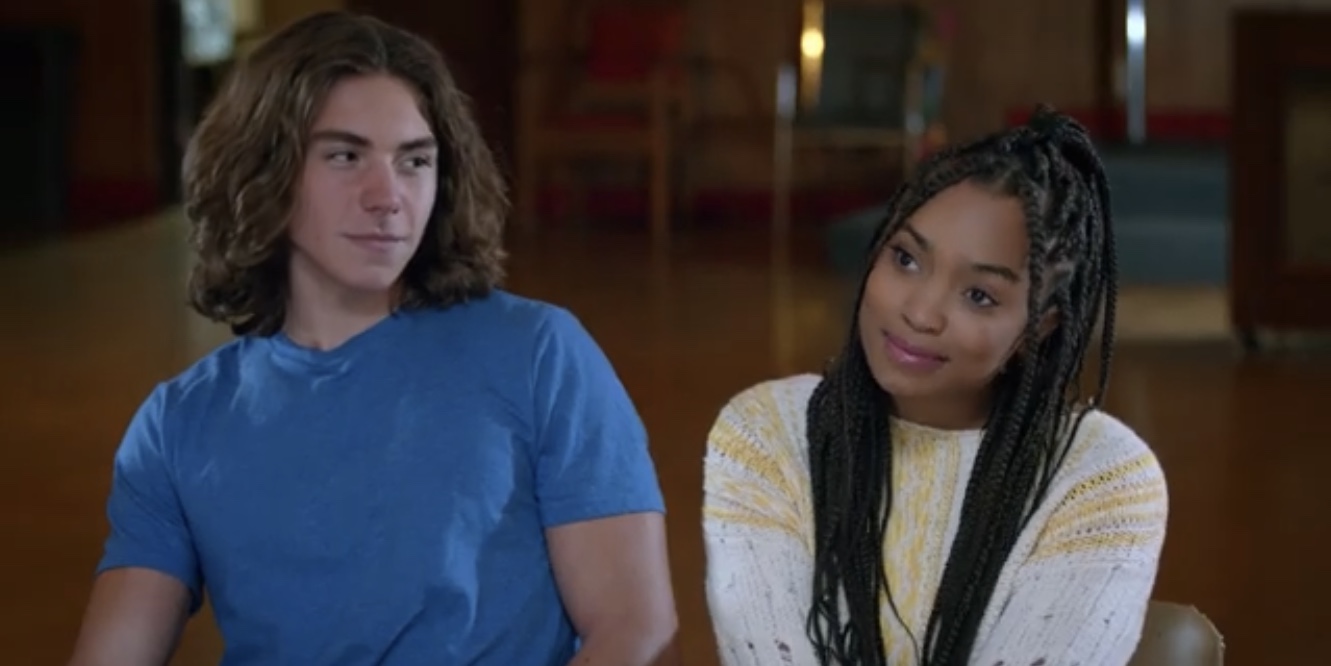 As a part of Lifetime’s ‘Wrong’ franchise, ‘The Wrong Valentine’ follows Emily, who attempts to put herself out there after her father’s death. She is academically sharp but has trouble making friends. It’s her senior year, and she takes help from Ms. Connelly (Vivica A. Fox) to make her time worthwhile. But there hasn’t been any progress in the love department, and she has yet to find a guy for Valentine’s.

Quite surprisingly, the new boy at school sends her a candy cupid, which happens to be a part of an annual school norm. Emily now has to tread with caution and figure out his real intentions. The great thing about the movie is that every girl more or less has experienced the same situation, which is why it seems like the perfect movie to watch on Valentine’s Day. If you are curious to know more about the movie, you’ve come to the right place.

To conceive the ‘Wrong’ franchise, Hybrid Films partnered with Vivica A. Fox, who also stars in each one of them. Since Hybrid is essentially a digital creative agency based in Los Angeles, we believe that ‘The Wrong Valentine’ must have been filmed there. Vivica Fox and DeCoteau (the director) worked in five films together around the same location owing to the pandemic, which further implies that they could not have picked far fetched locations for filming. Let’s get into details.

’The Wrong Valentine’ was seemingly filmed in Los Angeles, California. It is universally known that the City of Angels is the perfect spot for almost every activity, including filmmaking. Variety is its second name as it houses sun-soaked beaches, sprawling deserts, towering mountains, all of which surround a bustling metropolis. Actor Meredith Thomas (Mrs. Stein) posted a selfie with Fox seemingly taken during the filming phase. 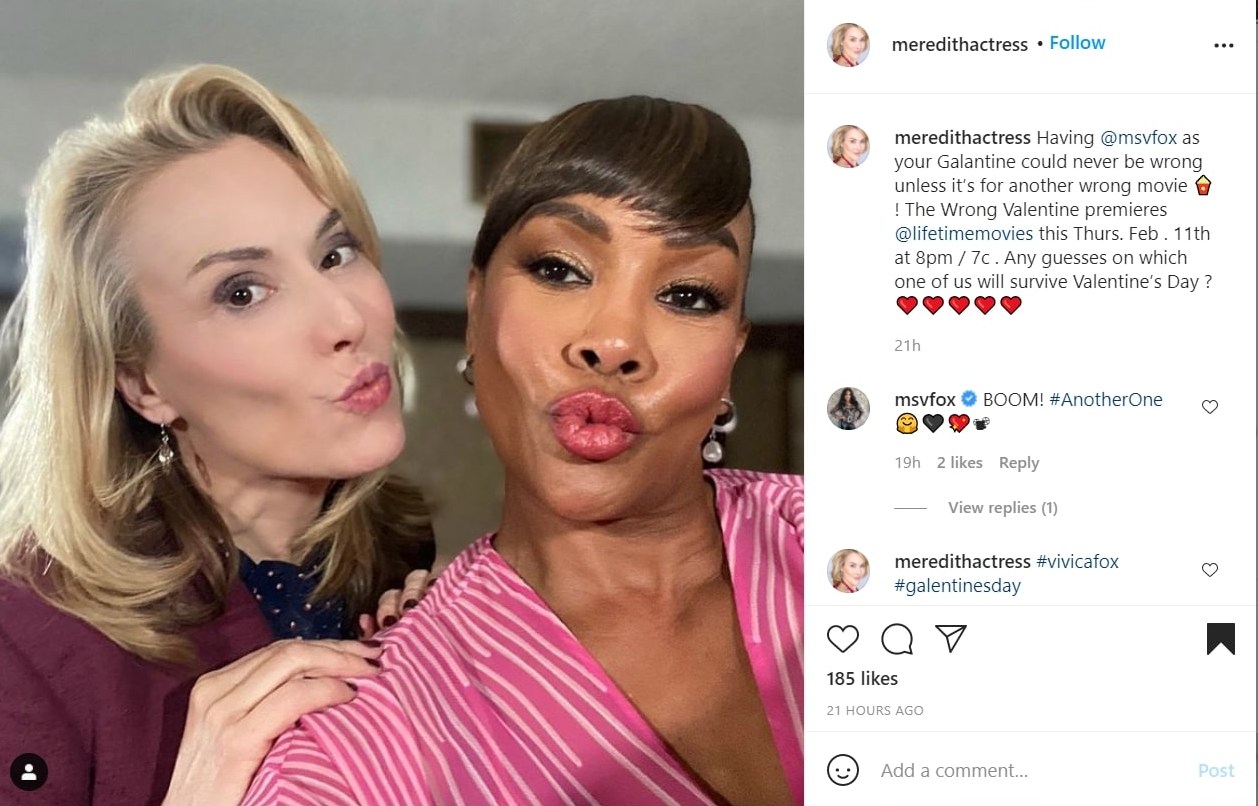 The city continues to attract directors and producers from all over the world. One of the most triumphant filmmakers, Quentin Tarantino shot ‘Once Upon a Time in Hollywood‘ (set in LA during 1969) in Los Angeles. Other significant productions like ‘La La Land,’ ‘Argo,’ ‘A Star is Born,’ and the iconic musical Singin’ in the Rain were also filmed in its generous expanse. Likewise, the city is home to famous production companies like Columbia Pictures, Universal Pictures, Walt Disney Pictures, Paramount Pictures, and Warner Bros.

The cast of ‘The Wrong Valentine’ includes Vivica A. Fox as Ms. Connelly. She is best known for her role in ‘Independence Day,’ which earned her several nominations and awards in 1996. Her other works include ‘Law & Order,’ ‘Raising Hope,’ ‘Empire,’ ‘To Tell the Truth,’ and many others. Mariah Robinson stars as Emily in the film.

You may recognize Robinson from her roles in numerous TV series and TV movies like ‘Wade in the Water,’ ‘A Royal Christmas Engagement,’ and ‘Cheer Camp Killer.’ Other cast members include Evan Adams as David, Arie Thompson as Ashley, Jacqi Vene as Michelle, Meredith Thomas as Mrs. Stein, Savira Windyani as Sara, Jake Marlow as Pete, and Joy Bergin as Ms. Harrison.

Is The Wrong Valentine Based on a True Story?

No, ‘The Wrong Valentine’ is not based on a true story. The movie can, in fact, be seen as a televised adaptation of every girl’s experiences with men, which are not always happy ones. ‘The Wrong Valentine’ is co-written by Robert Dean Klein, Peter Sullivan, and Jeffrey Schenck. Fox has mentioned that her movies deliberately teach people not to give too much of themselves in relationships. This is also evident in ‘The Wrong Stepfather,’ where Mrs. Woodley (Krista Allen), a recent divorcée, wrongly jumps into a relationship without her daughter’s approval. 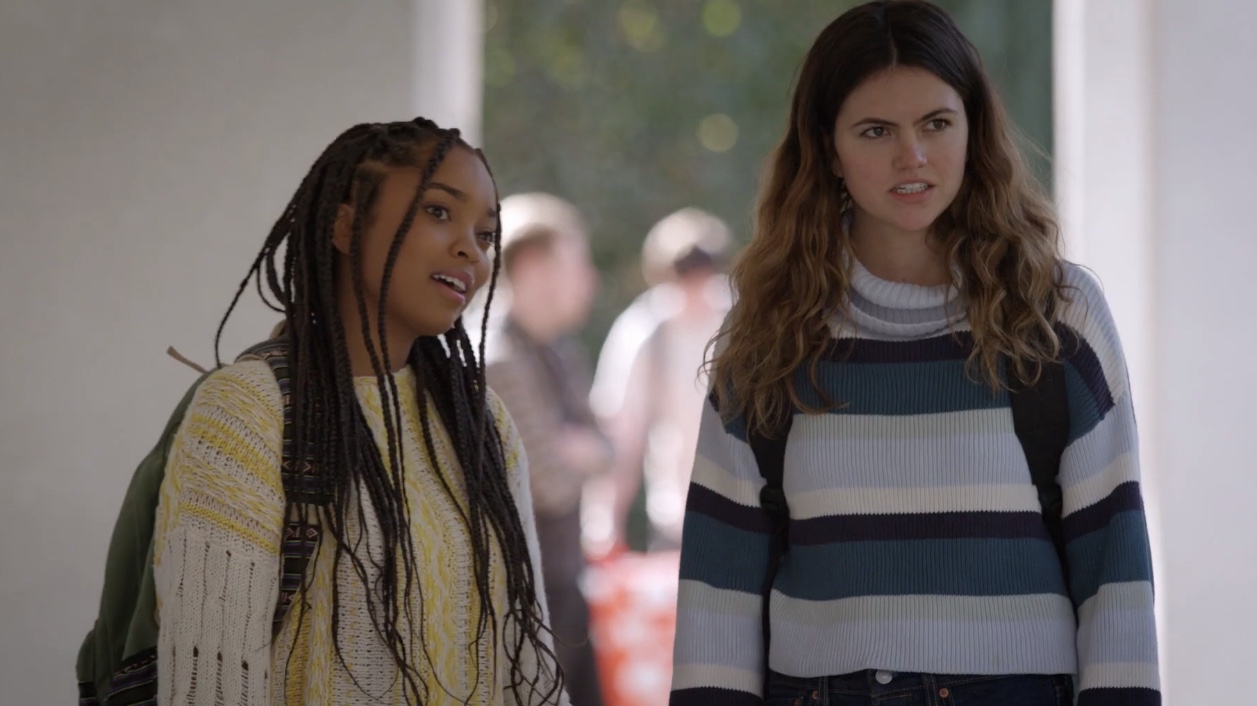 Hence, Fox’s movies are about people getting themselves into vulnerable situations, occasionally coaxed by loneliness. In an interview, Fox talked about men, who should be wary of watching her movies because of the deep-rooted feminism contained in them. She wants her work to be a lesson for boys so that they think twice before hurting women. The actor talked about people who try to be overly amicable towards her, as she suspiciously attempts to discover their real intentions. Her past experiences pushed her to build up this self-defense mechanism, which women genuinely need.

Fox’s declarations, along with the story of ‘The Wrong Valentine’, remind us of a memorable romantic comedy titled ‘10 Things I Hate About You.’ The movie follows Kat (Julia Stiles), who is persistently pursued by Patrick (Heath Ledger) as a part of a bet. Kat, oblivious to his real motive, ends up falling in love with him. Although ‘The Wrong Valentine’ does not have real-life credibility, it strikes a chord among ladies thriving in the 21st century who need to look a hundred times before leaping, as a hard and fast rule.