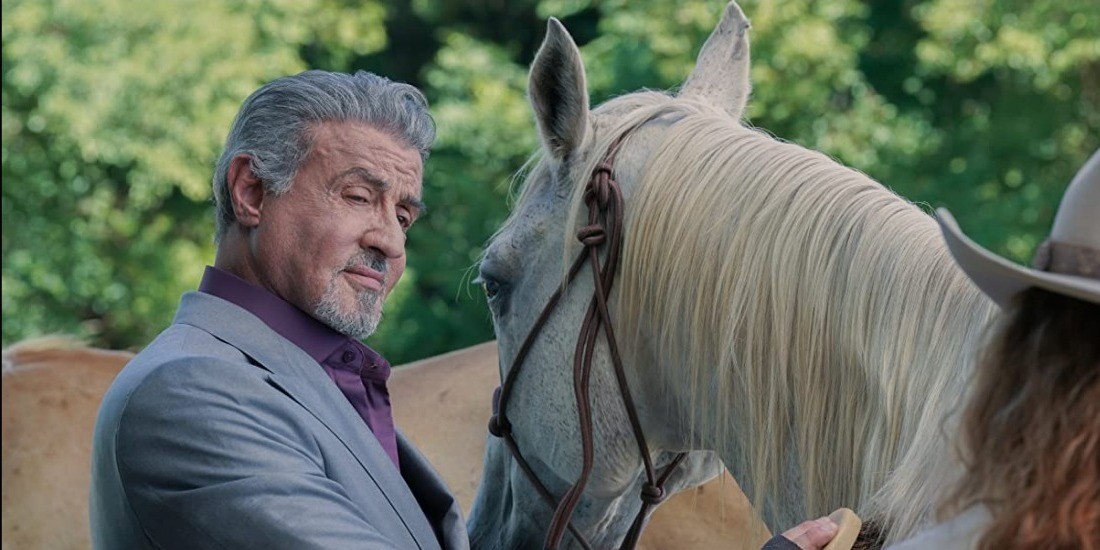 ‘Tulsa King‘ is a crime drama series on Paramount that revolves around Dwight “The General” Manfredi, a mafia capo from New York City who is banished to Tulsa, Oklahoma. As the narrative progresses, Dwight tries to establish a new criminal syndicate in the small town. In the seventh episode, titled ‘Warr Acres,’ Dwight’s conflict with Caolan Waltrip reaches a tipping point and causes unexpected casualties.

Meanwhile, Don Charles “Chickie” Invernizzi takes matters into his own hands to spearhead the Invernizzi family’s future. Therefore, viewers must be wondering how these plot threads will connect to each other. In that case, here is everything you need to know about the ending of ‘Tulsa King’ episode 7! SPOILERS AHEAD!

The seventh episode, titled ‘Warr Acres,’ opens with Dwight and Mitch burying the dead body of Carson Pike, one of Caolan Waltrip’s henchmen. After covering up the crime, Dwight and Mitch discuss their potential business arrangement. In New York City, Pete “The Rock” Invernizzi and his son, Don Charles “Chickie” Invernizzi, face time with a doctor. The doctor reveals that Pete’s cancer is in remission, and he will likely live several more years, delighting the father and son.

Meanwhile, Tina calls Dwight and tells him about the attack on her husband. Dwight suspects the Invernizzi crime family might be involved and asks Tina to move to Tulsa with her family. However, Tina refuses as she feels Dwight is hiding something from her. The Invernizzi capo Goodie Carangi arrives in Tulsa to meet with Dwight. However, he is surprised to find Armand “Manny” Truisi, a former Invernizzi soldier working for Dwight.

Elsewhere, Caolan Waltrip and The Black Macadams receive the news of Pike’s death. As a result, Waltrip is consumed with revenge, and Pike’s girlfriend, Roxy, is devastated. Later, she meets Stacy and begs the ATF officer to free her from their arrangement. However, Stacy convinces Roxy to try and get some evidence against Waltrip that will help her incriminate the biker gang’s leader. After comforting Roxy, Stacy confronts Dwight and demands an answer about Pike’s death. However, Dwight refuses to acknowledge his involvement.

Carangi reunites with Dwight and examines the blueprint of his new business. However, while reporting to Chickie expresses doubts about Dwight’s loyalty to the crime family. Meanwhile, Dwight meets Bodhi and proposes his new business plan. He wants to renovate Mitch’s restaurant and open a casino within it. While Bodhi feels the business requires substantial capital, he is impressed with the possibility of using it to launder money. Bodhi then reveals that he steals cryptocurrencies and has made a fortune from them.

Roxy tries to snoop around Waltrip’s base and searches for incriminating evidence. However, Waltrip catches Roxy and forces her to reveal the truth about her actions. Roxy reveals that she was arrested a few months ago and was forced to make a deal with the ATF. After learning that Roxy is an informant, he pushes her. When Stacy calls Roxy, Waltrip answers the phone and implies that Roxy is dead. Stacy is devastated, and her operation is in shambles.

Meanwhile, Dwight checks on his horse, Pilot, who is at the Fennario Ranch. Margaret Devereaux, the owner of the Fennario Ranch, asks Dwight out on a date. When Dwight and Margaret go for dinner, Dwight reveals that he has been in prison for a long time. However, Margaret is put off by the revelation and seems to lose interest in Dwight. Tina asks Emery about moving to Tulsa. However, Emery dismisses the idea as it is risky to be close to his criminal father-in-law.

In the episode’s final act, Dwight goes on a date with Margaret. Meanwhile, Chickie visits a church to talk about his life. The mafia underboss laments the life of a criminal. He exclaims that he wanted a normal, but his father pushed him into the crime family. It becomes evident that Chickie is unhappy with his father’s influence on his life and resents Pete.

Later, Chickie helps Pete take a bath, and the father and son have a thoughtful conversation. Pete explains how his father wanted him to be a police officer. However, he turned to a life of crime and established the Invernizzi crime family. As a result, Chickie will have to take over for him as the leader to continue the family’s legacy.

Chickie is dismayed by Pete’s words and questions why his father never wanted a normal life for him. After Pete insults Chickie, the mafia underboss loses his cool and drowns Pete in the bathtub. As a result, Chickie kills his father out of spite. He is tired of the constant mistreatment and comparisons from his father. Therefore, Chickie kills Pete and passes it off as a heart attack.

Moreover, the opening moments of the episode reveal that Pete’s health is recovering serves as a dark foreshadowing of the mafia boss’ fate. Ultimately, Chickie kills Pete and takes full control of the criminal organization run by his father. With Pete no longer present to reprimand him, Chickie is likely to go after Dwight, and the conflict between the duo could result in a head-on gang war.