Update on The Holiball From Shark Tank 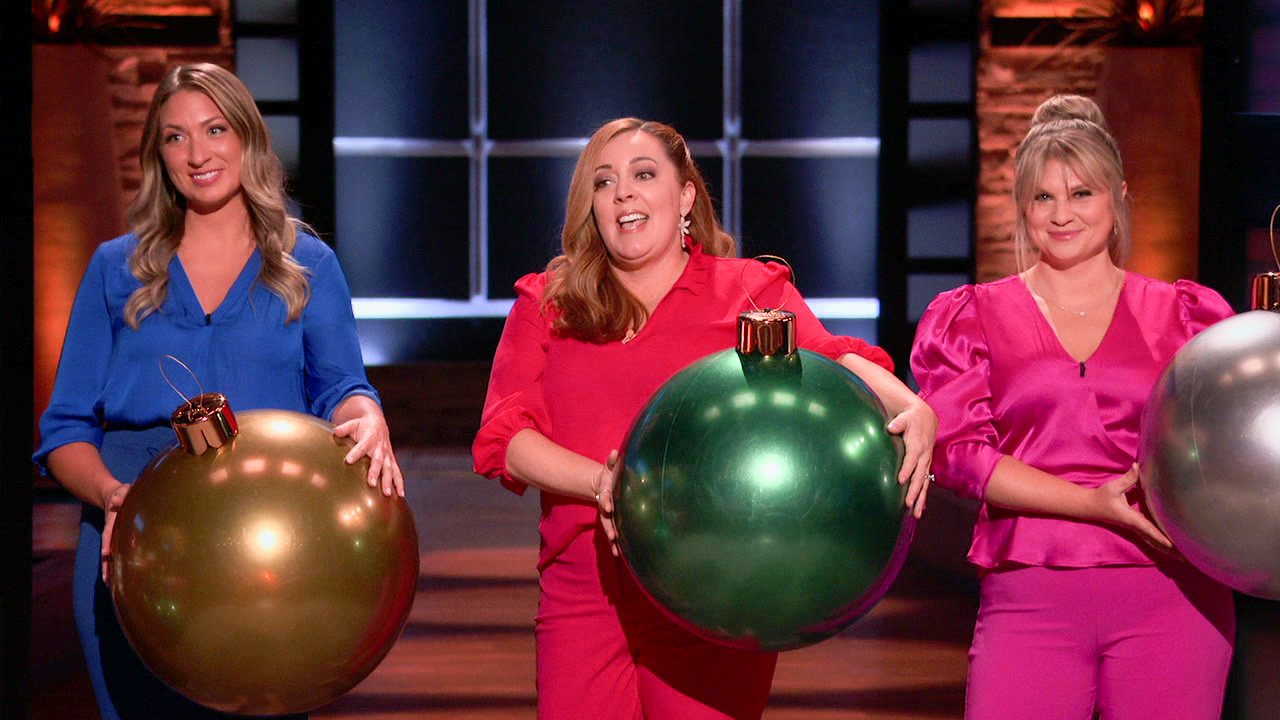 People who possess an ingenious business idea and hold the determination to turn it into reality are often smacked in the face due to a critical lack of funding. ‘Shark Tank’ has been nothing less than a benediction for these budding entrepreneurs since its inception on August 9, 2009. Through the show, famous magnates like Robert Herjavec, Kevin O’Leary, Daymond John, and Barbara Corcoran water the seeds of fledgling businesses and see them grow into world-class brands. Let’s observe the growth of one such company, The Holiball, after its appearance on the hit show.

The Holiball: Who Are They and What Do They Do?

The three Texas-based sisters, Amberly Hall, Kristy Moore, and Jennifer Couch, are the masterminds behind the innovative Holiball. The name perfectly suiting its utility, it is an inflatable Christmas ornament that aims to give a bigger and bolder cheer to the holiday season. The absence of a similar artifact at Dallas Market Center, which is spread around a vast area of 115 acres, led the cousins to create one. 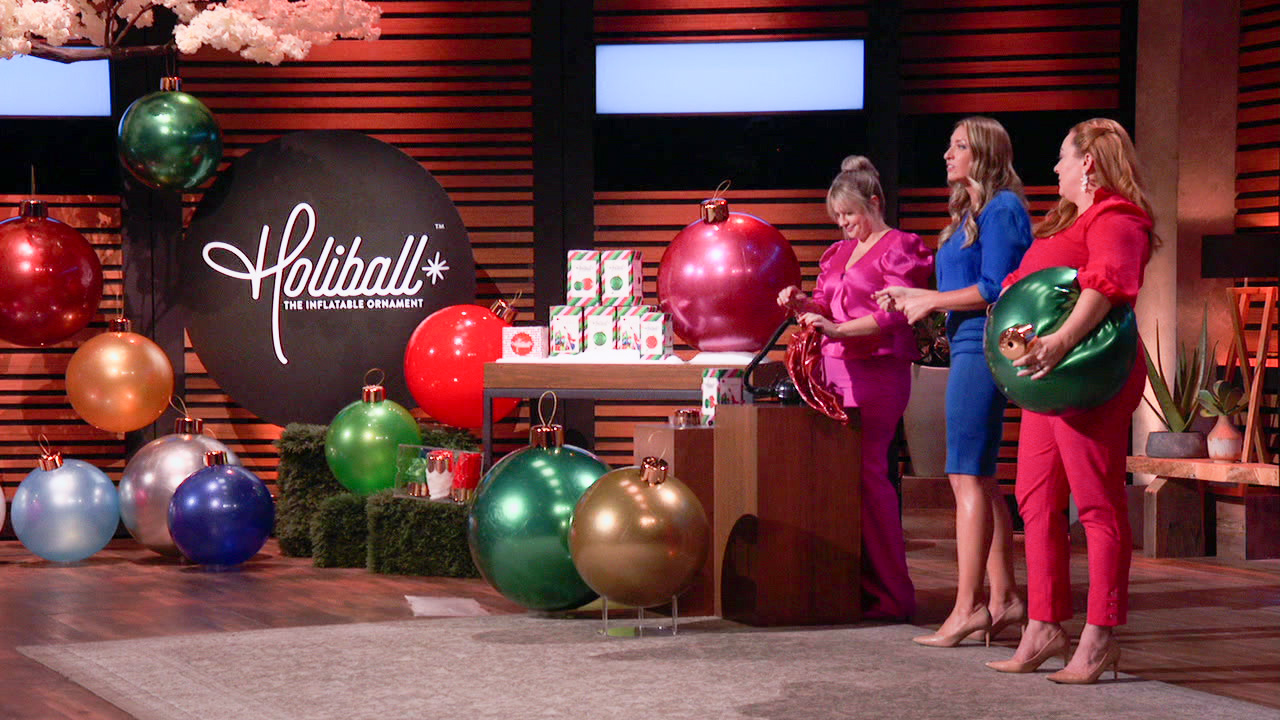 Before they knew it, the oversized and unbreakable Christmas special ball became a hit, not only product-wise but also as a business idea. But their journey was not that simple as it had several bumps in the road. The co-founders hunted for the right material before they could even begin the “hit and trial” method. Luckily and after much perseverance, they landed on a UV-resistant engineered polymer that solved all their purposes.

It is a durable and lightweight material built to withstand crisp sun rays and pouring rains. Now available in 22 eye-catching colors, it can be hung from a tree branch or a ceiling with the help of an elegant hoop provided on its top. The three cousins’ respective backgrounds really came in handy before the manufacturing process of Holiball began, to the point of its launch in November 2019.

Amberly, a former educator and real estate agent’s global perspective, mingled with Kristy’s creative vision, putting the ornament’s idea in their heads. Kristy, formerly a stay-at-home mom, recognized a superpower: her acute attention to detail. Her undertaking of an interior design business complemented her sister Jennifer’s basic instinct of running a series of businesses. When all three combined their strongpoints, they realized they had an original and unbeatable idea: The Holiball.

The Holiball: Where Are They Now?

With the potential to decorate indoors as well as outdoors, Holiball has achieved much success within months of its entry into the market. Amberly, Kristy, and Jennifer started their company from the Houston area with merely 1000 units in four traditional colors. Fortunately, many others felt the dire need for their product and thus, the entire stock sold out much faster than anticipated. Gradually, they included unconventional shades like lilac, merlot, and black, which are now equally in-demand. 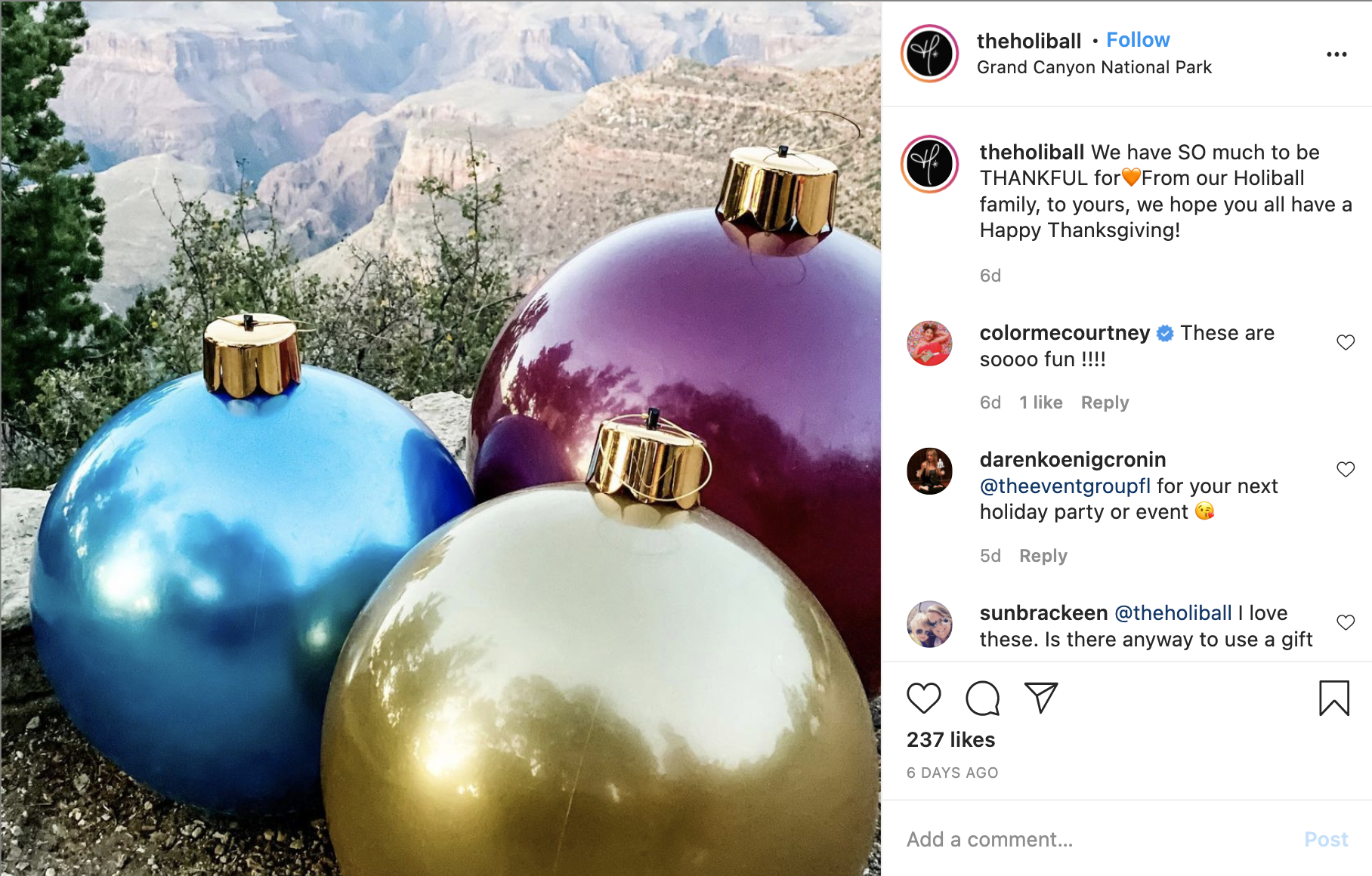 Just as 2020 arrived, all the three sisters began to travel around Texas to establish markets for their novel product. They began the Dallas tour from the Chi Omega Christmas Market, where they received the Dallas Market Center invitation. The hardworking Amberly, Kristy, and Jennifer hit the jackpot in January 2020 when a representative from Atlanta, Georgia, spotted them at the Home & Gift Buyer market. After reaching Atlanta, they earned the opportunity to join the Vegas Market Best in Show Showroom. 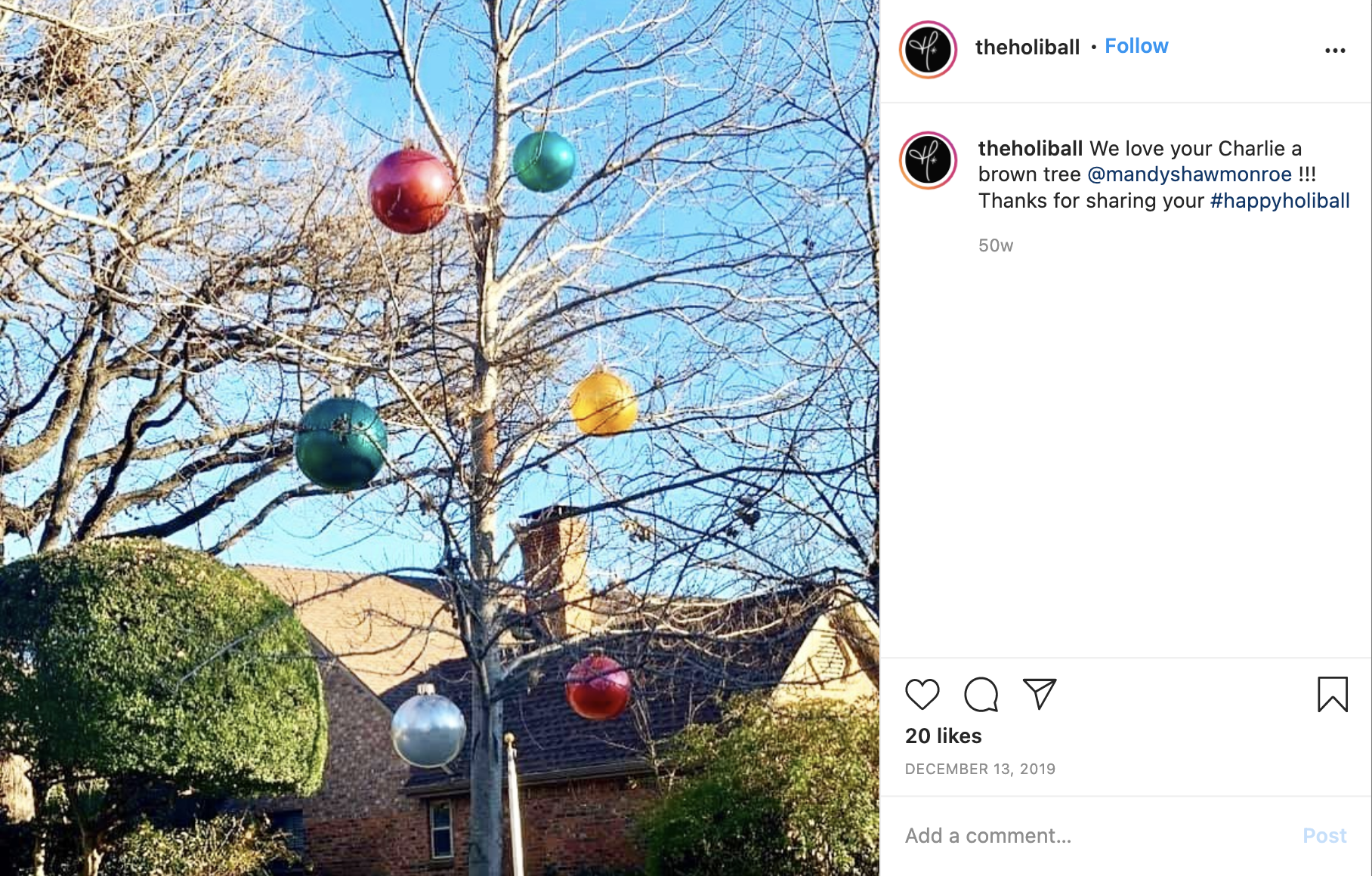 The sisters also received an invitation to Atlanta’s Americas Mart that led them to launch the insanely popular product in Latin America and Australia by February 2020. As of now, Holiball™ is the best selling holiday décor in 200 shops located around 36 states and 8 countries. Available in two sizes, 18” and 30”, its sales have rocketed from being displayed at Mom & Pop Shops to featuring on ‘Shark Tank’ along with sundry big box representatives.