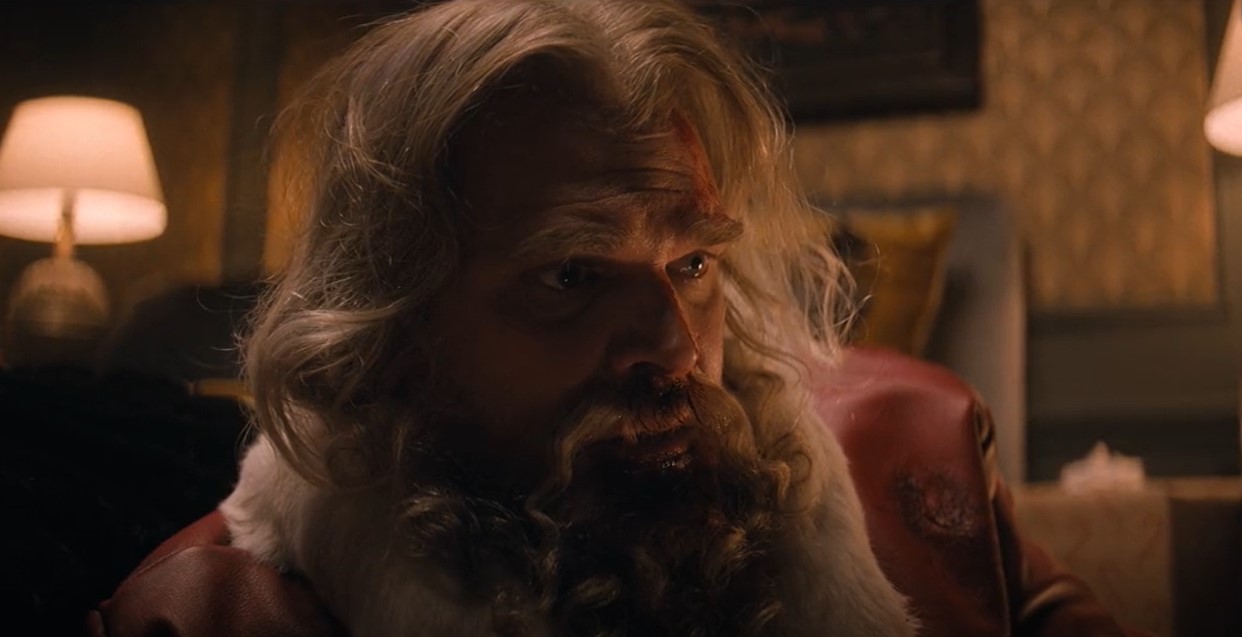 In the array of Christmas movies with warm and happy plots, ‘Violent Night’ is a great change of pace. David Harbour, John Leguizamo, and Beverly D’Angelo are featured in the action comedy movie, which explores the adventures of Santa Claus as he gets stuck in a terrible situation. A group of mercenaries takes the Lightstone family hostage to steal the family’s enormous wealth and hidden money.

Directed by Tommy Wirkola, the movie showcases deadly violence and gore with blood-splattering scenes as Santa goes violent to protect the family. Furthermore, the movie presents themes like familial rivalries, greed for money, and the never-ending debate between believing and following pragmatic principles. The mid-credits scene of the movie ‘Violent Night’ offers an insight into the consequences of the movie’s events. Let’s find out what happens. SPOILERS AHEAD!

Who is in The Mid-Credits Scene?

The ending of ‘Violent Night’ is satisfying as all the bad guys suffer the consequences of their actions. The Lightstone family is happy to be out of the nightmare, thanks to Santa, who protected them and killed the mercenaries. The fight scenes in the movie are brutal and have a massive blood bath. Moreover, Santa’s violent past allows him to give the mercenaries an equal fight. 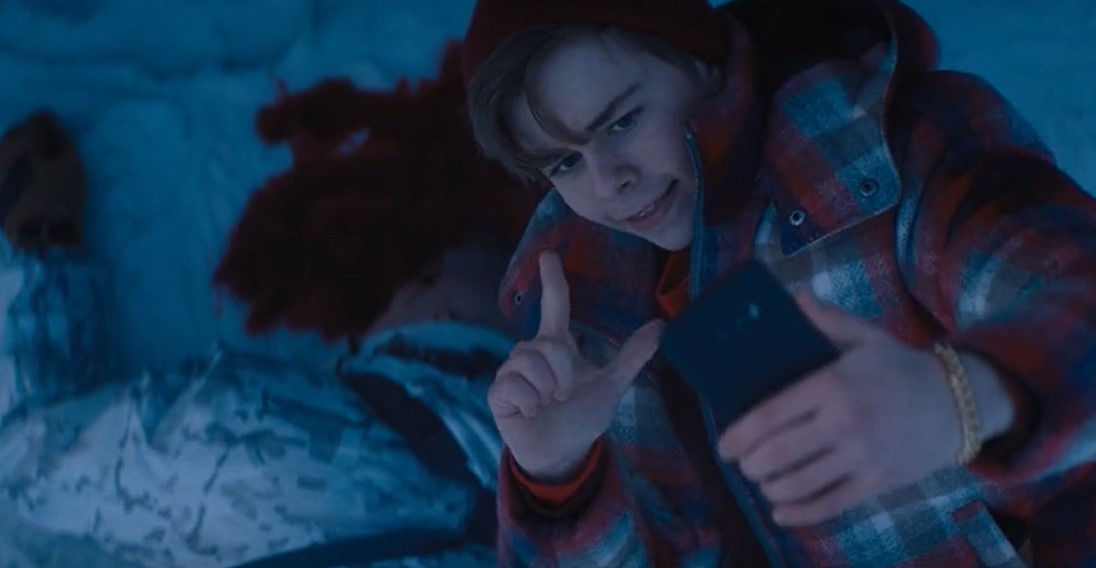 One by one, he defeats everyone from the mercenaries to the members of the “Kill Squad.” The latter was tasked with protecting the Lightstone family. The “Kill Squad” is a highly trained group of people. They excel at extracting people, as Gertrude tells her family. However, Thorp and other members betray the Lightstone family for money. They join hands with Scrooge and the mercenaries to take down Gertrude and her family.

Consequently, Santa kills the members of the “Kill Squad” as well. Thorp runs away with the money with Scrooge. He takes Gertrude with him as well. After Santa catches up with them, he fights tooth and nail with Scrooge. The best part, however, is Gertrude shooting Thorp in the head. She exacts poetic justice and kills Thorp for betraying her family. The members of the ‘Kill Squad’ are military men with discipline and loyalty. However, greed and money lured them away from their goal and made them corrupt.

In the mid-credits scene, we see Bert, Alva’s son, continue his Livestream on top of Thorp’s body. He delivers a message to his followers and all the people watching. Bert claims to be living the ‘dream life,’ and he tells people that Santa is real. Furthermore, he urges them not to end up on Santa’s naughty list. This seems to be a big revelation and can warrant the continuation of the story in a sequel. Consequently, along with Santa’s backstory as a warrior, the implications of Santa’s reality being exposed could be covered in the sequel movie.

Most people believe Santa to be a myth, and some adults don’t believe in Santa altogether. Santa seems to be a story for the kids and a figure to give Christmas a relatable face. Nobody, in real life, knows whether Santa is real or not. Nonetheless, this scene acts as significant proof that poetic justice exists. The man who possibly made the intrusion possible, Thorp, is now dead, and the family lives on. Additionally, the supposedly invincible and highly trained squad appears to be no match for Santa’s relentless spirit and heroic action.