What Happened to Wade and Colton? Are James Hébert and Noah Le Gros Leaving 1883? 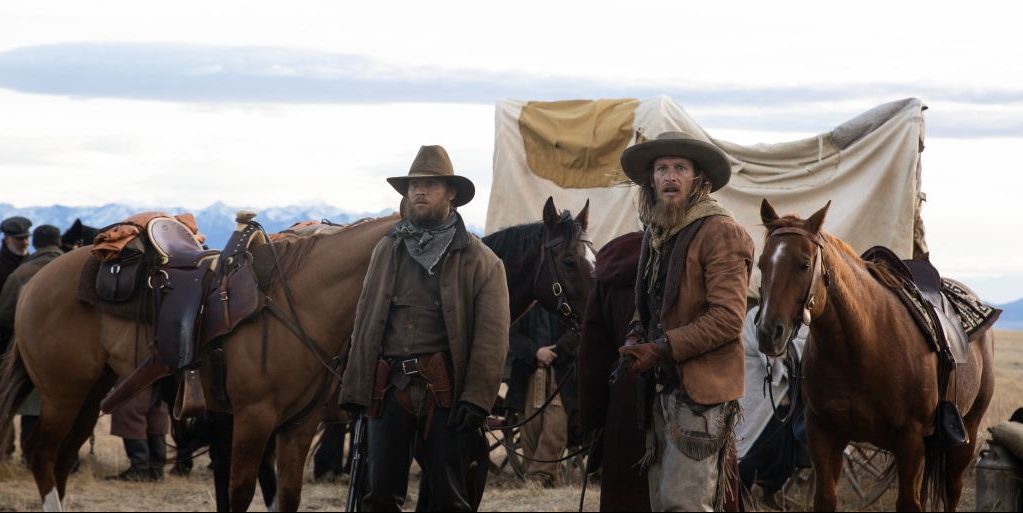 ‘1883‘ season 1 comes to a conclusion with an enthralling season finale that sees all of the main characters reaching their literal and metaphorical destinations. After Elsa’s condition worsens, the Duttons, cowboys, and immigrants all go their own path. With the caravan’s journey coming to an end, we are sure viewers must be looking for answers about the fates of Wade (James Landry Hébert) and Colton (Noah Le Gros). If you are wondering whether the characters’ ending will affect actors James Landry Hébert and Noah Le Gros’ time on the show, here’s everything you need to know! SPOILERS AHEAD!

What Happened to Wade and Colton?

In ‘1883,’ Wade and Colton are two young cowboys hired by Shea to push the cattle across the Great Plains. The cowboys aid in the caravan’s journey across to Oregon and face numerous challenges in the process. Although Wade is a part of the caravan from the very beginning, Colton is hired after the death of Ennis. In Doan’s Crossing, Colton meets Wade, and the two are already acquainted with each other as they both hail from Texas. In the first season finale, the caravan reaches Fort Caspar but learns that it has been abandoned. Therefore, they cannot get proper medical treatment for Elsa, Josef, and Risa.

After the immigrants refuse to settle in Montana for the time being, Shea decides to disband the caravan. James and his family prepare to venture towards Montana. In contrast, the immigrants continue their journey to Oregon. Shea also relives Wade and Colton from their duties, and they decide to head back to familiar lands. After saying a heartwarming farewell to Elsa, the two cowboys ride away, leaving their fate unknown. Elsa wonders to herself what became of her cowboy friends. She hopes that they made houses in Wyoming or safely reached Texas. However, she expresses doubt that either event materialized.

In the series, actors James Landry Hébert and Noah Le Gros essay the roles of Wade and Colton, respectively. Hébert is a series regular who appears in all ten episodes of the show’s debut season. On the other hand, although Le Gros is credited as a series regular, he only appears in five episodes. Nonetheless, both characters help in driving the narrative forward. Wade’s calm and calculated demeanor and Colton’s cheerful persona add an exciting dynamic to the caravan. Moreover, viewers get to see the grit and determination required to survive in the American West.

Elsa’s ominous narration about Wade and Colton’s fate raises a question mark over Hébert and Le Gros’ future on the show. Paramount+ has already ordered additional episodes of ‘1883.’ However, it is unlikely that we will be seeing Wade and Colton on our screens again. The duo’s paths have separated from those of the other main characters. The new episodes are likely to be set in Montana, and with the pair heading to Texas, chances of them appearing are meager. Moreover, Wade and Colton’s story arcs conclude with the cowboys getting their ride into the sunset moment. Hence, although Hébert and Le Gros still have a chance to reprise their roles in future episodes, viewers should not get their hopes high.