What Route Do the Duttons Take in 1883, Explained 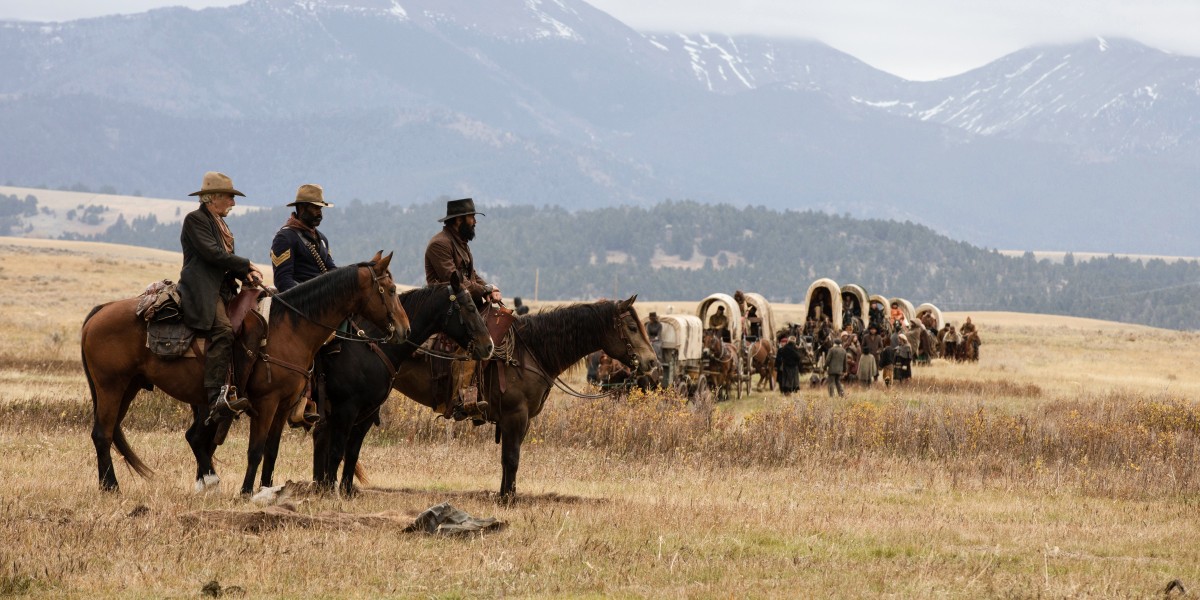 ‘1883‘ is a gritty Western drama series that serves as a prequel to ‘Yellowstone.’ While fans of the latter show are aware of the Dutton family’s dynasty that is the Yellowstone Ranch, its origin story is sketched out in the prequel. In ‘1883,’ the first generation Dutton rancher, James Dillard Dutton, and his family comprising wife, Margaret, and children, Elsa and John, travel across the Great Plains in search of a land to call their own. The Duttons’ road North is filled with dangers and difficulties. If you are wondering which route the Duttons take and how it leads to their ultimate destination, the place that would later become the Yellowstone Ranch, here’s everything you need to know!

In the first episode of ‘1883,’ James Dillard Dutton arrives in Fort Worth, Texas. His family later joins him in the town, where they have a harrowing experience that will be the first of many in the days to come. James wishes to move his family away from Texas’s impoverished and outlaw streets. Therefore, he joins Shea Brennan, a Pinkerton Agent and former Civil War veteran leading a group of immigrants across the Great Plains along the Oregon Trail. We later learn that the Duttons are originally from Tennessee. 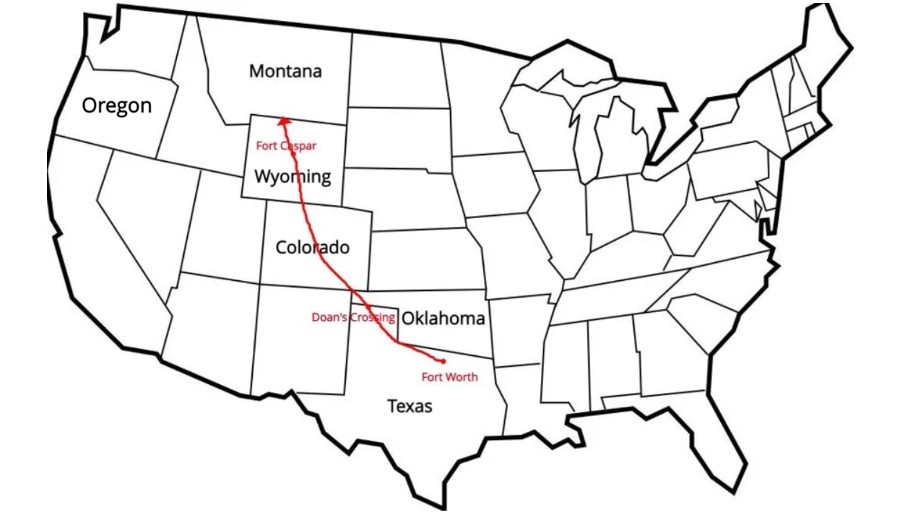 The Duttons set out from Fort Worth and set up their first camp with Shea’s caravan on the banks of Trinity River In Texas. Over the next few episodes, the group slowly moves North along the river basin across Texas. They later cross the river in the fourth episode, and the caravan suffers numerous casualties in the process. The Duttons continue their journey from the Eastern side of Texas until they arrive at Doan’s Crossing in the sixth episode. Doan’s Crossing is a small settlement on the Texas-Oklahoma boundary situated on the banks of the Red River.

The Duttons and their companions cross the Red River and the Texas boundary. In the seventh episode, they pass through a Native American territory belonging to the Comanches. This patch of land lies between Colorado and Texas and is a part of Oklahoma in the present day. The group survives a storm and a run-in with the bandits as they pass through Colorado, with Shea suggesting to the immigrants that they settle in Denver, Colorado. However, James decides to lead the group all the way to Oregon. By the ninth episode, the caravan and the Duttons are close to crossing Colorado and reaching Wyoming.

They face the Lakota people, a Native American tribe who historically have a presence in the state. The group is heading towards Fort Caspar, a military outpost in Wyoming which further reiterates that the group has reached (or is near) Wyoming and is in the final stages of their journey. Montana lies to the North of Wyoming, but the group’s final destination remains Oregon. However, with Elsa’s recent injury, it seems like the Duttons’ plan will change. Elsa is nearing a certain death, and James resolves to find land the family can bury Elsa on. He further promises to make the land the family’s new home. Thus, all signs point to Elsa’s death leading the Duttons to settle in Montana. Although the Duttons set out to follow the Oregon Trail, they end up taking a few detours that lead them on a unique route.

Read More: Will Josef and Risa Die in 1883? Theories