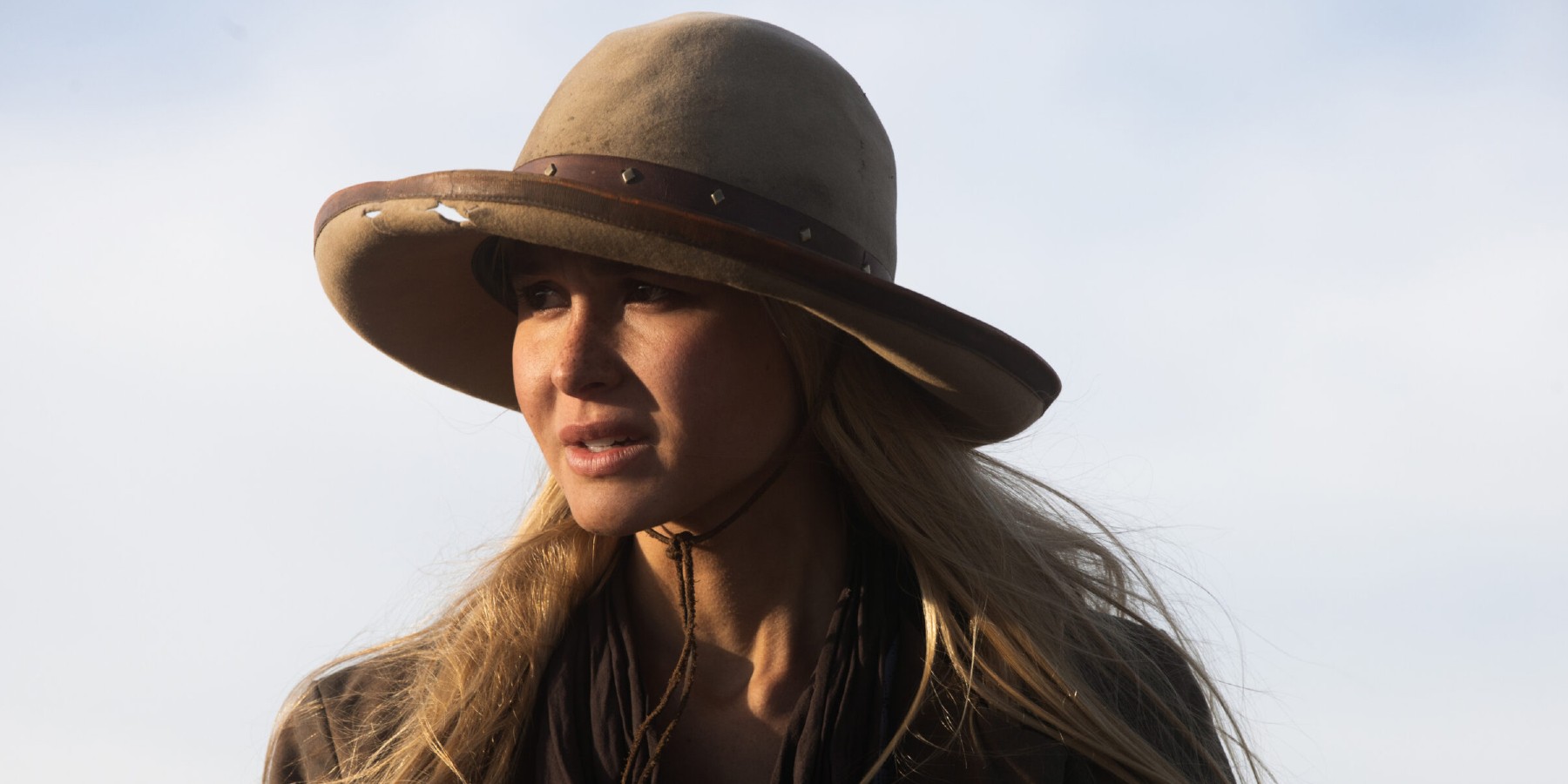 As ‘1883‘ approaches the finish line, Elsa Dutton’s journey of self-discovery is also drawing to a close. In the first season’s penultimate episode, Elsa (Isabel May) once again proves that she is made for the hardships-filled life in the American Wild West. The episode sees Elsa taking the lead in settling a conflict between the caravan and the Lakota people, a Native American tribe.

The situation stems from a misunderstanding but results in numerous casualties for the caravan. As Elsa is in the thick of the action, we are sure viewers must be wondering she makes it out of the conflict alive. Here’s everything you need to know about Elsa’s fate and actress Isabel May’s future on the show! SPOILERS AHEAD!

Elsa Dutton is the daughter of James and Margaret Dutton, who is experiencing a life-changing journey with her family as she travels across the Great Plains. However, the opening scene of the series, which introduces us to Elsa, foreshadows a tragic fate for the young Dutton girl. In the flash-forward sequence, Elsa fights against a group of Native Americans for her life. Viewers learn the full scope of this scene in the penultimate episode of season 1. In the episode titled ‘Racing Clouds,’ the caravan arrives at a campsite of the Lakota people, a Native American tribe whose members have been murdered by horse thieves. The group’s tracks get mixed up with those of the thieves leading the tribe to believe that the caravan murdered their members.

As a result, the Lakota tribe attacks the caravan, and Elsa gets caught amid the action. She is wounded by an arrow and gets knocked off her horse. However, the tenacious Elsa fights back after regaining consciousness and speaks with the tribe’s leader. She convinces him that the group did not kill the tribe’s people and ends the battle. However, the arrow Elsa was shot with has infected her wound, and despite Margaret and Wade’s best efforts, it seems unlikely that she will survive. James and Margaret grow convinced that the injury is bad and Elsa will succumb to it. After seeing her parents’ reaction, Elsa accepts her fate and prepares to die.

Elsa’s death has been a major moment that the show has been building up to since the very beginning. It seems like her fate is sealed, and she will perish in the season finale. James and Margaret want Elsa to live out her days with the same spirit and optimism that she always has. Therefore, they opt against subjecting her to medical treatment that will likely suck the life out of her. Moreover, in the flash-forward scenes set in 1893, appearing in season 4 of ‘Yellowstone,’ featuring James and his family, Elsa is precariously missing, which further cements the idea that she is long gone by this time. It is also hinted in the ninth episode of ‘1883’ season 1 that Elsa’s death motivates the Duttons to settle down in Montana, where they build the Yellowstone Ranch.

After considering all the developments, it seems near-certain that Elsa will die. However, Elsa is the show’s primary narrator, and the story unfolds through her perspective. Actress Isabel May who essays the role, is a series regular and an integral part of the show. Moreover, the series has been renewed for a second season. Therefore, if Elsa perishes in the season 1 finale, the show will have to undergo a tonal shift for the second season to fill the void left behind by May’s absence. As things stand, the makers and May have remained quiet about Elsa’s fate, most likely to avoid spoilers about the season finale. Therefore, viewers will have to tune in to the final episode of ‘1883’ season 1 to learn more about Elsa’s fate and May’s future on the show.

Read More: Where Did Charlie Go? Is Taylor Sheridan Leaving 1883?