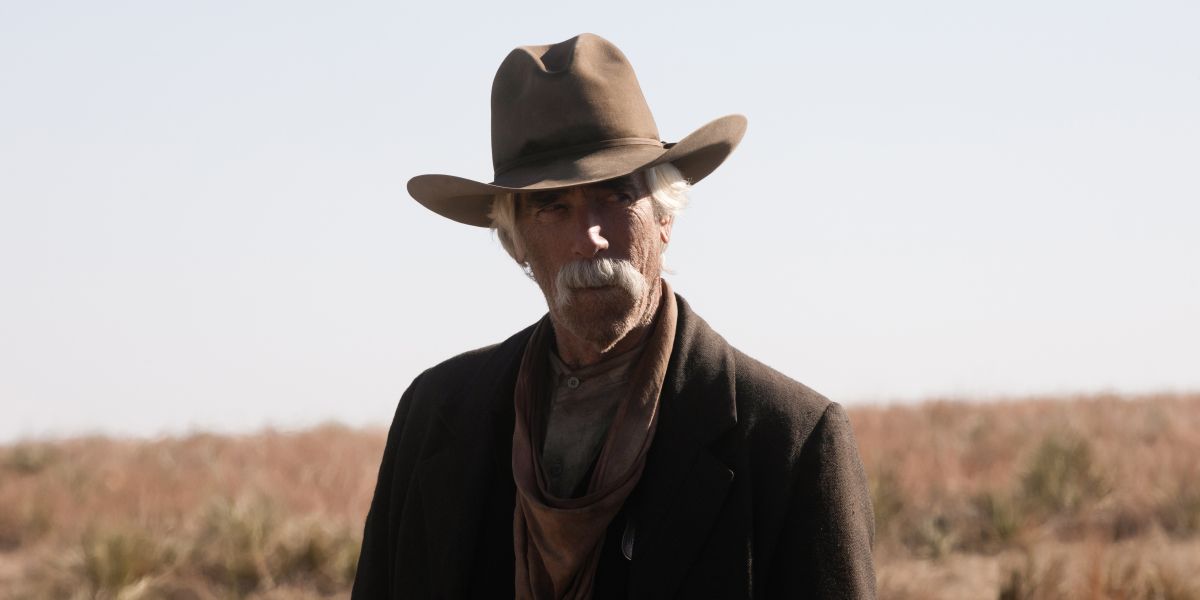 As ‘1883‘ inches closer to the conclusion of its debut season, viewers get a better sense of the Duttons’ philosophy of life that is being shaped by their journey. In the eighth episode, the Duttons and the caravan they are traveling with face major crossroads in their journey and life. Shea, James, and Elsa must all make important choices that will alter the course of their lives and lead them on a different path from the one they set out on. If you wish to catch up on the episode’s events and the characters’ choices, here’s everything you need to know about the ending of ‘1883’ episode 8! SPOILERS AHEAD!

‘The Weep of Surrender’ is the title of the eighth episode of ‘1883.’ It opens with the caravan recuperating from the recent storm. The group has been camping in the Native American territory and hasn’t progressed in their journey over the past few days. Before they can move ahead, the group needs to reevaluate their journey, the risks, and the destination. Sam invites the people from his tribe to trade with the wagon campers so they can obtain the necessary supplies. From the Comanche warriors, the group receives a few horses and ammunition.

Soon, Charlie parts ways with the caravan but not before advising Shea to alter the group’s course due to the dangers in the path ahead. Shea decides to hold up the caravan at a camp near the tribe’s base. Sam and Elsa’s romance blossoms, and the two spend time together. In the fields, Sam teaches Elsa to kill a buffalo. After Elsa kills the buffalo, Sam reveals that his tribe believes eating a buffalo’s heart passes on the animal’s strength to the person. However, Margaret becomes concerned with Elsa’s growing closeness to Sam. On the other hand, Sam and Elsa discuss getting married.

Meanwhile, Shea suggests to the immigrants that it is in their best interest to settle down in Denver. However, the immigrants are not happy with the change of plan. Although Shea’s decision has some merit, the immigrants are not entirely convinced it is the right choice. James steps in and offers to lead the immigrants to Oregon. The immigrants agree to follow James, and the group’s leadership transfers from Shea to James. Shea contemplates leaving the group but is convinced otherwise by Thomas. Sam asks James for Elsa’s hand in marriage. Elsa persists, and James reluctantly agrees. However, Elsa must now decide whether she wants to stay with Sam’s tribe or continue the journey with her family.

James, Elsa, and Shea all face difficult choices in the episode. While Shea and James make their decisions reasonably quickly, young Elsa takes some time to comprehend her feelings. The culmination of Elsa’s inner turmoil coincides with that of the episode, and we get an indication of Elsa’s future. Since setting out on the journey with her family, Elsa has grown into a capable young woman and is recognized as a cowboy within the camp due to her skills. After suffering a heartbreak from Ennis’ ultimately death, Elsa becomes bolder and wishes to forge her own path in life. She falls in love with Sam, who twice saves her from near-certain death. Elsa believes that God has sent Sam into her life. The young lovers wish to marry each other and, despite the objections from Elsa’s parents, gain their approval.

However, despite their love for each other, the duo faces a challenge in starting a new life together. In the end, Elsa decides that she wants to complete the journey she has started. Elsa recognizes that the path she is on has helped her grow. She has always wanted to explore the world previously unknown to her, and she cannot just settle with Sam even though she loves him. On the other hand, Sam is bound by loyalty to his tribe and wishes to help defend their land. Therefore, he cannot accompany Elsa on her journey. Ultimately, the couple decides to continue in separate directions but agrees to reunite soon. Despite not having a ceremony, Sam and Elsa consider each other husband and wife in their hearts. Thus, after saying a tearful goodbye, Elsa refuses to feel weakened by leaving her lover behind and bravely continues her journey in the American Wild West.