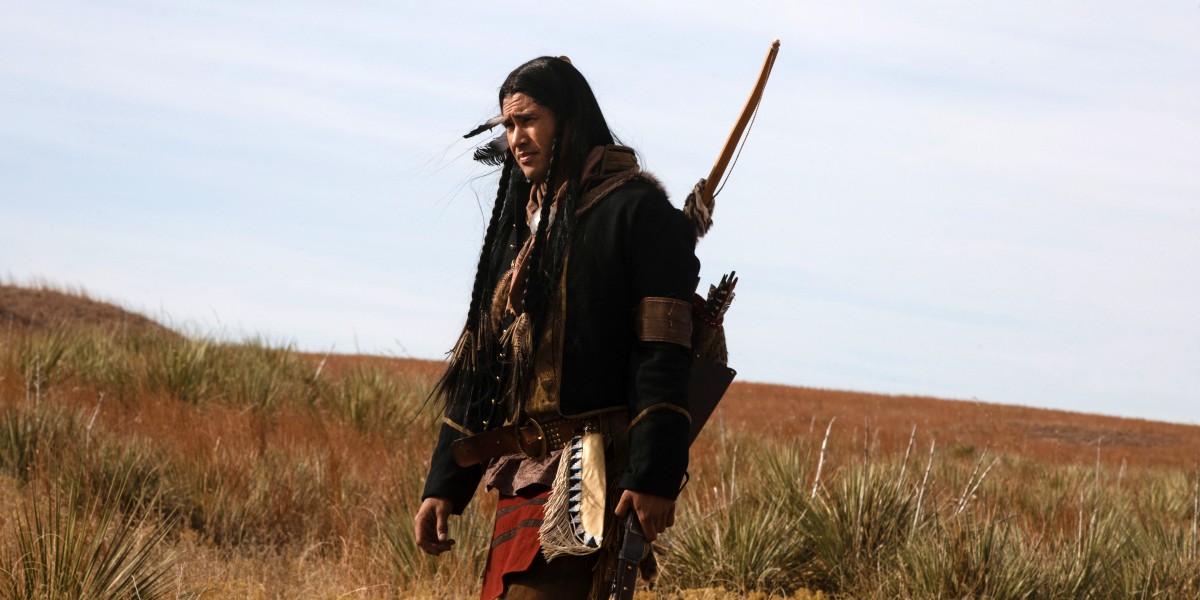 ‘1883‘ takes viewers on an enthralling journey across the American West of the 19th century. It follows a group of travelers hoping to settle down in Oregon. On the road, the caravan meets a variety of intriguing characters who each add a different flavor to the story. In the seventh episode of the series, viewers meet Sam, who quickly forms a connection with Elsa. Naturally, viewers must be curious to find out more about the new character and his potential romantic future with Elsa. Here’s everything you need to know in that regard! SPOILERS AHEAD!

Sam first appears in the seventh episode of ‘1883’ titled ‘Lightning Yellow Hair.’ He is a Comanche warrior who oversees a portion of the Native American territory through which Shea Brennan and his caravan are passing. Sam cooperates with Shea and allows them safe passage in exchange for some tax. Shea invites Sam and his accomplices to join the wagon camp for lunch. During lunch, Sam meets Elsa, and the two strike a conversation. Later in the episode, Sam arrives in the nick of time to save Elsa from a group of bandits.

Actor Martin Sensmeier essays the role of Sam in the series. Sensmeier is of Alaska Native and European-American descent. He began his acting career in 2014 with an appearance in a short film. Sensmeier’s credits include films such as ‘The Magnificent Seven’ and ‘The Ice Road.’ He is arguably best known for essaying the role of Wanahton in the sci-fi series ‘Westworld.’ Sensmeier also appears as Martin in the second season of ‘Yellowstone,’ which is the parent series of ‘1883.’

Will Sam End Up WIth Elsa?

In the seventh episode, sparks fly between Elsa and Sam. During their conversation, Sam tells Elsa about how he killed his wife’s murderer and took the man’s name. Elsa relates to Sam’s pain as she has also lost a lover in the form of Ennis. Later, the Comanche warrior challenges Elsa to a horseback race. The two compete against each other in a close race that Elsa wins by a small margin. Sam is impressed by Elsa’s tenacity and gifts her a knife to commemorate her victory.

During the storm, Sam protects Elsa, and the moment triggers an attraction between the two. Elsa kisses Sam marking the start of their mutual romantic feelings for each other. Later, Sam saves Elsa from the bandits, and the two share a tender moment after the ordeal. It seems like Elsa and Sam both like each other, but their feelings are unvoiced. However, it looks like Sam will be staying with the caravan for a while, which will allow Elsa and Sam to grow closer. In time, they could confess their feelings for each other and start a romantic relationship.