What Is 14 Savage in Only Murders in the Building Season 2? 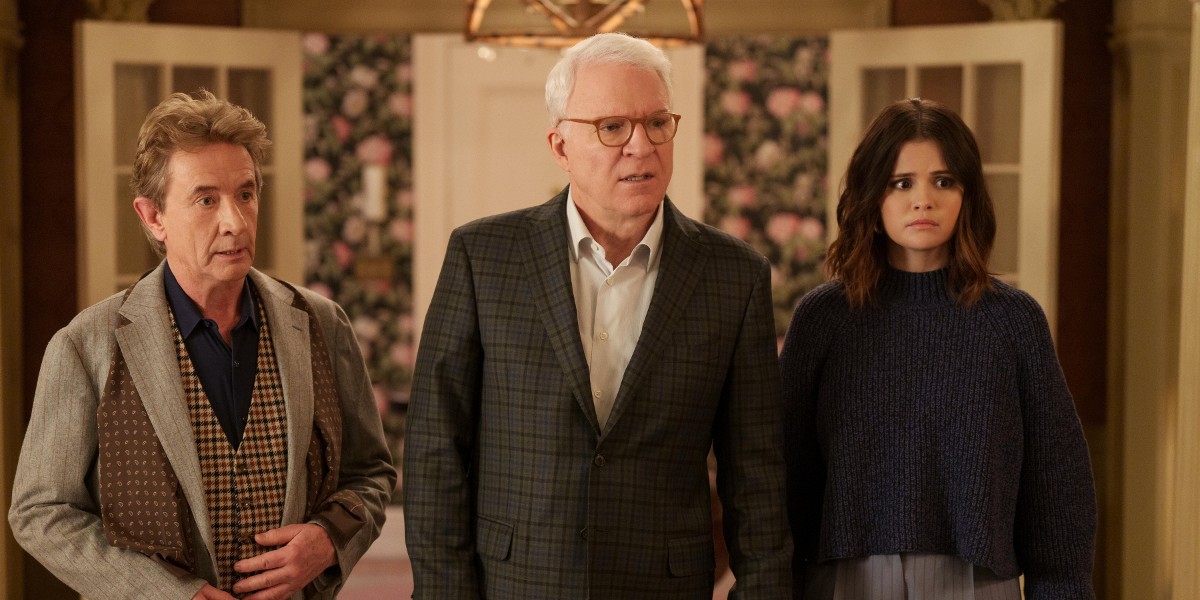 ‘Only Murders in the Building‘ returns for a second season with another intriguing murder mystery at the center of its narrative. The season sees Charles, Mabel, and Oliver being framed for the murder of Bunny Folger. As a result, the trio must work together and find the real killer to save themselves from being wrongfully punished for a crime they did not commit. The enthralling season concludes with the revelation of the killer, and the phrase “14 Savage” proves crucial in uncovering the culprit’s identity. If you are wondering what 14 Savage is in ‘Only Murders in the Buildin’ season 2, here is everything you need to know! SPOILERS AHEAD!

In the season 2 premiere of ‘Only Murders in the Building,’ titled ‘Persons of Interest,’ Mabel is arrested for the murder of Bunny Folger. She is interrogated by the police and has flashbacks to her last interaction with Bunny. Mabel is the last person to see Bunny alive, and she is in her apartment when the police apprehend her. The sudden tragedy makes it difficult for Mabel to recollect the events from the night. As a result, Mabel struggles to remember the exact words Bunny said to her before dying.

Later, Mabel has flashbacks that reveal Bunny said the words “14 Savage” before her death. For most of the season, Mabel, Charles, and Oliver believe that the phrase references Charles. Moreover, as evidence starts showing up in his apartment, it is evident that there is some connection between Charles and Bunny’s death. However, in the season finale, titled ‘I Know Who Did It,’ viewers learn the true meaning of the phrase 14 Savage.

In the episode, Charles, Mabel, and Oliver circle in on Cinda Canning as the prime suspect in Bunny’s murder. As a result, they invite Cinda’s assistant, Poppy, to The Pickle Diner to find a way to record Cinda’s confession. However, during their interaction, Mabel notices that Poppy, aka Becky Butler, ordered Sandwich #14 from the restaurant’s menu. Hence, Mabel deduces that Bunny said 14 Sandwich and not 14 Savage before her death. As a result, Bunny was trying to tell Mabel about the person who attacked her.

Interestingly, the sandwich is one of the least popular items on the menu. It is officially an “unofficial” entry on the menu, and the recipe is popular among the family who owns The Pickle Diner. Given Poppy’s introverted and outcast personality, it makes sense that she would order such an unpopular dish from the menu.

Ultimately, the clever distinction between Bunny’s final words helps Mabel uncover Becky/Poppy’s involvement in the shocking murder case. As it turns out, Becky had killed Bunny and framed the trio to craft a compelling podcast. Becky admits to the crime and is arrested. Thus, the case of Bunny’s murder is closed, and her killer is caught.

While Mabel suspects Poppy’s intentions, she cannot gather concrete proof against Cinda’s assistant. However, 14 Savage proves to be the crucial clue that changes the investigation on its head. Mabel turns her attention from Cinda to Poppy as the prime suspect. In the end, Mabel’s suspicion proves true, and Poppy is revealed as the actual killer. Hence, 14 Savage, Bunny’s final words, is the most important clue in solving the mystery of death.

Read More: Why Did Becky Kill Bunny in Only Murders in the Building? How Did She Do It?