What is the Meaning of The Lost Daughter Title?

‘The Lost Daughter’ follows a professor on vacation as she is reminded of her tumultuous time as a young mother after encountering another young mother and her daughter at the beach. Based on the book of the same name by Elena Ferrante, the film follows the protagonist’s cerebral journey as she grapples with her bitter memories and guilt. At the same time, Leda also becomes involved in the affairs of the young mother, Nina, who she meets at the beach.

In a film that so intricately explores motherhood through multiple mother-daughter relationships, does the title refer to a specific relationship? Let’s take a look at the significance of the title of ‘The Lost Daughter.’ SPOILERS AHEAD.

What Does The Lost Daughter Title Mean?

The narrative opens with Leda on vacation on a Greek island, and the very first callback to the film’s title occurs fairly soon. On one of her first mornings at the beach, Leda notices Nina and her family frantically searching for the latter’s young daughter, Elena. Eventually, Leda finds Elena playing nearby and brings the child back to her mother, thus forming a friendship between Nina and Leda. However, this also leads Leda to steal Elena’s stuffed toy, which introduces a dark, psychological tone to the film that gets steadily more prominent. 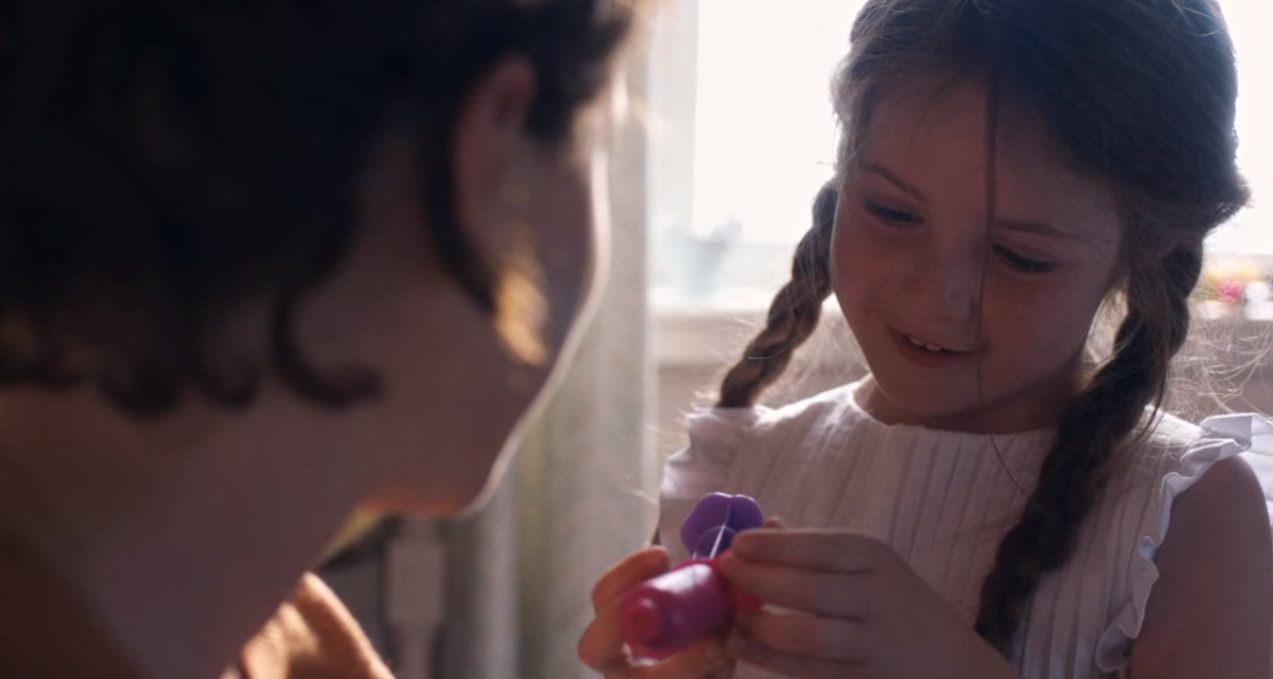 Thus, one of the film’s first turning points occurs because of Nina’s “lost” daughter. The fact that Leda is quickly reminded of briefly losing her own daughter, Bianca, at the beach many years ago also hints that the initial connection between Leda and Nina is because they both lost their daughters. This also extends to the film’s overarching theme as the narrative continues to make parallels between Nina and (young) Leda as mothers.

One of the protagonist’s major sources of guilt, as it becomes clear later, is the fact that she abandoned her daughters for three years when they were five and seven years old. This is something that Leda cannot get over, and the film’s title also seems to hint at how Leda essentially “lost” her daughters. Leda feels immense regret for not being there for her daughters, which eventually takes her down a dark path.

Much like its ending, the film’s title is ambiguous yet fitting. The “lost daughter” could also refer to Leda herself as it is hinted that she had a painful childhood (which remains largely unexplored in the narrative). When her husband threatens to take their daughters to her mother’s house, Leda refers to the place as a “shithole” and claims that she doesn’t want her daughters there.

Leda’s painful childhood could be one of the reasons she carries the guilt of not being there for her own daughters. Thus, the title of ‘The Lost Daughter’ could very well refer to the protagonist, who is herself a “lost daughter” with a painful childhood. If the theme of the mother being a “lost daughter” is widened, we can also imagine the film’s title referring to Nina, who seems almost as overwhelmed as (young) Leda by the constant demands of motherhood.

‘The Lost Daughter’ is a film that explores multiple aspects of motherhood and introduces audiences to two young mothers and their respective daughters. The movie’s title fits many pivotal situations seen therein and is likely meant to have multiple meanings. In the end, the title seemingly attempts to encompass the vast gamut of emotions that the film explores by staying relatively ambiguous yet connected to the film’s central relationships.