What Was Wrong With Matthew Perry on Friends: The Reunion? 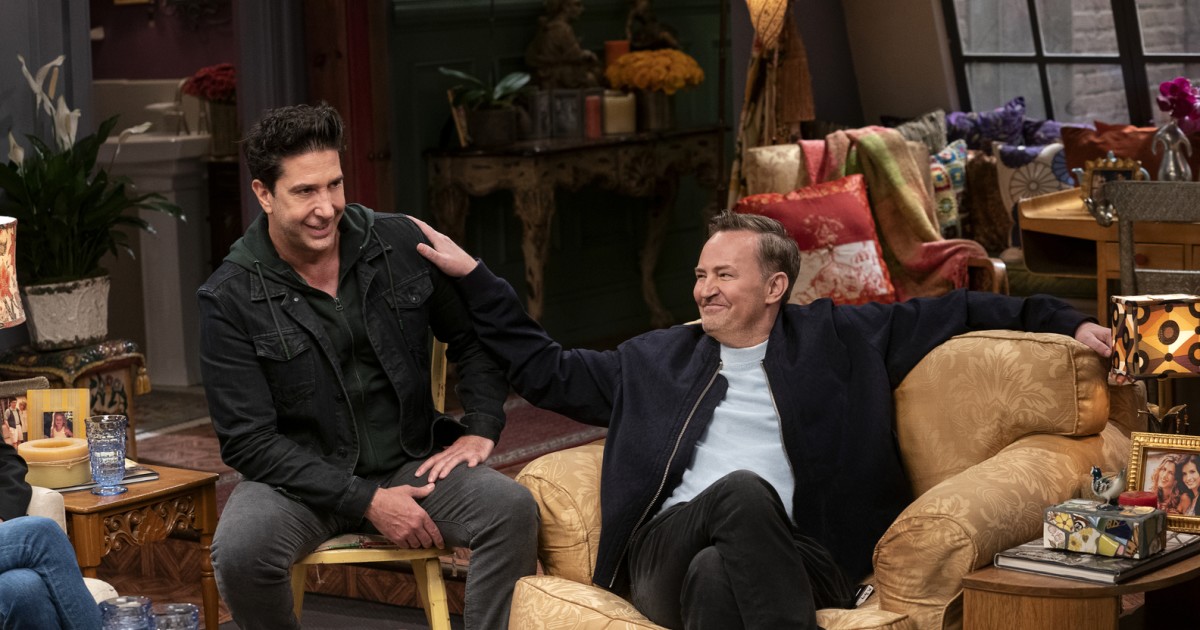 After seventeen long years, TV’s most popular friends reunited on-screen for the first time for a retrospective special aptly titled ‘Friends: The Reunion.’ The special is executive produced by the original show’s creators, Marta Kauffman, David Crane, and Kevin S. Bright. It follows the main cast of the evergreen sitcom ‘Friends‘ as they revisit the old sets, reminisce about their favorite moments from the show, and interact with the audience and special guest stars. In the nostalgic and bittersweet reunion, fans noticed actor Matthew Perry, known for playing the wisecracking Chandler on the show, facing some struggles while delivering his lines. If you are wondering what was wrong with Perry on ‘Friends: The Reunion,’ here’s the reason behind the actor’s difficulties.

What Happened To Matthew Perry on Friends: The Reunion?

At the start of the reunion special, all the actors began to arrive on the sets of the original show one by one. Matthew Perry was the last one to arrive. As the gang reunited, the actors slipped back into their older 20s versions that so closely resemble their on-screen counterparts that it is impossible to differentiate between them and their characters.

However, as Perry began to speak, viewers noticed that he was having some trouble, and his sentences were coming out a bit slurred. Fans immediately became worried about the beloved actor’s well-being and took to social media to raise their concerns. As fans might be aware, Perry has had a long battle with drug addiction, and audiences feared that his condition was in part due to his previous addiction problems.

Those concerns were quickly put to calm as a source close to Perry came forward to reveal the real reason behind the actor’s condition that had a slurring effect on his speech. As per the source, on the day of the filming of the reunion special, Perry had to undergo an emergency procedure on his tooth. The dental procedure left the actor in quite some pain and discomfort. It is possible that it is the reason why the actor spoke very little during the almost two-hour-long special.

Concerned fans can certainly breathe a sigh of relief since the dental procedure was likely a minor health issue and not something major, as fans earlier suspected. The now 51-year old actor has struggled with drug addiction in the past but has been sober for quite some time now. He has also worked towards raising awareness about addiction.

Since ‘Friends’ came to an end in 2004, Perry has consistently made multiple appearances in film and television. He starred as Oscar Madison in the sitcom ‘The Odd Couple’ that aired from 2015-2017. Perry will make his return to the silver screen after an absence of nearly 12 years with director Adam McKay’s black comedy film ‘Don’t Look Up,’ which is expected to release in 2021. Perry’s Chandler Bing has given fans countless moments of laughter and joy. Therefore, fans getting concerned over even the slightest of issues faced by the actor shows their undying love for him. We sincerely hope Perry will continue to entertain us with his signature charm and wit for many years to come.

Read More: Is Matthew Perry Engaged? Who Is His Fiancée?