When Calls the Heart Season 9 Episode 6 Recap and Ending, Explained

Titled ‘Past, Present, and Future,’ season 9 episode 6 of ‘When Calls the Heart‘ sees Hope Valley residents experiencing the downside of modernization with a rising traffic problem. Elizabeth deals with her own worries about Lucas mingling with Wyman Walden and Nathan struggles with Newton. Moreover, Lee decides to write a rather strongly opinionated article about Mike’s mayoral capabilities in the newspaper, and Allie and Robert make mischief that lands them in trouble.

While Fiona, Henry, and Lucas contemplate their next move against Jerome Smith, Minnie and Joseph begin planning for future investments. Nathan confides in Mei Sou about a childhood incident and Bill tries to groom Mike to be more in sync with his new duties. Now, let’s get a more elaborate look at these events along with a better understanding of the ending of ‘When Calls the Heart’ season 9 episode 6! SPOILERS AHEAD.

The episode begins with the townsfolk getting extremely annoyed due to a traffic situation caused by an increased number of automobiles. Nathan tries his level best to bring the vehicles under control but his lack of experience with cars hinders his endeavors. In addition, Newton feels petrified seeing the cars after his accident and begins to panic, thus resulting in Bill temporarily disallowing Nathan from riding him.

Frustrated with the traffic problem as well as Mike’s lack of efforts toward the town’s welfare, Lee takes matters into his own hands and writes a lengthy editorial piece in the Valley Voice criticizing the mayor. However, Rosemary advises him to curb his anger and not blame everything on Mike. Elsewhere, Elizabeth is concerned about Lucas getting involved with Wyman Walden and tries asking about their business deal.

Lucas clears things up and shares that the cunning Wyman is trying to just intimidate him into selling the saloon. On the other hand, Allie and Robert make a mess out of the soda shop, and later she confesses to Nathan that she did it to get Robert’s attention. She further confides in Elizabeth about her jealousy regarding Angela and Robert’s friendship, upon which she advises Allie to just remain friends with him to avoid hurt and complications. Later, Mike compliments Faith’s new look and to her surprise, asks her out to dinner.

Meanwhile, Nathan shares about having a concussion due to a horse-riding accident in his childhood with Mei Sou. He divulges that the trauma has most likely been triggered by his recent accident and seeks her help with working on his broken confidence. Although, when she requests Bill to guide him, he gets angry at her for breaching his trust. Eventually, Nathan requests Elizabeth to teach him to drive while Mei Sou continues evading Bill and Faith’s questions about her husband.

Apart from this, Minnie and Joseph contemplate whether to buy the café from Bill or to ask Lee for a partnership in the sawmill. Afterward, they agree upon the first plan and start working on how to proceed. As the episode ends, Bill mentors a confused Mike about how to conduct himself socially as mayor and Elizabeth shares her plans of delivering books to the needy in surrounding areas with Joseph.

When Calls the Heart Season 9 Episode 6 Ending: Why Does Fiona Go to San Francisco?

In season 9 episode 5, Fiona had returned from San Francisco after striking a deal about the oil company with Jerome Smith. As the deal turns out to be a huge loss, Henry becomes extremely upset with her as he blames her for her foolishness. Now, he begins to feel that there is something fishy about Jerome and his associates agreeing so easily to the proposition. Thus, he discusses it with Lucas and Fiona and they all consult Bill about the same.

Henry concludes that Jerome may go against the court’s verdict in the coal mine case and try reopening the mine under the ruse of their business deal. This scares everyone as reopening the coal mine shall bring back devastating memories for the townsfolk. Therefore, Henry takes Fiona into confidence and after burying the hatchet about her previous fiasco with Jerome, he sends her back to San Francisco to negotiate with him and find out his true intentions.

Why Does Lee Get Into a Fight?

While working at the Valley Voice office, Lee suddenly notices Joseph working outside at the sawmill with some unknown men. As he isn’t aware of this, he goes to inquire and Joseph tells him that the men forcefully took over from him to put up some billboards for the foundry. Lee tries to politely ask the men, but their hostility soon results in an exchange of blows with him. 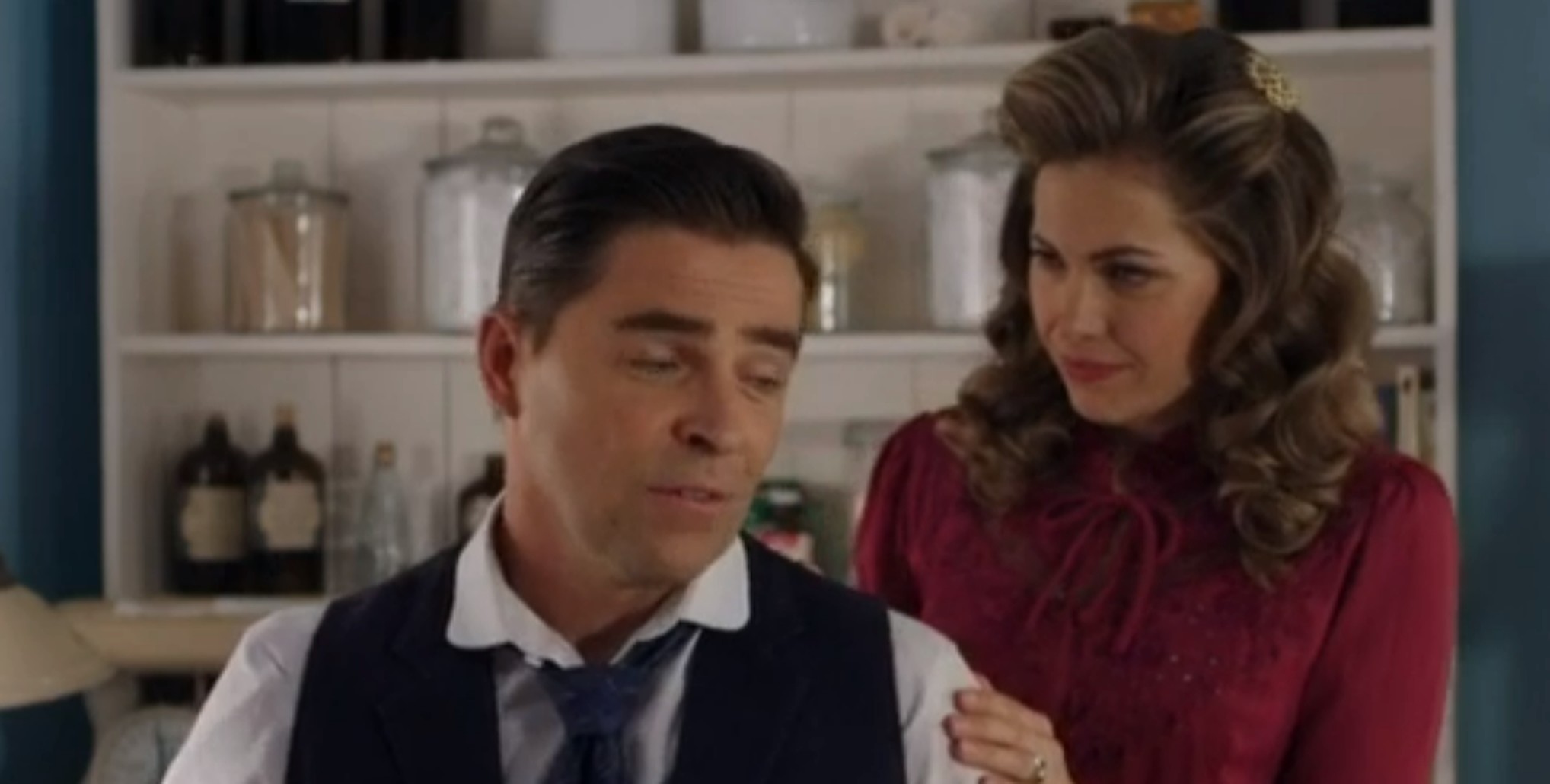 Though Lee is unharmed, he worries about the intrusion of the foundry workers in Hope Valley which has been slowly creating problems for the townsfolk for a while. He refuses to let the billboards be put up and expresses his concern about the town’s troubles being left unattended by Mike. Seeing Lee’s hands full with the newspaper as well as his efforts for the people’s betterment, Joseph decides against asking for a partnership or a raise and continues helping him manage the sawmill.

Read More: Who is Michael Hickam in WCTH? Does He End up with Fiona or Faith?