Where Are Dated & Related’s Chris Hahn and Jason Cohen Now?

Netflix’s ‘Dated & Related‘ puts a unique spin on the tried and tested formulas of dating reality series. The show brings several young men and women to a luxurious villa where they have to spend their time looking for a romantic partner. However, the participants have not come alone and are accompanied by a sibling looking forward to finding a significant other. For each cast member, the responsibility is shared and doubled. Not just do they have to find a partner for themselves, but they also have to help their family member to achieve the same.

Season 1 of the Netflix series featured many charming sibling pairs, though we are here to talk about the only duo which did not comprise siblings. Chris Hahn and Jason Cohen are actually cousins who consider themselves as close as brothers. Hence, their lack of shared parents did not detract them from being each other’s support system on the show. Naturally, fans are curious to know what the two boys are up to these days, and we are here to answer the same!

From the very first day, Chris and Jason set their eyes on Nina and Diana Parsijani. Although, the twin sisters were more inclined toward the Bishop brothers at the time. Chris and Jason still tried their best to form a romantic connection, hopefully, but the Parsijanis were not receptive to their advances. In the end, Diana started dating Kaz Bishop, while Nina paired up with his brother, Kieran. 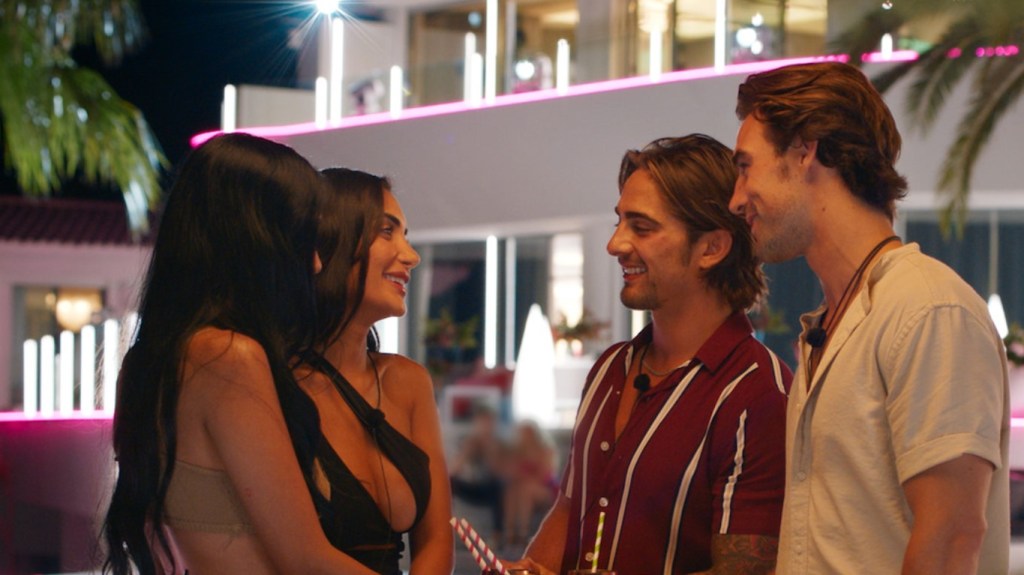 This left the Italian cousins from New Jersey in a bit of a pickle since they were unsure how to proceed. The arrival of Perfettos seemingly opened the door for Chris, who Daniel Perfetto selected to go on a blind date with his sister Julia. Sadly, the date did not spark a connection, leaving the former disheartened.

The Pass the Parcel game that was held to welcome the Perfettos and the Taneris allowed Jason a bit of hope as he got a kiss from Dyman Miller; nevertheless, she soon clarified that she was not romantically interested in him. Given their lack of romantic connections, Chris and Jason were eliminated in the sixth episode of ‘Dated & Related’ season 1. So, if you are wondering what the duo is up to these days, here’s what we found.

Where Are Chris Hahn and Jason Cohen Now?

A post shared by Chris Hahn – Dated and Related (@chrishahnofficial)

At present, Chris Hahn and Jason Cohen are living in Los Angeles, California, and hope to leave their mark in the entertainment industry. In July 2022, the cousins announced their new vlog channel that was supposed to document their apparent 3-month trip to Europe. Instead, it has become a platform for them to share what they two are up to. Recently, the cousins posted a vlog featuring their meet-up with Joey and Corrina Roppo.

A post shared by Jason Cohen and Chris Hahn (@thecohahns)

Jason has a separate Instagram account focusing on fitness content to share his passion for bodybuilding. He also has a YouTube channel highlighting random happenings in the reality TV star’s life. Meanwhile, Chris, too, seems to be fond of bodybuilding and enjoys surfing in the ocean. We wish them the best in their lives and look forward to seeing more of their work.