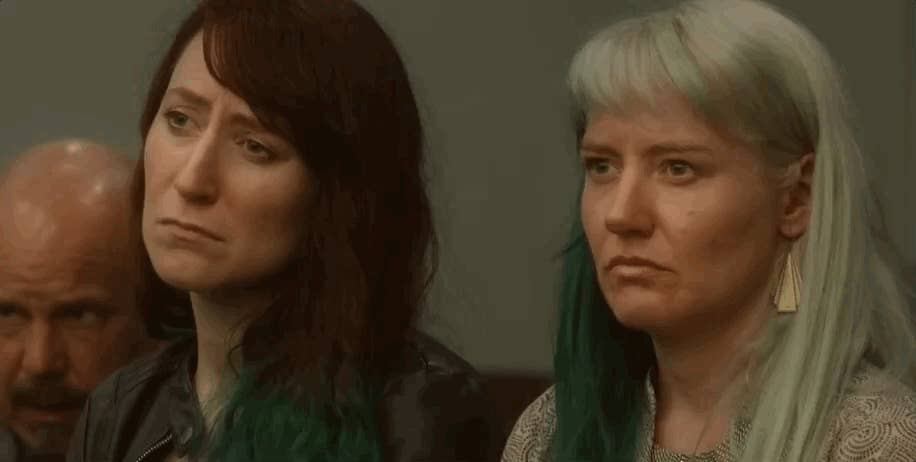 The December 2001 death of Kathleen Peterson at the bottom of her stairs is a case that is as messy and intriguing as it is brutal and dramatic, especially considering the ambiguous evidence involved. After all, just like ‘The Staircase’ illustrates, while her husband Michael Peterson alleged her passing was the direct result of an accidental fall, the officials soon accused him of definite murder. The most baffling aspect, though, is that a similar 1985 demise of Elizabeth Ratliff is what led to Michael gaining custody of his daughters, Margaret and Martha Ratliff — so let’s find out more about them, shall we?

Who Are Margaret and Martha Ratliff?

Born two years apart to Air Force Captain George Ratliff and military teacher Elizabeth Ratliff in Germany in the early 1980s, Margaret and Martha lost both their biological parents as toddlers. Their father reportedly passed away during a secret overseas operation in 1983, whereas their mother was unexpectedly found dead at the bottom of her stairs on November 25, 1985. In other words, the girls were just 4 and 2 when Michael and his then-wife Patricia “Patty” Peterson became their guardians, in accordance with Elizabeth’s will — they were neighbors as well as close friends.

Michael was coincidently the last person to see Elizabeth alive, leading many to speculate an affair or some conflict between the two once Kathleen’s case came around over 15 years later. That’s especially because while Elizabeth’s death was initially ruled to be from an intracerebral hemorrhage, a second autopsy (from her exhumed body) in 2003 updated her manner of death to homicide. With that said, both Margaret and Martha, who grew up under Michael’s care following his divorce from Patty, have always believed in his innocence, whether it be in their mother’s case or their stepmother Kathleen’s.

Unfortunately, owing to the way everything played out, as per Netflix’s ‘The Staircase,’ Martha began dealing with anxiety. “I used to suffer a lot from really bad nightmares; I used to have really bad panic attacks in public spaces because of being in the trial,” she said. “My body and my whole nervous system will think that something like the trial is happening. For me, it’s like [my] heart beats faster, I can’t breathe, and I worry that I’m going to pass out.” Hence, it was only after matters settled for good that she and her sister were able to grieve the woman they genuinely considered their mother, Kathleen.

Margaret and Martha Ratliff have since tried their best to move on with their lives while also maintaining strong relationships with their father as well as their siblings (except Caitlin Atwater). In fact, from what we can tell, Margaret is now based in Los Angeles, California, where she works in the entertainment industry as an actress, an assistant director, a production manager, and much more. As for Martha, it is believed that she has taken inspiration from her own experiences and is thus focusing on helping others by serving as a mental health counselor/psychotherapist in Colorado these days.