Where is Don’t Filmed? 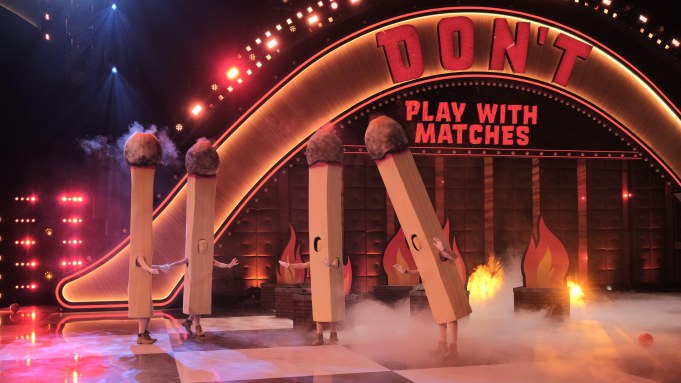 Game shows: family-friendly, slapstick-hilarious, comfortable, and cozy. Those are the words that most game shows can be described by. In fact, that is where their charm resides: in providing cozy, escapist entertainment. However, such preconceived notions are also what makes most game shows similar and slightly repetitive. Ryan Reynolds takes it upon himself to shake things up a bit with ‘Don’t.’

‘Don’t’ is an ABC game show that seems to sport a rather weird title. No wonder the series is produced by Ryan Reynolds: an actor who is best known for the fourth-wall-breaking, superhero comedy ‘Deadpool‘ in recent times. The show promises to subvert the game show format, thereby providing a refreshing experience. It involves a competition between two teams of four members each. The competition involves some seemingly silly challenges. The team that wins a challenge wins a certain sum of money while the losing team gets an even sillier punishment. The challenges revolve around the show’s title. To be clearer, a few simplistic challenges are designed with instructions like “don’t blink,” “don’t get shocked (literally),” “don’t look back,” etc.

Ryan Reynolds also lends his voice to the show from time to time. However, ‘Don’t’ is not hosted by him. It is hosted by Adam Scott. Scott is known for starring in productions such as ‘Parks and Recreation‘ and ‘Big Little Lies.’ Jokingly, Reynolds reveals that Scott’s earnings from the show are directly proportional to the times he says “don’t.”

‘Don’t’ is a game show. While it may aspire to break some traditions of the genre’s format, the ABC series is entirely set and filmed on a set, like most game shows. The set is where the games are played. Moreover, the show is also taped in front of a live studio audience, like most game shows. Hence, it is natural for viewers to wonder where ‘Don’t’ is filmed.

According to local sources, filming for ‘Don’t’ is carried out at Tyler Perry Studios in Atlanta, Georgia. The production facility sprawls over 330 acres and is owned by Tyler Perry as its name suggests. It houses as many as 12 state-of-the-art soundstages. All of them are named after African-American artists that inspired Perry the most.

Apart from the soundstages, Tyler Perry Studios also has a White House replica. This is where ‘The Oval‘ is filmed. Moreover, there are also sets for a county jail, a bank, a commercial jet, a trailer park, and a suburban street.