Where Was Lifetime’s Dying to Marry Him Filmed? Is it a True Story? 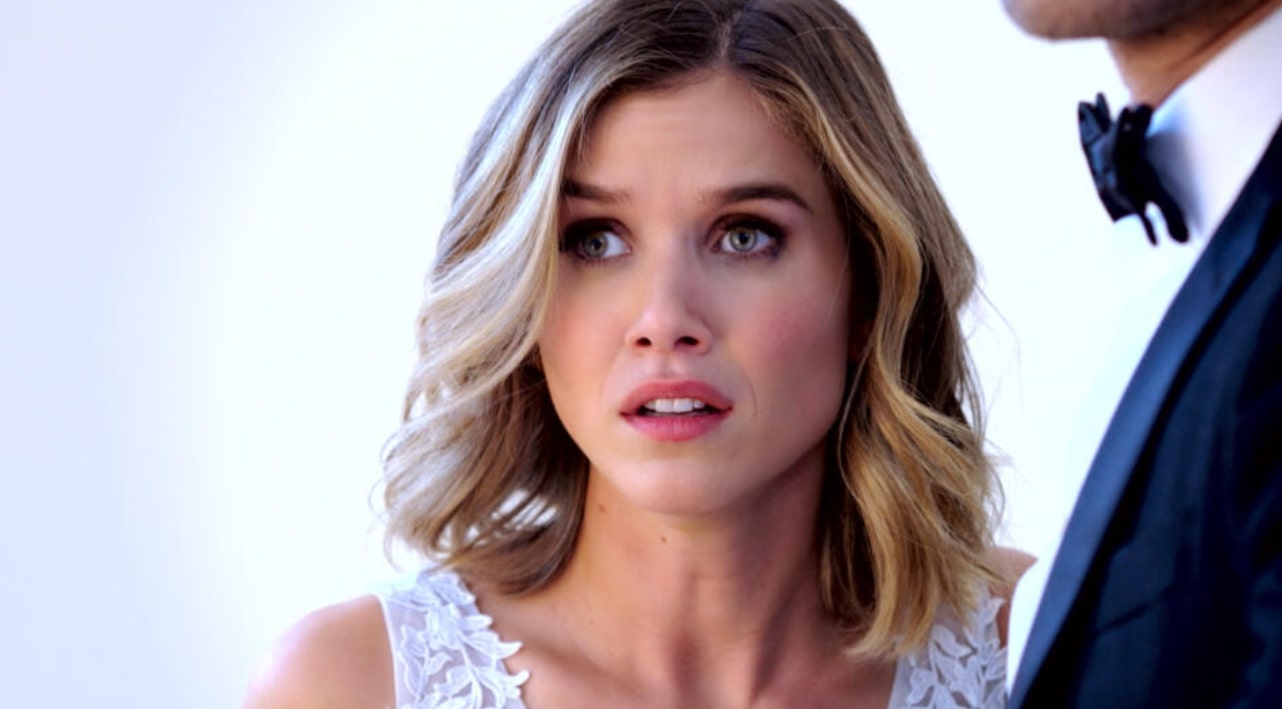 Directed by Rod Roberts, ‘Dying to Marry Him’ is a suspense-filled romantic drama movie by Lifetime. It follows Amy, a wedding planner who is extremely enthusiastic about organizing the wedding of her first love. However, unbeknownst to those around her, she plans to get her former lover back and is willing to go to unthinkable lengths to get what she wants. The film captures the growing suspense with the preparation for the wedding serving as the background. Some of the shots may have caught your interest, and you may wish to learn more about where the film was shot and other details. Regardless of the information you are looking for, we have got you covered!

Dying to Marry Him Filming Locations

The filming for the suspense drama took place in December 2020. At the time, the world was still grappling with the unexpected challenges brought on by the COVID-19 pandemic. Therefore, the production was carried out with all the necessary precautions to ensure the safety of the cast and crew. Now, let’s have a look at the specific locations used to shoot the movie.

‘Dying to Marry Him’ AKA ‘Psycho Wedding Planner’ was primarily shot in Los Angeles, California. The mesmerizing natural locales of the state include cliff-lined beaches, Central Valley farmland, the Sierra Nevada Mountains, and the Mojave Desert. The scenic destinations coupled with easy access to filming services are key reasons movies have been filmed in the region for decades.

Luckily, the production for this film went on smoothly despite the challenges the cast and crew had to face. In fact, the filming reportedly wrapped up on time. Nathan Kehn, who essays the role of Jeff Dardenswick in the film, shared a video from the set and opened up about his experience of working on the project in his Instagram post.

Dying to Marry Him Cast

Andrea Hickey leads the cast of the Lifetime movie as Amy Mackay. The award-winning actress is known for ‘The Tiny House Movie.’ Anna Marie Dobbins, who is famous for her roles in ‘The Wrong Mr. Right‘ and ‘The Pom Pom Murders,’ portrays Macy Williams in this film. Nathan Kehn essays the role of Jeff Dardenswick, and Lisa Davis appears as Carrie Taylor. The former features in ‘The Wrong Wedding Planner‘ and ‘Becoming Famous.’

Is Dying to Marry Him Based on a True Story?

No, ‘Dying to Marry Him’ is not based on a true story. The film is primarily focused on jealousy and deception, which is a recurring theme often used in popular culture. Although envy has driven people to commit horrible crimes, this Lifetime movie is written by Christine Conradt and Chris Lancey. Therefore, it does not seem to be based on someone’s personal experiences.

There are several movies that explore the broader implications of emotions gone out of hand. Another Lifetime film, ‘Pool Boy Nightmare,’ revolves around Adam, who is unable to accept that Gale no longer has a desire to be with him after their one-night stand. Driven by envy, the young man develops an unhealthy obsession with Gale and goes to desperate lengths to make her reconsider her decision. When Gale still appears to not act as per his wishes, he decides to ruin her life and does unforgivable things in the process.

Adam’s extreme obsession is similar to Amy’s irrational wish to win back her former lover’s affection. Both the characters are driven by a desire beyond reason and fail to think about the consequences of their actions. Despite not being based on a true story, ‘Dying to Marry Him’ touches upon obsession and jealousy, which are not as hard to come by in a relationship as one would imagine. But the storyline of the film cranks up the drama by several notches, confirming that it is a work of fiction.