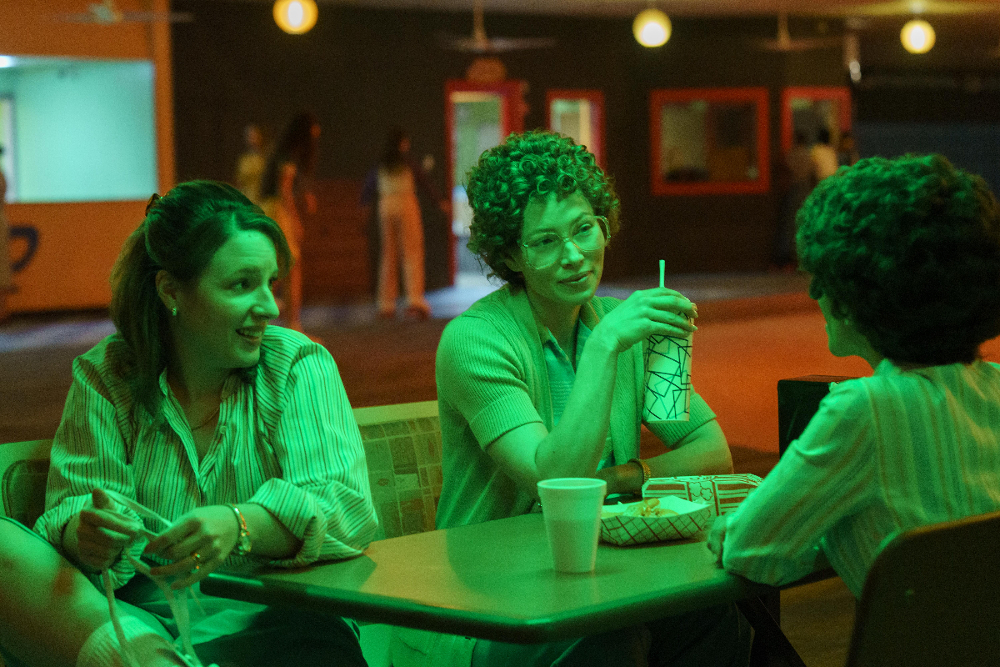 As a dramatized recreation of a case that shook not just the state of Texas but the entire nation, ‘Candy’ examines the horrific June 13, 1980 (Friday) demise of Betty Gore inside her own home. After all, the mother-of-two was slashed 41 times at the hands of her once-friend Candy Montgomery, following a sudden confrontation regarding an extramarital affair with her husband, Allan Gore. But for now, if you wish to learn more about the one individual who stuck by Candy throughout the majority of this ordeal, her closest friend Sherry Cleckler, we’ve got the details for you.

Back in the late 70s and early 80s, as per the Hulu original, Sherry Cleckler was not only Candy’s business partner — they’d recently established a decorating company called The Cover Girls — but also her confidant. The duo reportedly discussed almost every aspect of their lives, whether it be happy, melancholy, sinful, or innocent, all because they knew they’d have a support system within one another. That’s why Candy didn’t mind telling her about her desire for a physical affair in an attempt to break out of her daily routine or when she began rendezvousing with Allan Gore.

Sherry actually knew every aspect of Candy’s extramarital liaisons because they often met up for pure gossip over coffee, and she even babysat for her if the need ever arose. In fact, as per ‘Evidence of Love: A True Story of Passion and Death in the Suburbs‘ by Jim Atkinson and John Bloom, her friend had dished precisely why she and Allan had parted ways, along with how she’d picked up a new lover in late 1979 itself. As if that’s not enough, the book even suggests that the fun-loving pair used to go out to a single’s bar while their husbands were away, just to let loose, yet Sherry seemingly never went too far.

Where is Sherry Cleckler Now?

Apart from being a confidant, Sherry Cleckler was also one of Candy’s biggest supporters as well as protectors, going as far as to keep reporters away from her whenever she could. We should mention that the entire Montgomery clan stayed with the Clecklers for a while in the immediate aftermath of Betty’s murder, owing to the attention they were receiving. Moreover, the truth is that Sherry had realized something was wrong on the day of the incident itself — she’d gone over to Candy’s in the afternoon to pick up a card table and had noticed her unusual behavior — but the pieces didn’t fit in until later.

With that said, though, Sherry and Candy reportedly stayed in touch for a little bit of time, but with more than four decades under the belt now, it seems like they’re both leading different lives. While we know the latter has gone back to using her maiden name and is currently working as a mental health counselor in Georgia, Sherry is still a native of Texas. From what we can tell, the 73-year-old, once beauty shop owner, simply appears to be enjoying her time in the Lone Star State beside her husband and at least one son.