Where is The Kominsky Method Filmed? 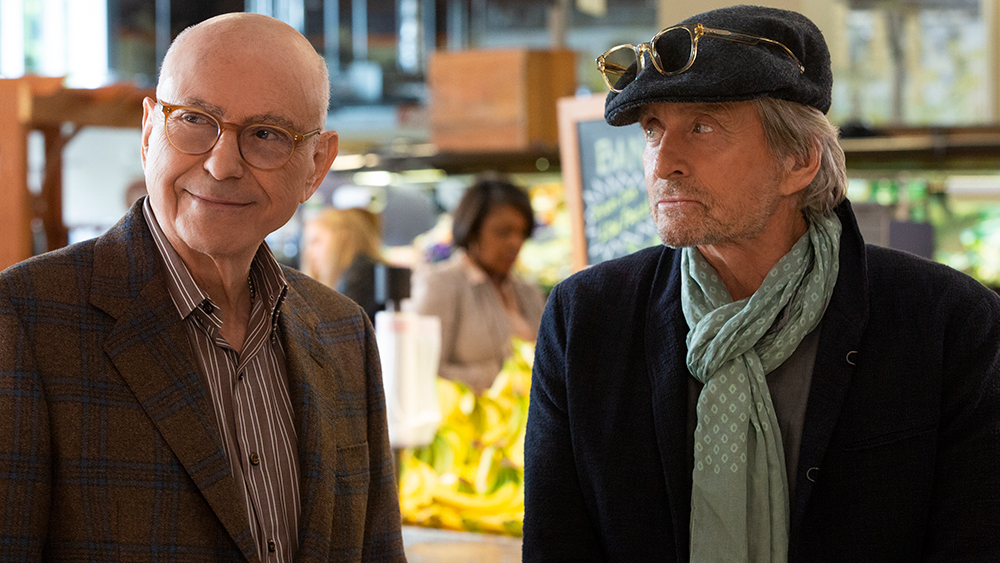 Created by Chuck Lorre (‘The Big Bang Theory‘ and ‘Two and a Half Men), Netflix’s ‘The Kominsky Method’ is a dramedy series that revolves around Sandy Kominsky (Michael Douglas), an acting coach working with aspiring actors with big dreams. When his friend and agent, Norman Newlander, loses his wife to cancer, both of them find themselves contemplating their own mortality. Aware of their advanced age, the duo must find answers to crucial existential questions as they stand by each other like a pillar of support through setbacks and heartbreaks.

The Golden Globe-winning show captures the dilemmas of aging and mortality but in a contemporary context. Therefore, most scenes are filmed in a modern metropolis. Curious to know all the specific filming locations of ‘The Kominsky Method’? Well, we have got you covered.

The dramedy series is filmed entirely in California. Located in the western U.S, the Bear Flag state is a popular shooting location where several well-known movies and television shows have been filmed over the years. Some famous names that springs to mind are ‘Army of the Dead,’ ‘Tenet,’ ‘Promising Young Woman,’ ‘The Tonight Show with Conan O’Brien,’ ‘The Tonight Show with Jay Leno,’ ‘The Invaders,’ ‘The High Court with Doug Benson,’ and ‘The Ellen DeGeneres Show.’ The ‘The Kominsky Method’ is filmed in several locations in the state, so without wasting any more time, let’s have a look at them.

The principal photography for the series is done in the city of Los Angeles. The Sandy Kominsky Studio and the exterior scenes of Norman’s home were filmed at 6365 Selma Avenue and 433 South Lucerne Boulevard, respectively. The scenes in which Norman and Sandy discuss the script with Elliot Gould were shot at Musso & Frank Grill, located in Hollywood boulevard. Hollywood Hills is also one of many filming locations for the show.

The shooting for the scenes wherein Sandy and Norman discuss their friendship in season 1 was done at Angels Gate Park. Los Angeles River Center & Gardens, located at 570 West Avenue 26 #100, Los Angeles, is the place where the two friends leave Phoebe for rehab.

Production for season 2 commenced around March 2019, and it wrapped up in a few weeks on April 17, 2019. The private residence in central LA at 433 South Lucerne Boulevard is one of many filming locations for the season. The crew was also reportedly spotted at 114 East 2nd Street and 1603 Cosmo Street around the same time.

Shooting for season 3 reportedly began in early November (or the last week of October), 2020. The global coronavirus pandemic posed a huge problem for the cast and crew as there was a lot of uncertainty over the season’s production. However, the makers ensured that everyone on the set was properly tested, and masks were made mandatory for all, except for actors during the shoot, obviously. Michael Douglas shared a behind-the-scenes photo on Instagram to express his excitement upon returning to the filming set.

The Warner Bros. Studios complex in Burbank, California, also serves as one of the primary filming sites of ‘The Kominsky Method.’ Located at 4000 Warner Boulevard in Burbank, the facility has also hosted the production of shows and movies like ‘Shameless,’ ‘Interstellar,’ ‘Mom,’ ‘The Greatest Showman,’ and ‘Inception,’ among many others.

After dropping Phoebe at the rehab, Sandy Kominsky and his friend Norman Newlander stop at the famous Pechanga Resort Casino located in Temecula. Over the years, several television shows have been filmed there. The long-list includes ‘Storage Wars,’ ‘Botched,’ and ‘Cake Masters.’ Some scenes in the show are also filmed at 26767 Agoura Road, Calabasas.