Where was ‘Mom’ Filmed? 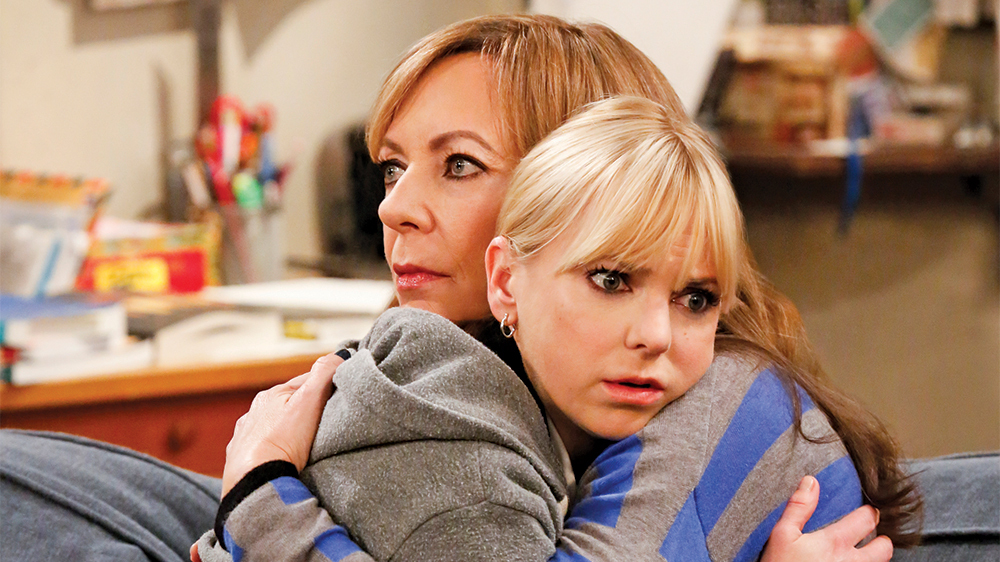 While the show has somewhat flown under the radar compared to some of his other properties like ‘Two and a Half Men’ and ‘The Big Bang Theory’, famed Hollywood TV director, writer and producer Chuck Lorre’s drama/comedy sitcom ‘Mom’ has endeared itself to audiences for its heartfelt portrayal of the struggles of addiction and it’s ability to combine comedy with genuine tragedy in a seamless and authentic manner.

The show follows a highly dysfunctional duo of Christy Plunkett and her mother Bonnie. After years of separation due to their individual struggles with addiction, the two try to repair their lives and their relationship by vowing to stay sober and diligently attending AA (Alcoholics Anonymous) meetings.

Despite being a comedy, ‘Mom’ grapples with some really dark issues including alcoholism, drug addiction, gambling addiction, teen pregnancy, domestic violence, rape, homelessness, cancer, death, overdose, abortion, obesity, ADD (Attention Deficit Disorder) and more with a surprising amount of grace. For its achievements, ‘Mom’ has been lauded with numerous awards, including two consecutive Primetime Emmy Awards for “Outstanding Supporting Actress in a Comedy Series” in 2014 and 2015. If you were wondering where the show ‘Mom’ films, read on to find out everything we know

‘Mom’ is set in the idyllic city of Napa, California in the USA. Protagonist Christy Plunkett (played by ‘Scary Movie’ and ‘Brokeback Mountain’ actress Anna Faris) is a single mother who decides to restart her life in Napa as a waitress after a long struggle with alcoholism and drug abuse. She is accompanied by her previously estranged mother Bonnie Plunkett (played by ‘The West Wing’ actress Allison Janney), who herself is a recovering addict. One notable location where a lot of the main characters hang out is the folksy Burgundy Bistro.

Napa is the largest city in the Napa County of California, and is best known for its exquisite wines and amiable Mediterranean weather, making it a prominent tourist holiday location. As such, the pleasant backdrop acts as a nice dampener to some of the more morbid themes tackled by the show. However, ‘Mom’ isn’t actually filmed in Napa at all; In fact, the show is actually entirely filmed on set in the city of Los Angeles, California.

Being a multi camera sitcom, ‘Mom’ is filmed by four cameras simultaneously on a handful of major sets in front of a live studio audience.

The primary filming location for ‘Mom’ is the city of Los Angeles, California. More specifically, ‘Mom’ is filmed on Stage 20 of Warner Brothers Burbank Studios at 4000 Warner Boulevard, Burbank, California, USA. The famed studio was initially constructed way back in 1935 and has served as a filming location for a number of renowned movies and TV shows including the ‘Ocean’s’ trilogy starring George Clooney, Brad Pitt and Matt Damon, the Tim Burton classic ‘Pee-wee’s Big Adventure’, Michael Keaton’s ‘Batman Returns’ and many more.

As such, the Warner Brothers Burbank Studio is an ideal location to film a multi camera sitcom with a live studio audience as it features all the filmmaking and audio tools required to produce the show. However, despite not filming on location in Napa, it was imperative to make the set feel like an authentic representation of the picturesque city of Napa.

The set decorator for ‘Mom’, Ann Shea explains, “Before starting Mom, I toured the Napa Valley extensively and found that on the whole, everything is more idyllic and more charming and has more character in that region. Also, even the most glamorous places seem to have a little rustic flair to them. I always bear this in mind when doing any set on the show. For example, when decorating the Burgundy Bistro, I strived to achieve all of the above.”

American actress Beth Hall, who plays the role of Wendy Harris in ‘Mom’ posted this group picture on set while filming

Warner Brothers also offer an up close and personal tour of their Burbank Studio. You can buy tickets for the tour on their official website.