Where is The Perfect Family Filmed? Is it Based on a True Story? 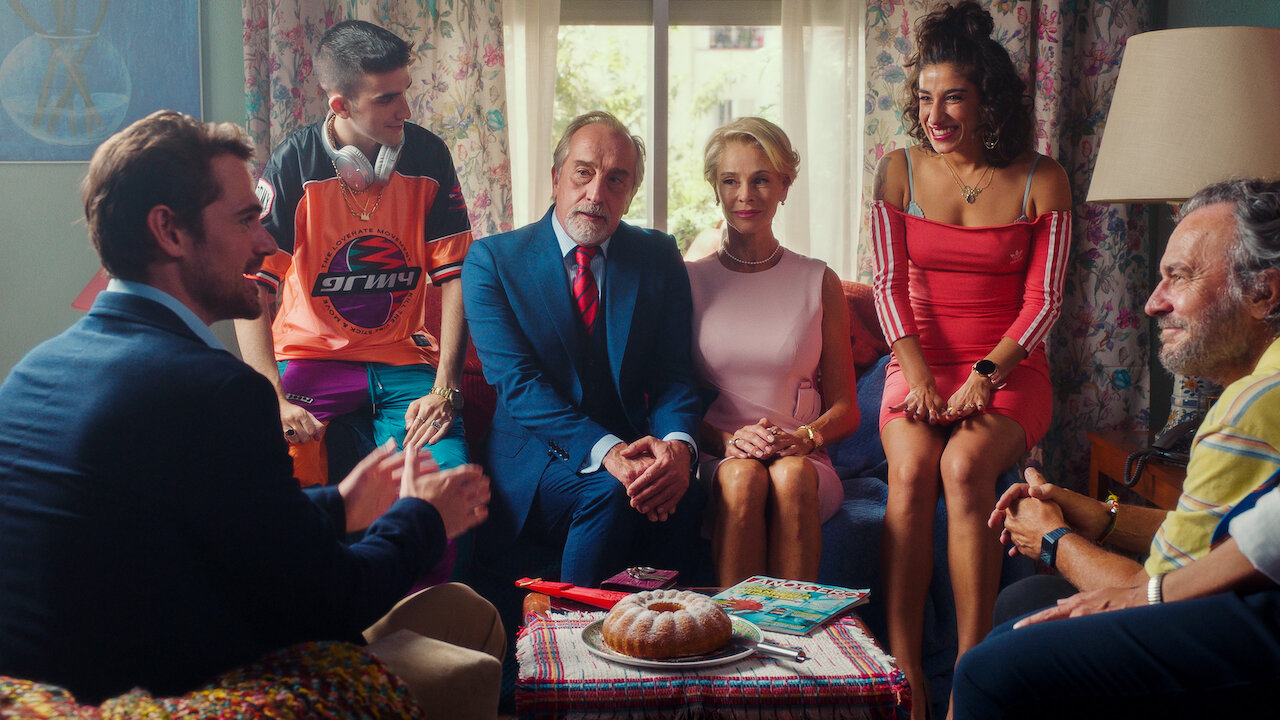 Directed by Arantxa Echevarría, ‘The Perfect Family’ or ‘La Familia Perfecta’ is a Spanish comedy movie that revolves around Lucía and her family. Over the years, Lucía has maintained the perfect image of her family. However, the perception is in danger of being broken due to her son Pablo’s lifestyle and girlfriend, Sara. Her son’s possible in-laws make her worry even more. As the two worlds collide, chaos ensues, and Lucía desperately tries to hang on to any piece of normalcy.

The film is a hilarious blend of romance and family dynamics that are somehow both relatable and unbelievable. Thanks to stellar performances by talented actors like Belén Rueda, José Coronado, Gonzalo de Castro, Carolina Yuste, and many more, the movie is sure to keep you hooked. Moreover, the film is quite visually appealing with the amazing locations and backdrops used in the scenes. So, if you want to know where the Spanish movie was lensed and what is the inspiration behind its storyline, we have your back!

‘The Perfect Family’ was filmed in Spain, particularly in the Community of Madrid and the city of Brihuega. Apparently, the movie’s principal photography wrapped up in October 2020 after seven weeks of shooting. Let’s take a closer look at the details of the locations where the production team lensed the movie.

The Community of Madrid served as the primary location for the production of ‘The Perfect Family.’ It is home to the country’s capital, the city of Madrid, which was used to record several scenes for the comedy film. The city is perhaps the most infamous place in the area for tourists. In addition, the municipalities of Rascafría and Guadarrama feature in several sequences.

Located in the center of the Iberian Peninsula, the Community of Madrid has a diverse landscape and wildlife. The region has a rich historical background with political and financial influence. The Spanish community is also home to tourist destinations like the Guadarrama Mountain Range, La Pedriza, and the Castle of Manzanares el Real.

Thanks to the facilities and beautiful landscape within the Community of Madrid, it has always been one of the most popular production spots for both local and international projects. Several well-known TV series have been lensed within its borders, including ‘Elite‘ and ‘Money Heist.’

Located in the Spanish province of Guadalajara, the Brihuega municipality was used to film parts of ‘The Perfect Family.’ The city was home to violent battles during the Spanish Civil War. Apart from its importance within the country’s history, Brihuega is also known for tourist destinations like the Arab Caves, the Cadena Gate, and the Cozagón Arch. Movies like ‘Talk to Her’ and ‘The Immortal Story’ were also lensed in the area.

Is The Perfect Family a True Story?

No, ‘The Perfect Family’ is not based on a true story. Arantxa Echevarría directed the movie from a script by Olatz Arroyo. Though the film deals with relatable themes surrounding family drama, the plot is a product of Arroyo’s imagination and Echevarría’s vision. The director took inspiration from similarly themed movies to get an idea of how the film would proceed.

The portrayals of Jane Fonda in ‘Monster-in-Law,’ Katharine Hepburn in ‘Guess Who’s Coming Tonight,’ and Meryl Streep in ‘Big Little Lies‘ served as main inspirations for the director of ‘The Perfect Family.’ The characters were examples of mother-in-laws no one wants. Echevarría was also determined to present viewers with characters they can relate to without falling for stereotypes. She intended to portray how differences should not be a reason for strife but rather a cause for celebration. That’s why we see the damage that archetypes cause if one buys into them due to ignorance in the Spanish movie.

Echevarría wanted to portray a natural transition in the relationship between Lucía and Sara. So, the film focuses more on the feelings that the two inspire in each other rather than their bond with Pablo. According to the director, despite the seemingly perfect family, Lucía finds something missing inside her. However, she does not realize the emptiness within her until she meets Sara. The director also told Carolina Yuste, who plays Sara, that her character adores Lucía, allowing the dynamic between the two women to flow naturally.

While the movie is not based on a single true story, it does allow viewers to empathize with the characters. At one point or another, viewers can understand the motivations of Lucía or Sara. Whether it is the desire to have a picture-perfect family or being accepted into a new one, the themes are true to life, though shown through the lens of comedy.