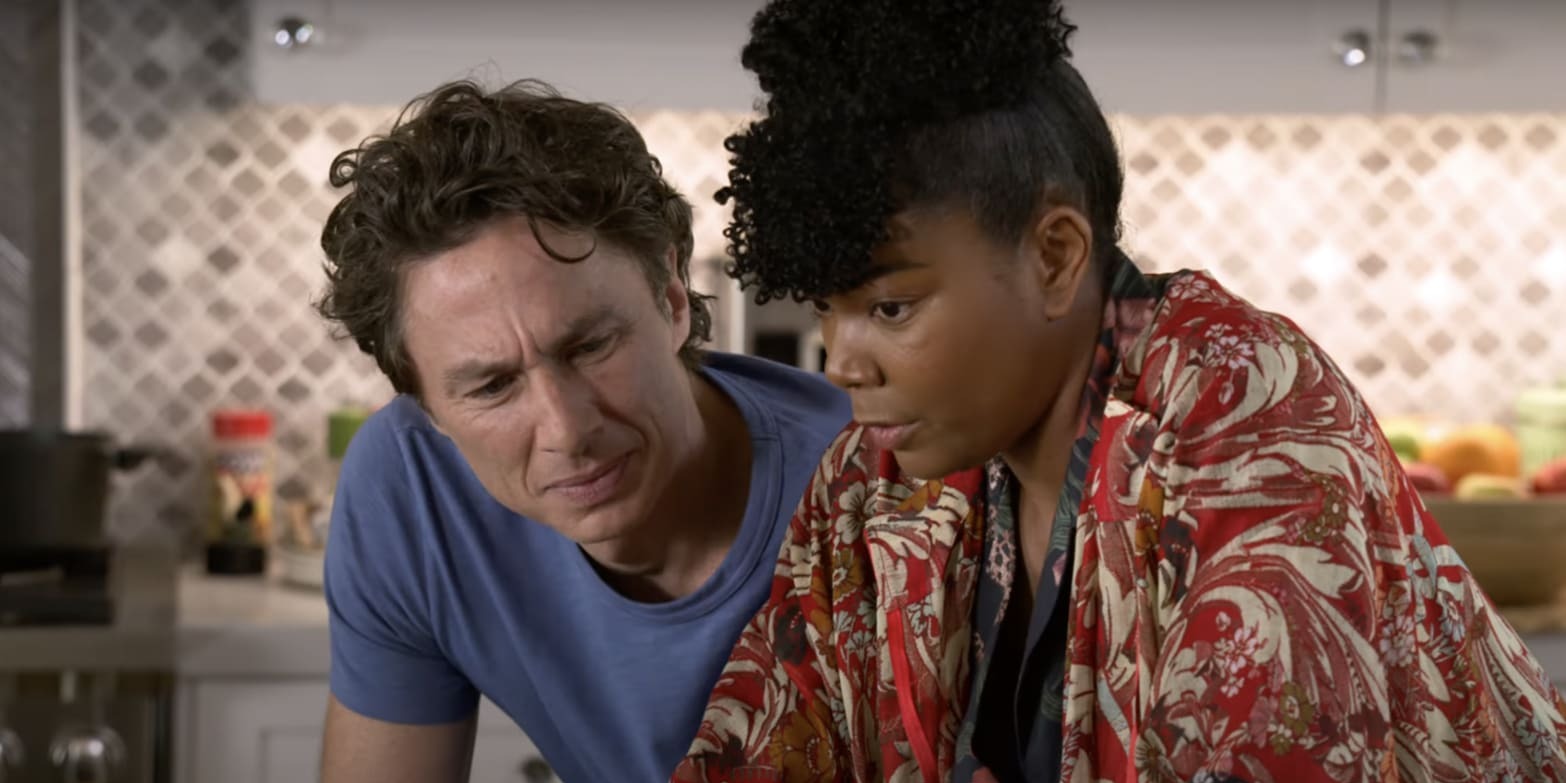 Director Gail Lerner – known for directing several episodes of the popular drama ‘Black-ish’ – brings to fruition the Disney original family comedy movie ‘Cheaper by the Dozen.’ Based on the namesake 1948 semi-autobiographical novel by Frank Bunker Gilbreth Jr. and Ernestine Gilbreth Carey, the film chronicles the lives of the eccentric Baker family. The New Jersey-based interracial couple Paul and Zoe Baker have difficulty managing their arsenal of children from previous marriages. Still, it is nothing they cannot overcome with a bit of teamwork.

On the other hand, the Bakers struggle to keep their family business running. Following the 1950 version and the 2003 remake, this is the third reboot of the popular Disney franchise. Therefore, the film is replete with nostalgia and a feel-good ambiance. Most of the events in the film unfold in New Jersey, where the urban backdrop adds another charm to the narrative. However, you may be wondering where the movie was shot. If that is the case, let us take you to the locations.

Cheaper by the Dozen Filming Locations

‘Cheaper by the Dozen’ was filmed in its entirety in Los Angeles, California. As per reports, filming was scheduled to commence on July 13, 2020, but the plan was disrupted due to the COVID-19 pandemic. According to the CEO of Disney, Bob Chapek, filming resumed in November 2020 with necessary safety protocols in place. It seems that principal photography got stretched to April 2021.

The cinematographer of ‘Transformers,’ Mitchell Amundsen, handled the cinematography for the movie, while Desma Murphy served as the production designer. Murphy’s notable credits include ‘The Hangover.’ Let us now take you to the specific locations where the movie was lensed.

Most of the filming took place in and around Los Angeles, the iconic Californian city. Walt Disney Pictures and 20th Century Studios helped materialize the project. Therefore, we can assume that some filming took place in the Fox Studio Lot, which is the headquarters for 20th Century Studios. Located at 10201 West Pico Boulevard, in the neighborhood of Century City, it is one of the cleanest studio premises in the city.

Although the property is private and not open to the public, you can glimpse the Nakatomi Plaza building from the first ‘Die Hard’ movie from afar. Apart from ‘Die Hard,’ the studio also hosted the production for classics like ‘The Sound of Music’ and ‘Fight Club.’ The cast and crew possibly ventured outside the studio premises, lensing a few segments in and around the city. From timeless classics and indie films to VFX-laden blockbusters, Los Angeles has provided the backdrop for countless movies for generations.

Read More: Is Cheaper by the Dozen Based on a True Story?