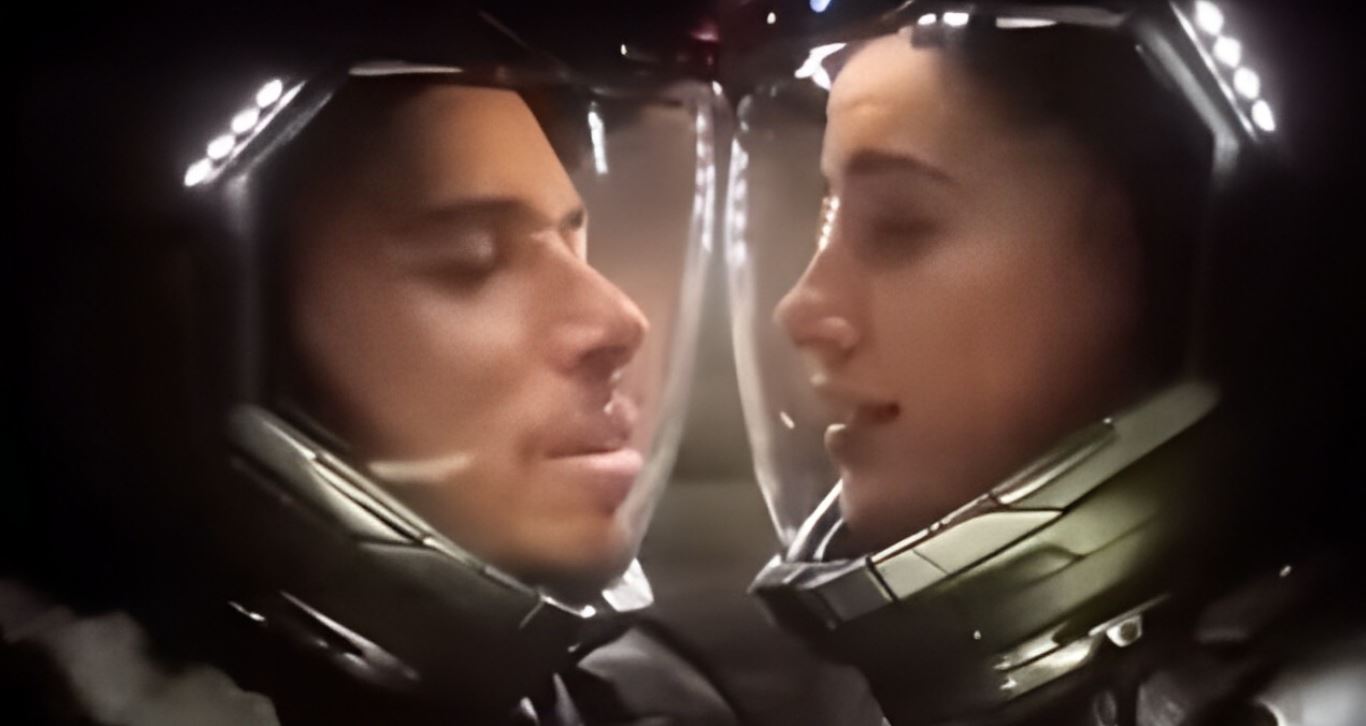 Directed by Josh Gordon and Will Speck, ‘Distant’ is a science fiction comedy movie that follows an asteroid miner named Andy Ramirez whose spaceship gets struck by an asteroid, which crash-lands him on an alien planet. With his AI survival suit not being of much help, he must get in contact with another survivor before his oxygen runs out completely. Soon, he manages to connect to a fellow crew member named Naomi Calloway via radio but finds out that she is stuck in her escape pod. So Andy must make his way across the planet to get Naomi out, all while getting hunted by alien creatures.

The space movie features impressive onscreen performances from a talented ensemble cast, comprising Anthony Ramos, Naomi Scott, Zachary Quinto (the voice of Andy’s AI survival suit), and Kristofer Hivju, keeping the viewers hooked from the beginning to the end. At the same time, the setting of an alien planet against the backdrop of space makes one curious about the actual filming sites of ‘Distant.’ If you have been wondering the same, allow us to fill you in on all the details!

‘Distant’ was filmed in Hungary, particularly in Budapest. According to reports, the principal photography for the science fiction film commenced in September 2020 and wrapped up in November 2020. Since the shooting took place during the early stages of the COVID-19 pandemic, the cast and crew members had to comply with several safety protocols on set, such as regular sanitization, wearing face masks, and social distancing. Now, let’s not waste any time, and get a detailed account of all the specific sites that stood in for the alien planet where Andy and Naomi get stuck!

Most of the pivotal sequences for ‘Distant’ were lensed in and around Budapest, the capital and most populous city of Hungary. From the looks of it, the production team seemingly utilized the facilities of one of the film studios in the city to shoot most of the scenes set in outer space. However, they also possibly set up camp at a few outdoor sites across Budapest to get some key scenes for the science fiction comedy movie. Moreover, the cast and crew members supposedly shot numerous portions outside Budapest, in Visonta, Heves, as well.

Situated at the center of the Carpathian Basin, Budapest is considered a global city that exerts a strong influence on several sectors, including art, finance, technology, commerce, media, fashion, entertainment, education, and research. As for its economy, it is driven by real estate, retailing, trade, accountancy, fashion, tourism, and more. Also known as Queen of the Danube, Budapest is popular for its well-preserved pre-war cityscape.

Budapest is home to many landmarks and tourist attractions, such as Saint Stephen’s Basilica, the Aquincum Museum, the Nagytétény Castle Museum, Heroes’ Square, the Museum of Fine Arts, and the Margaret Bridge. Moreover, the city has served as a prominent production location for many film projects over the years. Apart from ‘Distant,’ Budapest’s locales have been featured in ‘Dune,’ ‘Blade Runner 2049,’ ‘The Martian,’ ‘Terminator: Dark Fate,’ ‘World War Z,’ The Golden Compass,’ and ‘Moon Knight.’