Where Was Hallmark’s Fly Away With Me Filmed? Who is in the Cast? 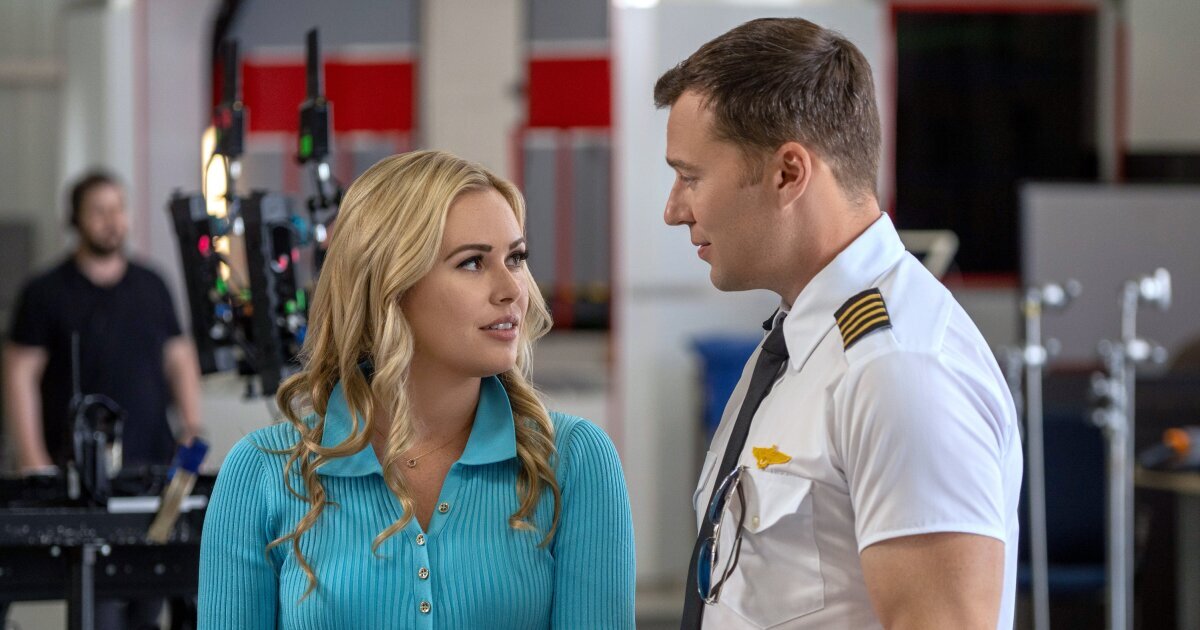 Helmed by Marita Jane Grabiak, Hallmark’s ‘Fly Away With Me’ is a romantic comedy movie that revolves around Angie, who moves into a new building where pets are not allowed. However, things take an unexpected turn when a parrot enters her room through her balcony door. Now, she must sneak the bird out of the building safely before she gets evicted herself. As Angie looks for the parrot’s owner, she comes across Ted, an air traffic controller who doesn’t only live in the same building but is also hiding his sister’s dog, Zoe, in his room.

Now, Ted and Angie go on a quest to try and find the parrot’s owner without getting caught in the process. The narrative involves several comedic twists as the duo attempts to keep their respective pet situations on the low. While the cute animals keep the viewers hooked on the movie, the interesting use of locations makes them wonder where ‘Fly Away With Me’ was shot. Well, if you are one such curious soul, you might be interested in what we have to share about the same!

Fly Away With Me Filming Locations

‘Fly Away With Me’ was filmed entirely in Ontario, specifically in Ottawa. Situated in Central Canada, it is the country’s most populous province. Although there is no mountainous terrain, the region consists of large areas of uplands, especially within the Canadian Shield. Moreover, it is rich in minerals and filled with several lakes and rivers. Given its vast and diverse landscape, Ontario is a suitable filming site for different productions, including the Hallmark movie. Now, without further ado, let us follow Angie and Ted on their quest and navigate all the specific locations that appear in the rom-com!

As per reports, all the pivotal sequences for ‘Fly Away With Me’ were lensed in Ottawa, Canada’s capital city. The cast and crew of the Hallmark movie supposedly traveled around the city to tape different scenes against suitable backdrops. Additionally, the apartment scenes were shot on a soundstage of one of the film studios in Ottawa or an actual apartment building.

Located in Ontario’s southern region, specifically at the confluence of the Ottawa River and the Rideau River, Ottawa is the nation’s political center and the headquarters of the federal government. The city is home to many museums and National Historic Sites of Canada, including the Canada Aviation and Space Museum, the National Gallery of Canada, the Canadian Museum of Nature, the Canada Agriculture and Food Museum, the Château Laurier, Confederation Square, and the former Ottawa Teachers’ College.

Apart from tourists, filmmakers frequently visit Ottawa for shooting purposes, and the capital has hosted the production of different movies and TV shows over the years. Some notable ones are ‘The Sum of All Fears,’ ‘Mr. Nobody,’ ‘On the Count of Three,’ and ‘Fifteen.’

Fly Away With Me Cast

Natalie Hall portrays Angie in the Hallmark movie. You may find Hall familiar as she appears in several other projects, such as ‘A Winter Princess,’ ‘UnREAL,’ ‘Charmed,’ and ‘Into the Dark: A Nasty Piece of Work.’ In addition, she has appeared on some renowned shows like ‘NCIS: New Orleans,’ ‘Law & Order: Special Victims Unit,’ ‘Pretty Little Liars,’ and ‘CSI: Crime Scene Investigation.’

On the other hand, Peter Mooney essays the role of Ted in ‘Fly Away With Me.’ The actor is known for his work in ‘We Were Wolves,’ ‘Prodigy,’ ‘Rookie Blue,’ ‘Saving Hope,’ ‘Camelot,’ and ‘Falcon Beach.’ Other cast members who play pivotal roles in the movie are Melinda Michael (Gineen), Joseph Kathrein (Kyle), Kathryn Kohut (Beth), Paul Constable (Louis), Gabriel Hudson (Mateo), Karrie Kwong (Dr. Moore), Peggy Prud’homme (Nancy), and Chris Zamat (Seth).

Read More: Where Was Hallmark’s The Secrets of Bella Vista Filmed? Who is in the Cast?