Where Was Hallmark’s Francesca Quinn, P.I. Filmed? Who is in the Cast? 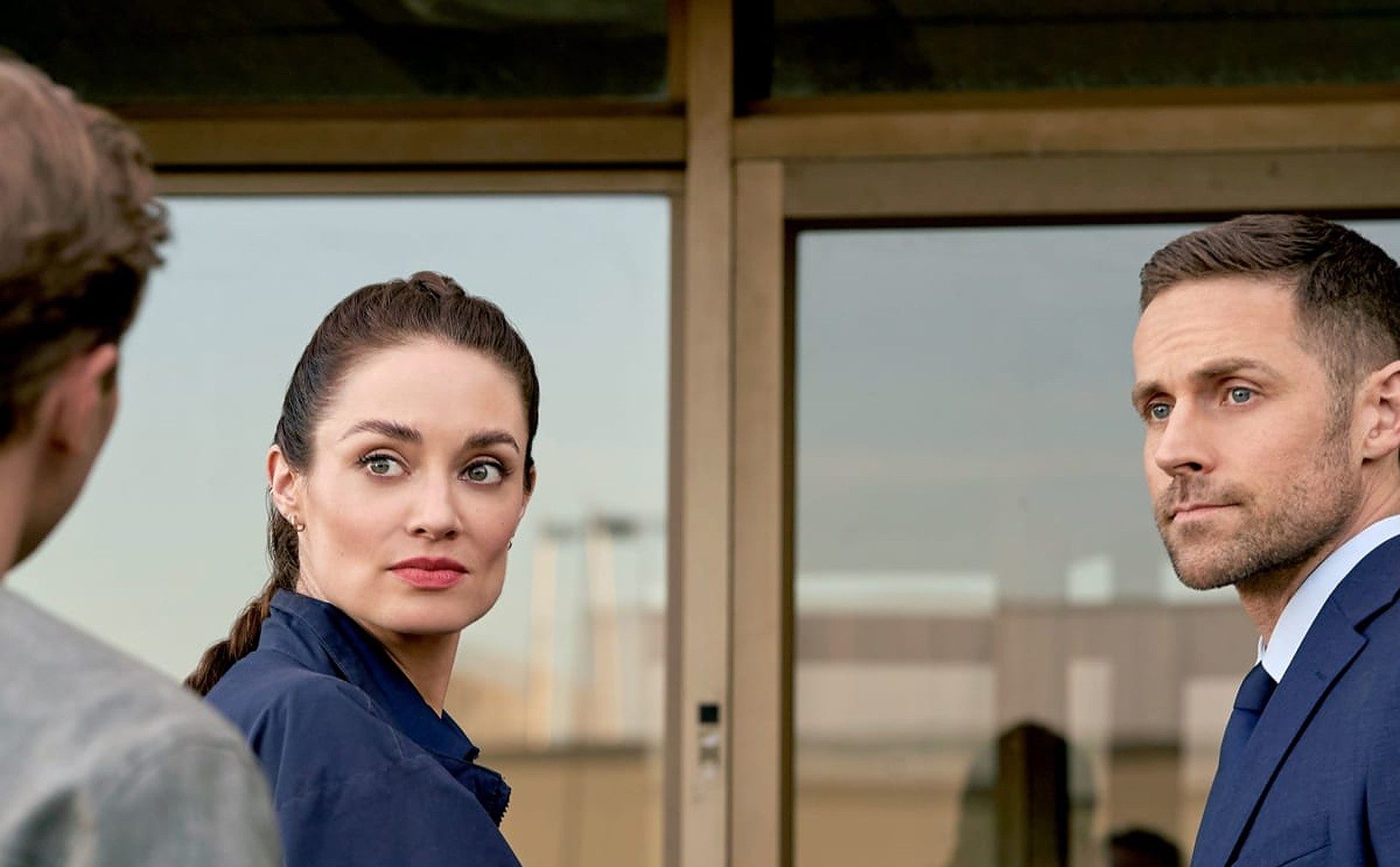 Directed by Anthony C. Metchie, Hallmark’s ‘Francesca Quinn, P.I.’ is a murder mystery movie that revolves around the murder of private investigator Francesca “Frankie” Quinn’s fiancé, Carl. Following his mysterious death, Frankie’s sister decides to hire her despite her personal connection with the case. Fuelled by hurt and determination to find the culprit, she sets out to uncover the mystery. However, she must work with her detective ex, Wyn, and take a leap of faith by trusting the person who broke them up in the first place.

The mystery behind Carl’s murder and the tension between Frankie and Wyn will likely keep the viewers entertained and on the edge of their seats throughout the movie. Moreover, the interesting use of locations, including the investigator’s office, makes one wonder where ‘Francesca Quinn, P.I.’ was shot. Well, if you are one such curious soul, you might be interested in what we have to share about the same!

‘Francesca Quinn, P.I.’ was filmed entirely in Manitoba, specifically in Winnipeg. As per reports, the principal photography for the Hallmark movie commenced in late May 2022 and wrapped up within a month or so, in June of the same year. Situated in the longitudinal center of Canada, Manitoba is the nation’s fifth most populous province.

The region is known for its diverse landscape that ranges from the Hudson Bay coastline in the north to lush green forests and large freshwater lakes in the central and southern parts. All these features make Manitoba an ideal shooting site for movie and TV projects, including the Anthony C. Metchie directorial. Now, without further ado, let us take you through all the specific locations that appear in the Hallmark mystery!

All the pivotal sequences for ‘Francesca Quinn, P.I.’ were lensed in and around Winnipeg, Manitoba’s capital and largest city. As far as we can tell, the production team seemingly traveled around the city to tape different scenes against suitable backdrops for the mystery movie. Located on the eastern edge of the Canadian Prairies in Western Canada, Winnipeg gets its name from the nearby Lake Winnipeg and is considered a railway and transportation hub.

Also known as the Gateway to the West, the city is home to many National Historic Sites of Canada, like The Forks. Furthermore, it consists of several other tourist attractions, such as the Manitoba Children’s Museum, the Canadian Museum for Human Rights, the Winnipeg Public Library,  Shaw Park, the Winnipeg Art Gallery, the Centennial Concert Hall, and the Pantages Playhouse Theatre.

Apart from tourists, the capital city is frequented by filmmakers for shooting purposes. Besides ‘Francesca Quinn, P.I.,’ Winnipeg has hosted the production of different movies and TV shows over the years, including ‘Nobody,’ ‘The Italian Job,’ ‘Journey to the Center of the Earth,’ ‘The Assassination of Jesse James by the Coward Robert Ford,’ ‘Storm of the Century,’ and ‘Tales from the Loop.’

Mallory Jansen portrays Francesca ‘Frankie’ Quinn in the Hallmark movie. Some of you may find Jansen familiar due to her work in ‘Never Tear Us Apart: The Untold Story of INXS,’ ‘Young & Hungry,’ ‘Galavant,’ ‘Marvel’s Agents of S.H.I.E.L.D.,’ ‘This Is Us,’ and ‘American Housewife.’ On the other hand, Dylan Bruce essays Wyn in ‘Francesca Quinn, P.I..’ The Vancouver-born actor is known for his performances in projects such as ’24: Conspiracy,’ ‘As The World Turns,’ ‘Unstoppable,’ and ‘The Bay.’