Where Was Hallmark’s Just One Kiss Filmed? Who is in the Cast? 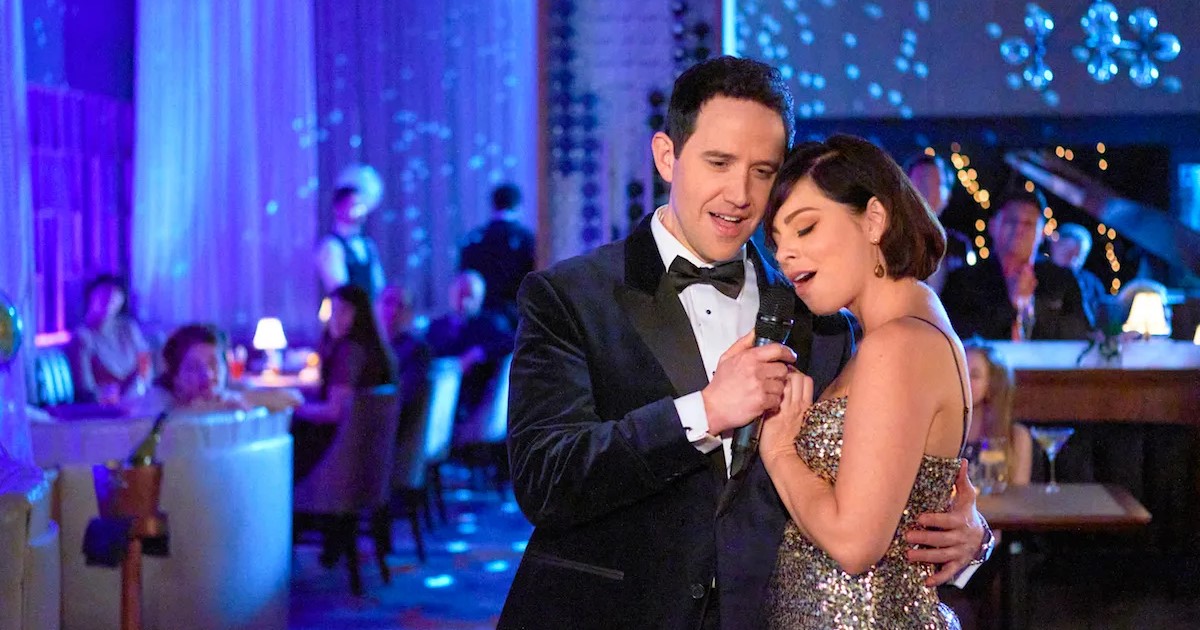 Directed by Jeff Beesley, ‘Just One Kiss’ is a romantic comedy film by Hallmark. It revolves around Mia and Tony, who both have a disastrous history when it comes to relationships. They come across each other during a screening of a classic, black-and-white movie and while the two don’t read much into it, someone else does. Both of their mothers happen to see them interact with each other. The matriarchs decide to band together and make Mia and Tony fall for each other.

The matchmakers execute one scheme after the other, like making sure that Mia’s new apartment is in the same building as Tony’s. After repeated meetings and mutual attraction, the pair thinks that it must be fate and give dating a go-ahead. Of course, nothing is ever that simple and despite the beautiful sceneries and romantic backgrounds, reality comes crashing down on them. The film has some amazing visuals that set the right atmosphere for all the love that is in the air. Those interested in knowing where the movie was shot have to look no further. We’ve got the details!

‘Just One Kiss’ was filmed in Vancouver, British Columbia. A part of Hallmark’s ‘Spring Into Love’ lineup, the film was lensed in February of 2022. Here is a closer look into all the places that feature in the romantic drama!

Although ‘Just One Kiss’ is set in New York, it was mainly shot in and around Vancouver. The port city serves as a filming location for several Hallmark movies. The club where Tony works and delights his audience with his dulcet tones is also located within the city. As per sources, the cast stayed at the beautiful Sutton Place Hotel during filming. The 5-star hotel is located at 845 Burrard Street in downtown Vancouver.

In an interview shortly before the film’s premiere in April 2022, Aida Turturro (Sofia) talked about her chemistry with co-star Illeana Douglas (Marlene). While the two hadn’t met before the filming, they became good friends and had fun working with each other. Turturro was also quite appreciative of the rest of the team, describing her experience in Vancouver as a big hang-out session. For her first Hallmark movie experience, the actress could not have asked for anything better. Another sweet friendship forged on the sets of ‘Just One Kiss’ was that of young actors Ava Grace Cooper (Rosie) and Alice Rose (Isabella).

Douglas even shared a post on Instagram expressing her happiness during the filming of ‘Just One Kiss.’ Sharing a small video, with snippets taken while shooting the movie. She captioned the post with the words, “That’s a wrap! What a blast it’s been.” Other major Hallmark movies that were shot within the port city of Vancouver are ‘A Second Chance at Love,’ ‘A Little Daytime Drama,’ and ‘Christmas in Tahoe.’

Santino Fontana portrays the character of Tony Romano, a popular headliner in a Manhattan supper club. Fontana lends his beautiful voice to evergreen songs like “Someone to Watch Over Me,” and “New York, New York” in this Hallmark production. The two-time Tony Award-winning actor also appears in ‘The Marvelous Mrs. Maisel‘ and ‘Crazy Ex-Girlfriend.’

Joining Santino is Krysta Rodriguez who portrays Mia Rivera, a college professor going through a divorce. Rodriguez is an amazing singer and actress with experience in theatre, television, and films. Her popular performances include ‘Quantico,’ ‘Smash,’ and ‘Daybreak.’ In ‘Just One Kiss,’ she duets with Fontana for the timeless romantic song “Fly Me to the Moon.” Ava Grace Cooper appears as Mia’s 11-year-old daughter, Rosie.