Where Was Hallmark’s Christmas In Tahoe Filmed and Who Is In The Cast?

A Christmas love story with music as its heart, Hallmark’s ‘Christmas in Tahoe’ is indeed a charming movie that makes the holidays merrier. It revolves around Claire, who must come up with a plan to salvage her family hotel’s Christmas Eve event after one of the acts cancels. She is then forced to seek help from her ex-lover Ryan, who is the lead singer of a famous band. There is a small issue, though — Claire was actually once the manager of the band, and they let her go for bigger opportunities, thus leading to a fallout.

The reunion makes them realize that maybe their feelings for each other are still not over, and they begin to revive their romance amidst the holidays. The hit 2015 album by the band Train is the eponym of the movie directed by Robert Lieberman, and the songs also inspire the theme. Set in the picturesque lake town of Tahoe, California, ‘Christmas In Tahoe’ is all about singing the song of love. Let’s dig deeper to see where exactly was this heartwarming movie filmed!

Though the story is based in Tahoe, the makers of ‘Christmas In Tahoe’ had to shoot the film in different parts of British Columbia. They had initially planned to film in the original location but had to do otherwise as Tahoe was badly affected by wildfires. In fact, singer Pat Monahan from Train, who also stars in the film, pledged to donate all his proceeds from the film to environmental organizations in Tahoe.

Filming for the movie seemingly commenced in late September 2021 and ran for one month till October of the same year. British Columbia has become a very popular filming destination due to its scenic beauty, liberal exemptions on tax, and readily available technology and production crew. Here are the exact details of the shoot locations for ‘Christmas In Tahoe’. 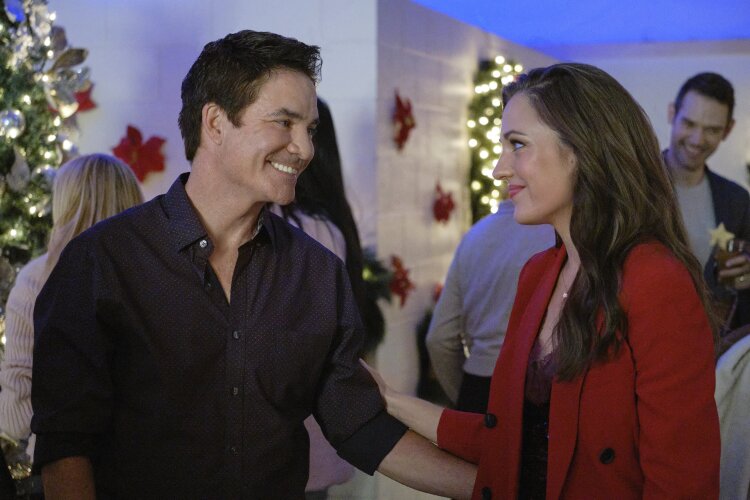 Although the artists behind the film have kept mum on sharing the production details, it seems like ‘Christmas In Tahoe’ was majorly filmed in the Vancouver region of British Columbia. Pat Monahan disclosed about heading to Vancouver for the shoot in an interview with Audacy’s 96.5 TIC in Hartford. Vancouver is a common filming location for movies, especially a major number of Hallmark productions that have been filmed there. ‘The Interview‘, ‘Rise of The Planet of The Apes‘, and ‘Hope At Christmas’ (Hallmark) are a few films that were shot in the city.

Whistler, a mountainous town north of Vancouver in British Columbia, is a striking location for shoots. The production unit of ‘Christmas In Tahoe’ most likely filmed some parts of the movie in this quaint region. The talented crew shared fun pictures from the set on social media.

Some parts of the film were supposedly filmed in Abbotsford, British Columbia, a picturesque city just outside Vancouver. This border city has witnessed the filming of many movies like ‘Open By Christmas‘ and ‘Good Boys,’ as well as the hit show, ‘The Chilling Adventures of Sabrina’.

Tony Award winner Broadway sensation Laura Osnes plays Claire, a talent manager who is in charge of a Christmas Eve event being hosted by her family hotel. She faces a last-minute artist cancellation, which leads to her former boyfriend Ryan stepping in to help her. Kyle Selig essays the role of Ryan, the lead singer in a famous band, which Claire helped rise to fame before they cut ties with her. Osnes is known for movies like ‘One Royal Holiday’ and ‘In The Key Of Love,’ while Selig, who is also a popular face on Broadway, has been a part of films like ‘Monster High’ and ‘Madam Secretary Travis’.

Joining the two is Train frontman Pat Monahan, who has not just lent his voice to the soundtrack, but also stars as Jackson, the friendly hotel concierge who helps Claire. Other cast members include known comedian George Lopez as Otis, Rebecca Staab as Dorothy Rhodes, Alex Gullason as Ricki Page, Tom Butler as Tim Rhodes, and Lynda Boyd as Joyce Davison.