Where Was Hallmark’s Love Strikes Twice Filmed? Who is in the Cast?

Hallmark’s ‘Love Strikes Twice’ revolves around 37-year-old Maggie, who is unhappy in her marriage with her husband, Josh. When she wishes for a do-over of her love life, Maggie finds out that she has woken up 15 years in the past. She goes ahead and helps Josh save a library, strengthening their bond, even as she reconsiders her feelings for her old flame, Rick. Given a chance to redo everything, Maggie must make a life-changing decision — will she choose her Josh again, or will she pursue Rick?

Directed by Jeff Beesly and written by C. Jay Cox, this Hallmark creation for the Fall Harvest season is the perfect feel-good movie for those seeking a romantic drama. With an interesting premise, talented actors, and beautiful locations, ‘Love Strikes Twice’ definitely makes for a pleasant watch. In case you were wondering where it was filmed and who stars in it, we’ve got all the information for you.

‘Love Strikes Twice’ is set in Chicago, where Maggie works at a prestigious law firm and runs a household with her husband, Josh. However, like most Hallmark movies, it was filmed in Canada. In Winnipeg, to be precise. Let’s take a closer look at the specifics of this location.

‘Love Strikes Twice’ was filmed in the city of Winnipeg in the Summer of 2021. The capital of the Canadian province of Manitoba, Winnipeg is known for its beautiful neighborhoods, fairs, festivals, vast green spaces, tall buildings, food trucks, and love of the arts. The city is well-loved for its early 20th-century architecture, long winters, short summers, and occasional bouts of rain.

Known as the ‘Gateway to the West’ and the ‘Cultural Cradle of Canada,’ Winnipeg is a great location for a production team seeking beautiful and diverse outdoor spaces — from parks to beaches — for its characters to feel at home. Many scenic lakes and beaches are a short drive away from the city. Therefore, it is not surprising that the city hosted the filming of ‘Love Strikes Twice.’ 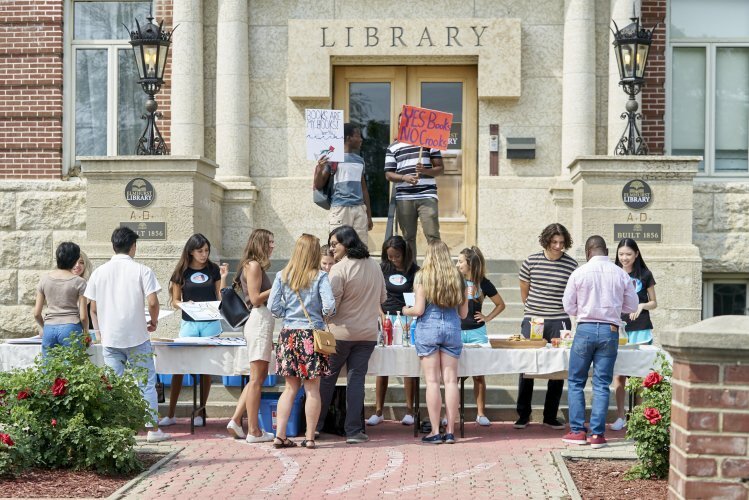 Winnipeg also boasts of a strong college community, perfect for the scenes in which Maggie interacts with her college boyfriend Rick and helps her future-husband Josh conserve a local library. The elegant layout of the city allows Maggie’s exploration of her past to be an aesthetically pleasing affair for the viewers. 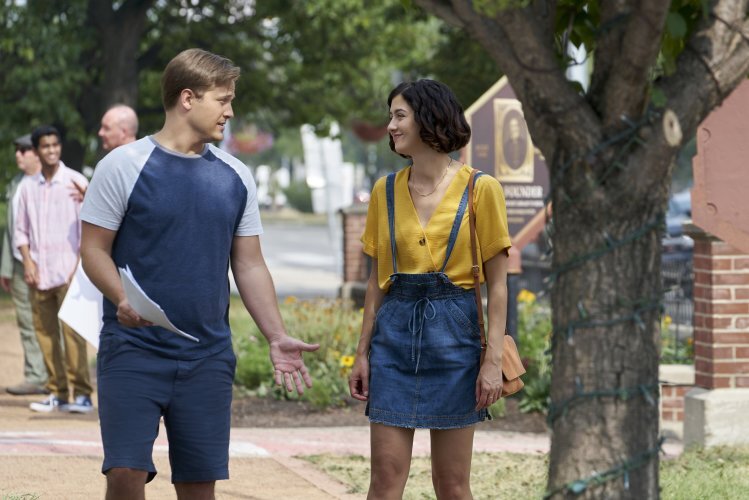 The Hallmark movie stars Katie Findlay as Maggie, an overachieving lawyer who gets a chance to reshape the course of her love life by moving backward in time. Findlay is known for her work in ‘The Killing,’ ‘How to Get Away with Murder,’ ‘The Carrie Diaries,’ and ‘Zoey’s Extraordinary Playlist.’

Starring as her husband Josh is Wyatt Nash, recognizable for his roles on ‘Pretty Little Liars,’ ‘Riverdale,’ and ‘Dear White People.’ Nash is also known for being a contestant on the reality television shows ‘Survivor’ and ‘Survivor: Redemption Island.’ Findlay and Nash can also be seen together in other Hallmark movies such as ‘Karen Kingsbury’s The Bridge Part 1’ and ‘Karen Kingsbury’s The Bridge Part 2.’

Starring as Maggie’s college boyfriend and old flame Rick is Marshall Williams, who is best known for ‘When Hope Calls,’ wherein he plays the role of Sam Tremblay. Williams has also been a part of ‘Glee,’ and ‘How to Build a Better Boy.’ The Hallmark movie also features Matthew Lupu as Ash Hartman, Brynn Godenir as Carrie Bowedin, Erik Athavale as Malcom Baxter, and Sharon Bajer as Estelle Hartman in supporting roles.