Where Was Hallmark’s Marry Me in Yosemite Filmed? Who is in the Cast? 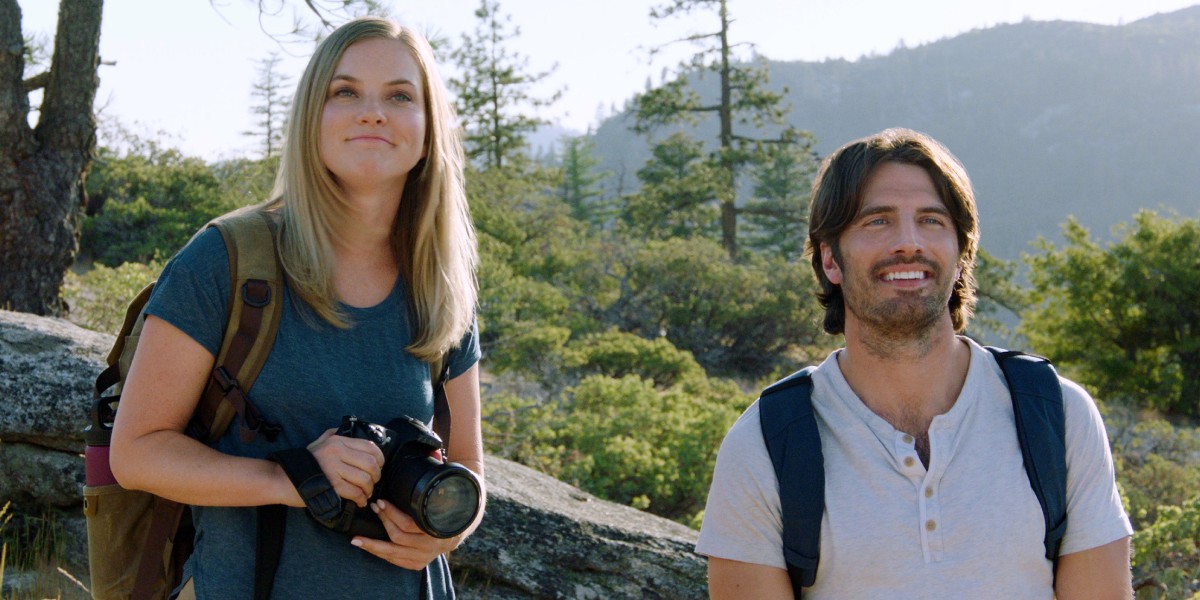 Hallmark’s ‘Marry Me in Yosemite’ is a romantic drama movie directed by Bruce D. Johnson that follows Zoe, a successful photojournalist who ventures on an adventure for her latest assignment at her boss’ request. After arriving at her destination, she meets Jack, a free-spirited tour guide, who changes her perception of life.

The beautifully shot movie mirrors the scenic attributes of Yosemite National Park, the story’s primary setting. Therefore, viewers must be wondering whether ‘Marry Me in Yosemite’ was taped on location in the national park or elsewhere entirely. Moreover, viewers must be looking for details about the film’s cast. In that case, here is everything we can tell you about the same!

Marry Me in Yosemite Filming Locations

‘Marry Me in Yosemite’ was filmed in California, in Yosemite National Park and Oakhurst. The scenic park sites are essential to the story as Zoe and Jack’s romance unfolds against the backdrop of the titular park. Hence, it is no surprise the makers decided to record the movie on location in the national park. Principal photography on the project likely commenced sometime in May 2022 and was wrapped up by the end of June next month. Now, let’s take a closer look at the Hallmark movie’s exact production spots!

‘Marry Me in Yosemite’ was primarily lensed in Yosemite National Park, a natural conservation space spread over an area of 759,620 acres and flanked by Sierra National Forest and Stanislaus National Forest. It covers the Toulumne, Mariposa, Mono, and Madera counties and is famous for its granite cliffs, waterfalls, glaciers, mountains, and biodiversity. The park was established on October 1, 1890, and was designated a World Heritage Site in 1984.

The cast and crew taped sequences in and around the Yosemite Valley, a glacial valley in Yosemite National Park. The valley is considered the park’s centerpiece and is known for its hiking trails and abundance of natural vegetation. Half Dome, a granite dome at the eastern end of Yosemite Valley, features prominently in the romantic movie. Yosemite National Park is a popular tourist spot, and several tourists visit the location, which offers outdoor activities such as gaming, hiking, climbing, skiing, etc.

In an interview with Digital Journal, actor Tyler Harlow called filming the movie in Yosemite National Park an awe-spiring experience. “It’s one of the wonders of the world. It really is. You really feel a spiritual sense there; it really has that gravity of power to it. To wake up every day and know that I was filming a movie at Yosemite was awesome,” Harlow said about his experiences in the park.

The filming unit visited Oakhurst to shoot some portions of the movie; it is a census-designated place in Madera County. Oakhurst lies 14 miles south of Yosemite National Park’s entrance at the foothills of the Sierra Nevada mountain range. It is known for its architecture and historic buildings, such as the Fresno Flats Historical Village Park and Little Church on the Hill. The popular horror drama series ‘American Horror Story‘ and the thriller movie ‘The Girl on the Mountain’ were also lensed in Oakhurst.

Marry Me in Yosemite Cast

Cindy Busby essays Zoe in ‘Marry Me in Yosemite.’ The actress is a regular in Hallmark Channel movies, appearing in ‘Toying with the Holidays,’ ‘Warming up to You,’ and ‘Chasing Waterfalls.’ Actor Tyler Harlow portrays Jack in the movie; Harlow makes his debut in the movie opposite Busby. Other cast members include Lexsy McKowen (Sage), Tim Halpin (Kos), and Harry Daniel Davis as Harris.

Read More: Where Was Hallmark’s Unthinkably Good Things Filmed? Who is in the Cast?