Where Was Lifetime’s Toying with the Holidays Filmed? Who is in the Cast? 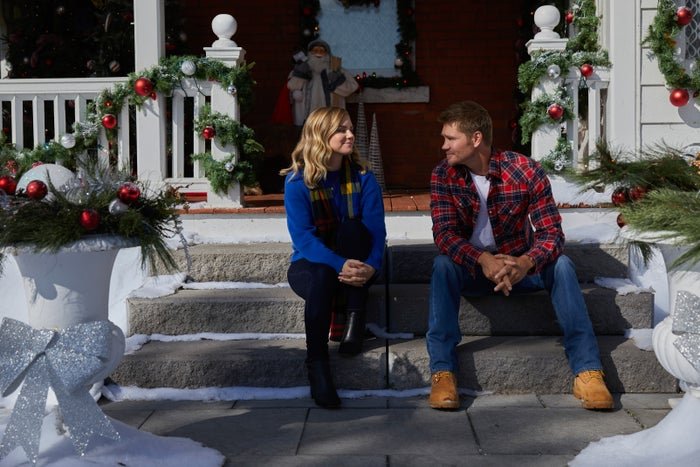 Directed by Bradley Walsh, Lifetime’s ‘Toying with the Holidays’ (also known as ‘The Holiday Train’) follows a workaholic mother, Danielle, who returns to her hometown of Holly Pines for Christmas. She wants her son to get accustomed to the family’s cherished holiday traditions, most particularly, the town’s North Pole Express train. Once she arrives, she reconnects with her former high school classmate Kevin, who helps her pull off a Christmas miracle. If this soul-stirring Christmas flick is on your watchlist, you might want to know more about it. In that case, we’d like to provide you with everything we know about the movie!

Toying with the Holidays Filming Locations

The movie was filmed in Ontario, the most sought-after location when it comes to Christmas movies! It was shot in August 2021, way ahead of its release, contrary to the fact that the film is Christmas-themed. Let’s take a look at more details!

‘Toying with the Holidays’ was apparently shot in Ontario, where one of its production houses, Hideaway Pictures, is located. The studio serves as the largest full-service production company in Northern Ontario. It offers both creative and production assistance to a varied range of clients in the film and television industry. Located in Sudbury, it specializes in creating and pacifying productions based in the state. A few other holiday-themed films produced by Hideaway Pictures include Hallmark’s ‘A Christmas Carousel,’ GAC’s ‘The Great Christmas Switch,’ Angel Falls Christmas,’ ‘Christmas in Love.’

Almost all of their movies are filmed in the welcoming expanse of Ontario, most particularly in areas of North Bay and Ottawa. Actors Chad Michael Murray and Cindy Busby are common faces in the ever-expanding list of heartwarming Christmas movies. Both of them are passionately devoted to their work and the limitless joy it brings to the rest of the world! Here’s a behind-the-scenes picture shared by Cindy Busby on her social media account!

Television movies are usually filmed in Canada because it is budget-friendly besides having a strong infrastructure that easily accommodates the demands of producers and filmmakers. Moreover, the prospect of hiring Canadian crews and actors also works in favor of production houses acquiring financial grants from the Great White North. Besides that, the landscape serves as an ideal spot for actualizing the directors’ vision of the ideal Christmas setup.

Toying with the Holidays Cast

The cast of ‘Toying with the Holidays’ includes Cindy Busby, who plays the lead character, Danielle Prescott, a single mother wanting her son to learn their family’s most valued Christmas traditions. The Canadian actor is famous for her roles on ‘Heartland, ‘The Vampire Diaries,’ and ‘The Big Year.’ Other than that, Chad Michael Murray plays Kevin Vaughn, Danielle’s high school classmate who is also a toy train enthusiast. You must remember Chad from the WB/CW drama series ‘One Tree Hill‘ and also ‘Gilmore Girls.’

Callum Shoniker portrays Paul Prescott, Danielle’s son, who accompanies his mother on her Christmas endeavor. Shoniker is widely known for starring in Focus’ feature biopic ‘On The Basis Of S*x’ when he was eight years old. Donno Mitoma essays the roles of Mr. Logan. You might recognize the actor from his roles in ‘Stellar’ and ‘Christmas in Love.’