Where Was Hallmark’s Roadhouse Romance Filmed? Who is in the Cast?

Directed by Paul Ziller, Hallmark‘s ‘Roadhouse Romance’ is a romantic drama movie that centers upon an army veteran named Callie. After her grandfather passes away, she has no option but to return to her hometown. But once she is there, Callie realizes that her town is no longer the same and her family-owned BBQ restaurant business is going through some tough times. Furthermore, her first love is now with someone else.

When Callie realizes that she needs to revive the barbecue joint, she becomes obsessed with her newfound goal and accidentally meets a TV producer who inspires her to look forward instead of dwelling on the past. The stand-out performances by a talented cast and the beautiful visuals in the film may intrigue viewers, who may wish to learn more about the Hallmark production. In case you are looking for information on the same, allow us to be your guide.

‘Roadhouse Romance’ was filmed entirely in British Columbia, specifically in Vancouver and Abbotsford. Located in the western regions of the Great White North, the province serves as an important center of film production in North America. So, without wasting any more time, let’s jump right in and learn more about the places that serve as filming sites for the romantic drama.

The principal photography of the Paul Ziller directorial took place in Vancouver, British Columbia. The bustling seaport city reportedly stands in for Callie’s hometown in Tennessee, where she returns after her grandfather’s passing. The ease of availability of filming services coupled with the presence of an expert crew makes Vancouver an attractive filming destination. 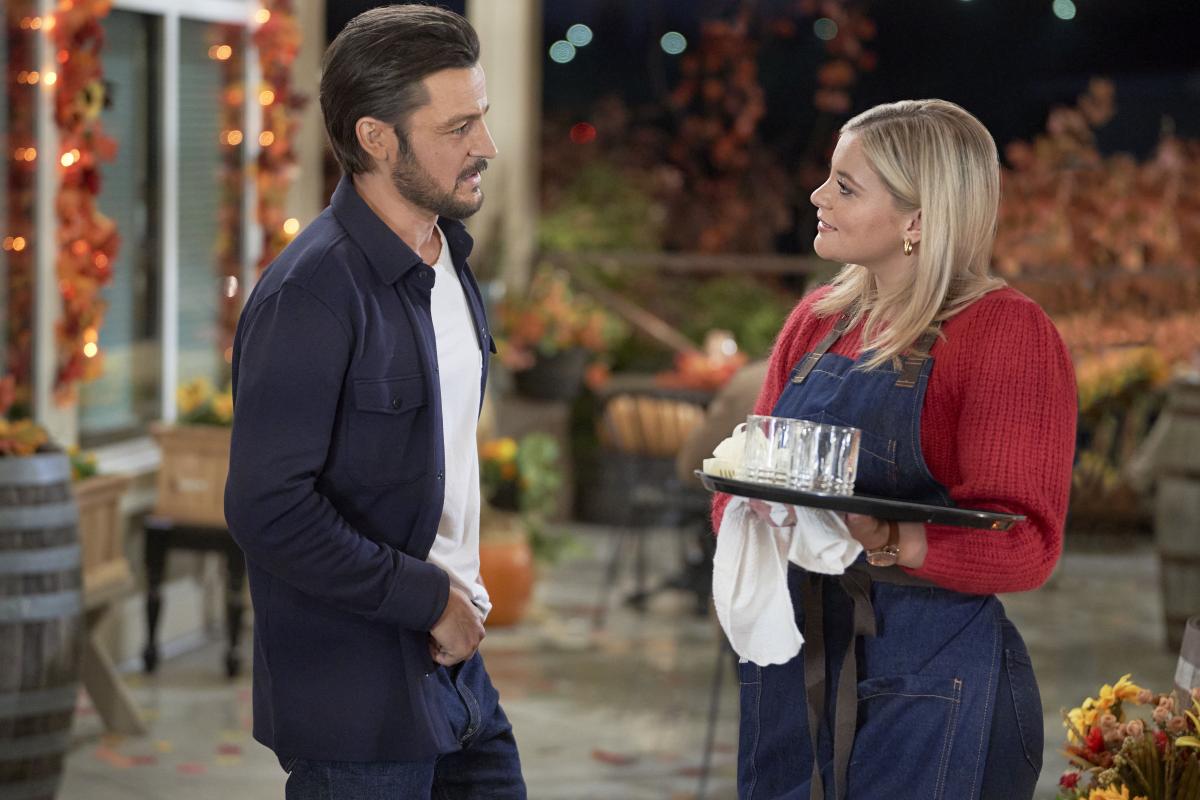 Furthermore, the city has mesmerizing natural locales that include snow-capped mountains, beautiful beaches, and lush green parks. It also has a thriving theater and music scene, which makes it the focal point of entertainment in the region.

A portion of the filming for the movie seemingly took place in Abbotsford. The city is just about an hour’s drive away from Vancouver, and the proximity has helped it attract numerous filming projects over the years. Abbotsford is located in the Fraser Valley Regional District and has consistently ranked as one of the most charitable cities in the Great White North.

In case you happen to visit the city and are looking to have some fun, you can try skydiving, Fraser river safari, fishing adventures, or relax at the Apple Barn at Taves Family Farms, located at  333 Gladwin Road. Abbotsford has hosted several Hallmark productions such as ‘A Timeless Christmas,’ ‘Autumn in the Vineyard,’ ‘Sweet Carolina,’  and ‘Bottled With Love.’ In addition, the Netflix hit TV show ‘Chilling Adventures of Sabrina’ was partly shot in the city.

Lauren Alaina headlines the Hallmark movie by essaying the role of Callie Jackson. You may recall the singer-songwriter as the runner-up of ‘American Idol‘ season 10. She also stars in the television movie ‘Road Less Traveled.’ Tyler Hynes appears as Luke, the TV director who helps Callie deal with personal loss and look forward in life instead of looking back. The accomplished actor, director, and producer is known for television movies like ‘Deadly Double Cross,’ ‘On the 12th Date of Christmas‘ and ‘The Mistletoe Secret.’

In addition, the film stars Sarah Edmondson, who portrays Willa, alongside Kat Ruston, who plays the role of Lynne. While the former is famous for her appearance in the television series ‘Geronimo Stilton,’ you may recognize the latter from ‘The 100.’ Michael Teigen, whose acting credits include ‘Pup Academy,’ ‘Under The HUD,’ and ‘A Gift Wrapped Christmas,’ essays the role of Dan Cartwright in the film. Known for ‘Merry Liddle Christmas Wedding‘ and ‘Cross Country Christmas,’ Adil Zaidi appears as Joe Wilkins. The talented cast of the Hallmark movie also includes Rachelle Goulding as Jillian.