Where Was Honk for Jesus. Save Your Soul. Filmed? 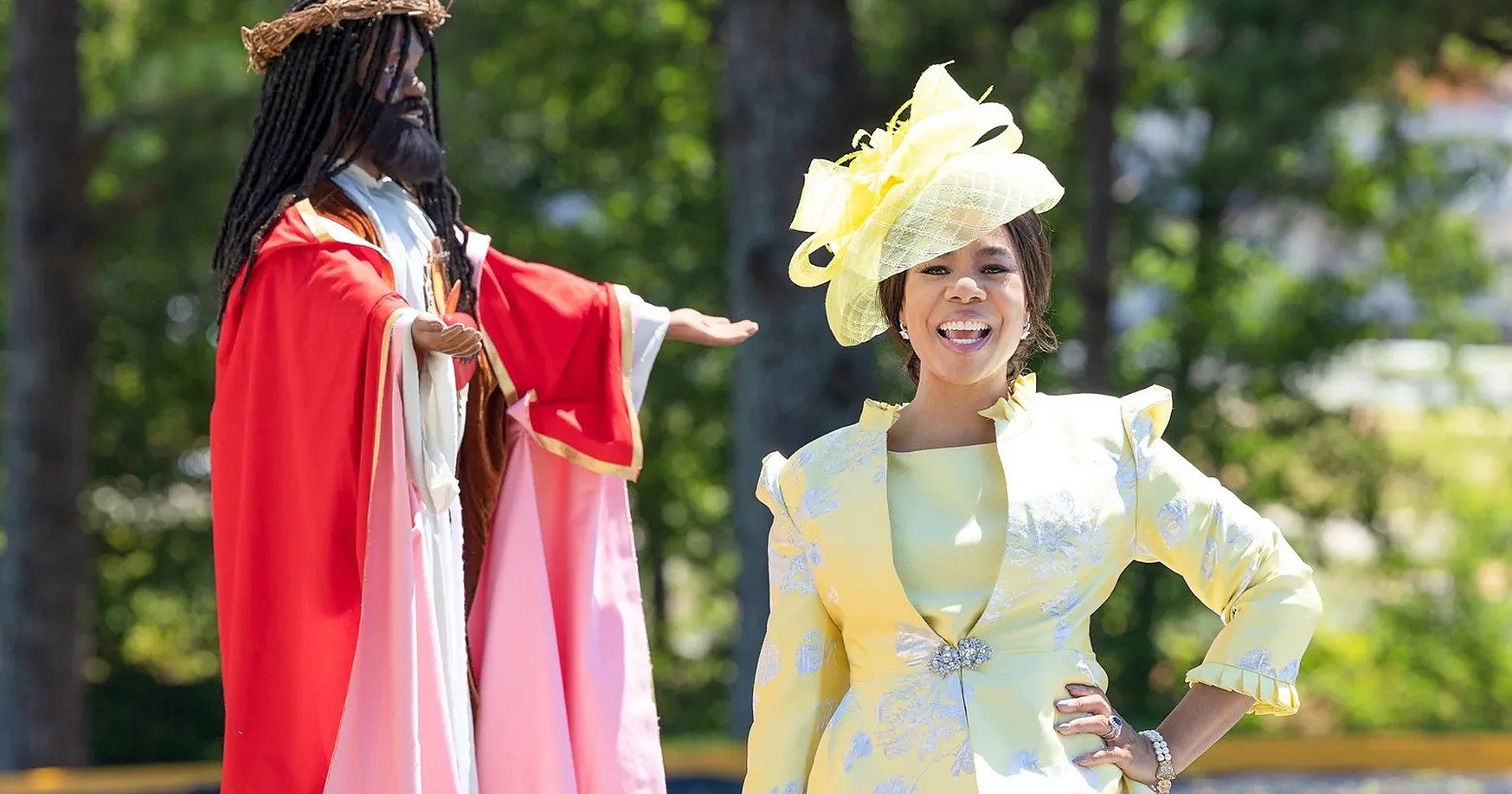 ‘Honk for Jesus. Save Your Soul.’ is a comedy movie written and directed by Adamma Ebo, based on her eponymous 2018 short film. The narrative revolves around Trinitie Childs, the first lady of a prominent Southern Baptist Mega Church, and her husband, Pastor Lee-Curtis Childs, who once served a congregation in the thousands. However, when a shady scandal makes them close their church for a while, the couple must reopen their doors and attempt to rebuild their congregation from scratch to make a grand comeback.

The comedy movie involves several comedic elements and subjects, the most prominent one being the use of satire to portray an organized religion. What makes the narrative all the more entertaining and hilarious is the impressive performances from a talented cast comprising Regina Hall, Sterling K. Brown, Austin Crute, and Nicole Beharie. Moreover, the mockumentary style of filming, coupled with the use of interesting locations, including that of the church, is likely to intrigue you. So, if you wish to learn about the shooting locations of ‘Honk for Jesus. Save Your Soul.,’ we have got you covered!

Honk for Jesus. Save Your Soul. Filming Locations

‘Honk for Jesus. Save Your Soul.’ was filmed entirely in Georgia, specifically in the Atlanta Metropolitan Area. The principal photography for the satirical movie seemingly commenced in June and wrapped up under a month or so in July of the same year. Located in the Southeast region of the United States, Georgia is known for its diverse landscapes, flora, and fauna.

The Peach State consists of approximately 250 tree species and more than 50 protected plants, out of which red cedar, a variety of pines, oaks, hollies, and sabal palmetto are some of the state’s native trees. Now, let’s follow Trinitie and Lee-Curtis as they try to rebuild their congregation and navigate all the specific locations that appear in the movie!

All the pivotal sequences for ‘Honk for Jesus. Save Your Soul.’ were lensed in the Atlanta Metropolitan Area, the most populated metropolitan statistical area in the state. Pivotal portions were taped in Decatur, mainly at the Greater Travelers Rest Baptist Church: House of Hope Atlanta, at 4650 Flat Shoals Parkway. Located in DeKalb County, the city of Decatur hosts several cultural events every year. The cast and crew also visited Atlanta, Georgia’s capital city, to record several scenes against suitable backdrops.

There are several contributors to the metropolitan area’s economy, including aerospace, logistics, healthcare, transportation, news and media operations, finance, information technology, and film and television production, to name a few. Atlanta and the surrounding areas are home to numerous ethnic and national Christian congregations, including Indian and Korean churches; there are more than a thousand places of worship in Atlanta. Apart from ‘Honk for Jesus. Save Your Soul.,’ the region has served as a filming site for different movies and TV shows, such as ‘Day Shift,’ ‘After,’ ‘Ozark,’ and ‘Moon Knight.’

Read More: Is Honk for Jesus. Save Your Soul. Based on a True Story?