Where Was Lifetime’s Harry and Meghan: Escaping the Palace Filmed? Who is in the Cast? 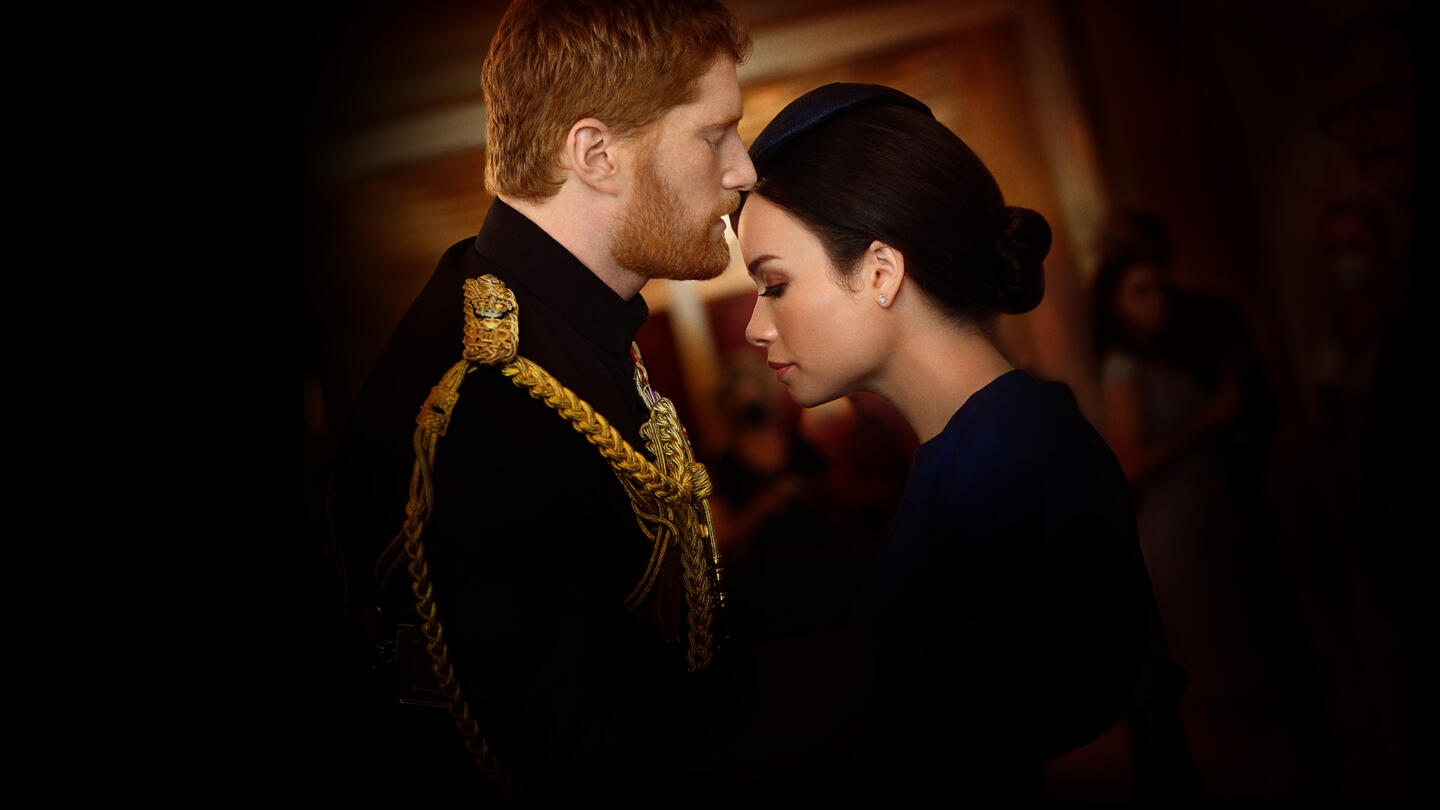 Directed by Menhaj Huda, Lifetime‘s ‘Harry & Meghan: Escaping the Palace’ is a drama movie that revolves around the controversial exit of Prince Harry and Meghan Markle from the British monarchy. While focusing on the internal conflicts and strife in the blue-blooded family, the movie offers an insight into the feelings and insecurities of the couple, which ultimately forced the Duke and Duchess of Sussex to move to the United States.

It is the third installment of the ‘Harry & Meghan’ franchise. With compelling performances from a star-studded cast, the Lifetime movie was filmed in locations that ideally reflect the lifestyle of Prince Harry and Meghan Markle after their stepdown as working members of the Royal Family. So, it’s natural for the viewers to be curious about the film’s cast and production details. In case you are looking for similar information, we have got you covered.

‘Harry & Meghan: Escaping the Palace’ was shot in several locations in British Columbia. The production of the Lifetime movie reportedly commenced on May 17, 2021, and it wrapped up in the following month on June 10, 2021. In order to learn more about the filming process, we decided to investigate further, and here is everything we have found.

The principal photography of the Menhaj Huda directorial primarily took place in Vancouver. Popularly known as the Hollywood North, the seaport city is an important center of film and television production in the Great White North. Filming took place in various parts of the city. The Vancouver Club, located at 915 West Hastings Street, serves as one of the filming sites. Established in 1889, the social club offers space for people to reconnect, relax, dine, and celebrate special occasions.

A number of scenes were filmed in Shaughnessy, an upscale residential neighborhood in Vancouver. Filming was specifically carried out at the Hycroft Manor on 1489 McRae Avenue. The mansion was mostly used to shoot the scenes set in the UK. The stately heritage building is considered one of the most haunted places in the city. Over the years, it has attracted several paranormal researchers to the 20,000-square feet-estate. Interestingly, it is also a popular wedding venue in the neighborhood.

The cast and crew were spotted filming some scenes in Abbotsford. The city is located adjacent to the Canada–United States border and is famous for its farm country. Filming in the city reportedly took place in some outdoor locations and a few private properties. Thanks to its proximity to Vancouver, Abbotsford has, over the years, gained the status of a much sought-after filming location in the region. Movies like ‘Cold Feet and a Cold Case.’ ‘As Luck Would Have It,‘ ‘Spotlight on Christmas,’ and ‘Lonestar Christmas‘ were all filmed in Abbotsford.

Part of the Lifetime movie was shot in Langley, which is usually referred to as Langley City. Although it has several places worth visiting, Douglas Park stands out. The park has a permanent stage that offers ideal facilities for live performances and theater productions. A few shots, reportedly set in North America, were taken around the waterfront hills in West Vancouver, a municipality that lies just a few miles northwest of Vancouver.

The Lifetime movie stars Sydney Morton, who essays the role of Meghan Markle. The actress is best known for her performances in ‘Self Made: Inspired by the Life of Madam C.J. Walker’ and ‘Manifest.’ Jordan Dean, whom you may recognize from ‘Z: The Beginning of Everything’ and ‘The Punisher,’ appears as Harry. Laura Mitchell plays the role of Kate Middleton. Some of her notable credits are ‘A Picture Perfect Wedding’ and ‘Love at Cedar Creek.’